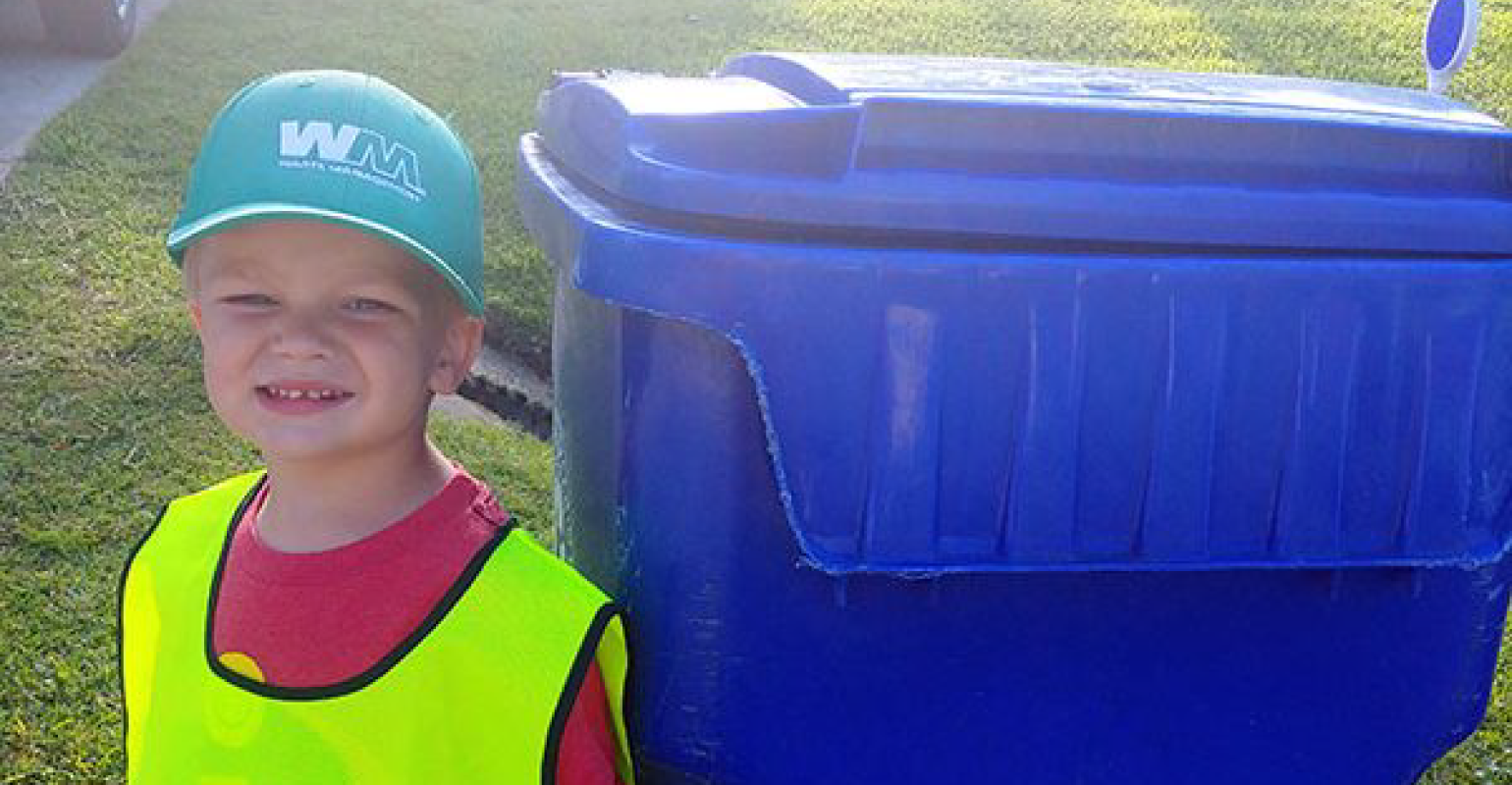 Three-year old Roman Kane loves garbage. He loves garbage so much that he has started his own trash can retrieval business in Sebastian, FL.

Roman has also befriended the sanitation workers and of course, trash day is his favorite day of the week.