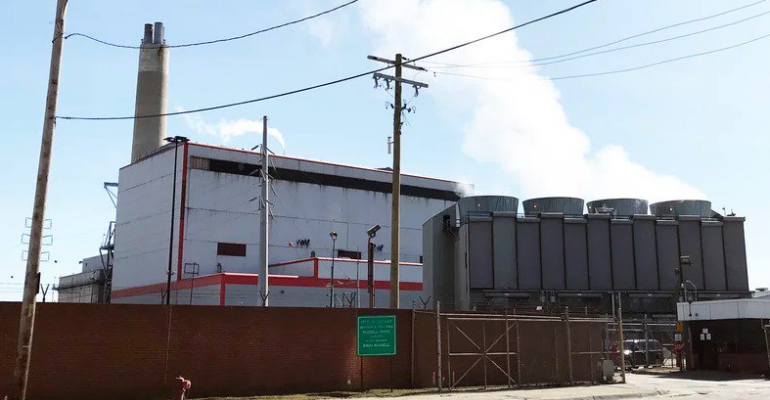 “Serving our community and being a good neighbor for years to come is our number one priority. The decision ends the odor, noise and other community nuisances and allows Detroit Thermal to focus on investing where it matters,” said Grzech in a statement. “Ceasing operations at the waste-to-energy plant gives us the ability to focus more on Detroit Thermal infrastructure, improving the condition of the underground steam system and the streets.”

According to the Detroit Free Press, the decades-old incinerator has been a source of ire and frustration for many nearby residents who have complained for years about pungent odors and noise from the facility.

Detroit Renewable Energy today announced it will cease operations at its waste-to-energy facility, eliminating a source of odor and noise complaints from neighborhood residents. The Detroit Thermal steam system will be fueled by low-cost natural gas.

DRE noted that customers on Detroit Thermal’s underground steam system will experience no interruption in service as a result of the closure. DRE said it is working with its union, government and corporate partners throughout metro Detroit to secure training and jobs for the plant’s nearly 150 displaced workers.

Shortly after DRE’s announcement was made, the Breathe Free Detroit Campaign issued the following statement:

Those of us in the Breathe Free Detroit Campaign have been working for years for Detroiters’ right to breathe clean air, for just transition for workers and residents once the incinerator closed, and movement toward zero waste. We celebrate the closure of one of the world’s largest incinerators, a facility that has been a bad neighbor for over 30 years, unable to comply with Clean Air Act laws and odor restrictions. This is a great victory for the community and public health.

We will continue to pursue environmental justice with our goals of protections for the workers and residents and working toward serious reducing, reusing and recycling efforts to produce zero waste.

Incinerator operators made substantial profits from the labor of the workers and we are glad to hear that Mayor Mike Duggan supports the corporation’s efforts to find comparable wages and benefits for the laid off workers. We also hope those new jobs don’t harm human health. Also, residents deserve protections not to be priced out or pushed out of one of Detroit’s most rapidly gentrifying neighborhoods. We still produce too much waste and city leaders need to take the lead in waste reduction. This is an opportunity for Detroit’s elected leaders to help reduce global warming and move toward environmental justice and a healthier future.

Of course, the Breathe Free Detroit Campaign welcomes the closure of a polluting facility and we look forward to a new chapter in Detroit’s movement toward dealing with the challenges that remain for workers, residents and for all Detroiters. With that said, today is a good day and we thank the community for standing up to corporate interests and winning.

The act was developed by the national environmental justice nonprofit Energy Justice Network in conjunction with the Baltimore City Health Department, which will enforce the law. The act mandates real-time monitoring of 20 pollutants at the city’s two waste incinerators by September 2020 and requires that they meet the strongest standards in North America for four major air pollutants: mercury and sulfur dioxides by September 2020 and dioxins and nitrogen oxides (NOx) by January 1, 2022.

“Wheelabrator is the largest stationary source of pollution,” said Dante Swinton, an environmental justice researcher and organizer for Energy Justice Network, in a statement. “At 36 percent of the total, it’s three times worse than the second-largest polluter in the city.”

In February, the National Waste & Recycling Association (NWRA) sent a letter to the Baltimore City Council urging it to reconsider its proposed air quality regulations. NWRA noted that the regulations would require the installation of monitoring equipment that is costly and may not accurately measure the air emissions as required by the rule. NWRA went on to say that the Wheelabrator and Curtis Bay facilities are already regulated by strict state and federal regulations.

Neither Wheelabrator nor Curtis Bay Medical Waste responded to Waste360’s request for comment.

The Baltimore Clean Air Act is the seventh climate- or waste-related policy the City Council has supported over the last two years. The city has passed several resolutions focused on climate change, zero waste and NOx reductions from the Wheelabrator facility. The city also passed a polystyrene ban last year.

The act was championed by Baltimore Councilman Ed Reisinger, whose district includes the two incinerators as well as the city’s public landfill.