The Seismic Shift Afoot: From Disposable to Reusable 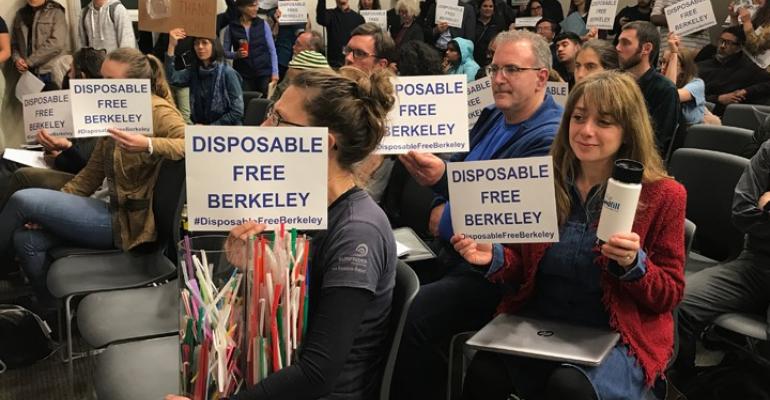 Berkeley, Calif., residents and businesses showed strong support for the city’s new disposable-free dining policy.
We are no longer talking about making disposable products less bad with incremental steps toward more recycled content. We are focusing on the the transition to reusables and a reuse industry.

There is no doubt that 2018 will be remembered as a pivotal year for both recycling and plastics. But what’s unfolded so far in 2019 might blow it all out of the water. In just one week, we saw two big events that simultaneously represent a seismic shift away from disposable to reusable.

I’m talking about the city of Berkeley, Calif.’s ban on single-use disposable foodware and the announcement of Loop, the first online refillable packaging service. While both have seen significant air time, it’s taken together that these two events signify a shot across the bow at business models based on a throw-away culture. These actions changed the conversation: We are no longer talking about making disposable products less bad with incremental steps toward more recycled content. We are not looking to recycle our way out of this problem. And we’ve finally thrown away the idea of disposable. Now, it’s about how we transition to reusables and a reuse industry.

Berkeley: The Pace Car for the Environmental Movement

Let’s start at the local level and the significance of Berkeley’s policy. While there has been a wave of action to ban plastics across the U.S., from straws to bags, Berkeley took aim, not just at plastics but at disposables as a whole. If you are eating at a restaurant, they can no longer serve you with disposable food and beverage packaging (i.e. your Big Mac will soon come on a reusable plate when you dine-in). Speaking of McDonald’s, even the company spoke in support of the policy at the council meeting, which was a huge nod to all the hard work done in Berkeley to build support among the business community.

Together the city and its businesses negotiated a three-year transition period and a slew of tools and funding to help businesses get there. Takeout containers will stay disposable for a while, but change is happening there, too. All to-go ware must be reusable or compostable, there is a 25 cent fee on disposable cups to discourage their use and Berkeley will launch a citywide reusable takeout foodware program within three years. So, take note, disposable takeout containers: your days are also numbered.

Berkeley’s policy represents a mammoth shift up the waste hierarchy, from recycling to reuse. Despite how much we talk about putting reduce and reuse first, we rarely actually do. Local communities almost always default to managing recycling because it is within their influence. Berkeley just redefined the boundaries of local policy. As one council member remarked, this is a small leap of faith forward for the city, but it’s a loud message to industry that communities (and their streets and waterways) will no longer be the literal dumping ground for single-use disposable packaging, be it paper or plastic, recyclable or compostable.

And as Berkeley goes, so does the nation. The city has a long history of environmental firsts, so much so that it was aptly named “the pace car of the environmental movement” by Greenpeace USA Executive Director Annie Leonard as she wrapped up public comment during the city’s meeting. This is where the significance of the city’s action also matters: Cities from around the country are lining up to follow suit, which further amplifies the power of the message to industry that disposable has got to go. With disposable headed out, that creates opportunity for a new industry aimed at providing reuse services. In fact, there were new reuse businesses at the Berkeley meeting, such as mobile dishwashers ready to help create the local infrastructure and services to transition to a reuse economy.

Will Loop be the Disruptive Shift?

On the industry side of things, it seems the message was heard. In fact, it’s probably fair to say industry saw it coming and was one step ahead. Not a day later than Berkeley’s policy was adopted came the news about Loop, a completely new approach to packaging that delivers reusable, refillable containers carrying many of your favorite brands through a new online shopping platform.

Loop comes amid a massive uptick in global brands making some fairly bold commitments to improve their packaging and reduce plastics. In fact, there have been so many announcements that it can be hard to keep up with whose is the latest or the biggest. But to date, all of these efforts have been about making disposables less bad by making them compostable, adding more recycled content or trying to recycle more of them.

Loop doesn’t make disposable better—it rejects disposable all together, and that’s why it’s a much bigger deal. Loop is disruptive: It’s about rethinking the consumer experience and redefining our relationship with convenience. 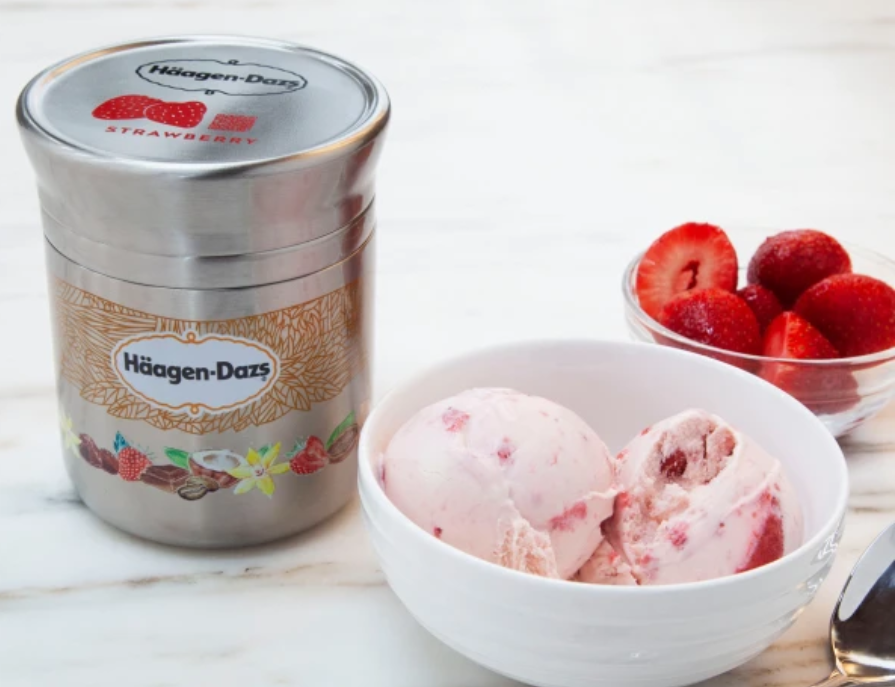 Of course, with any new business venture, there are legitimate doubts about Loop’s success: Will customers like it, will they “get it” and understand how to participate, can it scale up and how do we make it more localized to reduce the transportation impacts? Some skeptics argue that while plastics are clearly having their moment in the spotlight, it won’t be long until our short attention spans latch onto the next big thing and all this will fall by the wayside. However, I see four reasons why Loop could be far more than just a passing fad:

Our Role as the Recycling Industry: Our Transition to Servicing the Circular Industry

We have a tremendous challenge ahead of us. Convenience is engrained into our lifestyles, and perhaps more importantly, the business model of most consumer goods brands. We have to shift together, and Loop and Berkeley just showed us the path. Neither is a silver bullet that solves our plastic crisis or our waste crisis, but they are giant steps in a welcome new direction, and we need to help them succeed. 2018 brought recycling to its knees, and it is time we think big and redefine ourselves, too. The truth is plastics recycling is mostly BS, and it’s time we come clean that downcycling is really only a band-aid, a short-term way to postpone plastics inevitably ending up in our landfills or oceans.

Right now, we help disposables look less bad by recycling some of them some of the time. Reduce and reuse get little more than token air time. Loop and Berkeley prompt us to wonder: How can we be service providers in the reuse industry, what would it look like to collect reusables from households and redistribute them? Recycling isn’t the end game; it’s just part of the transition to a circular economy, and we have to keep going from where we are.