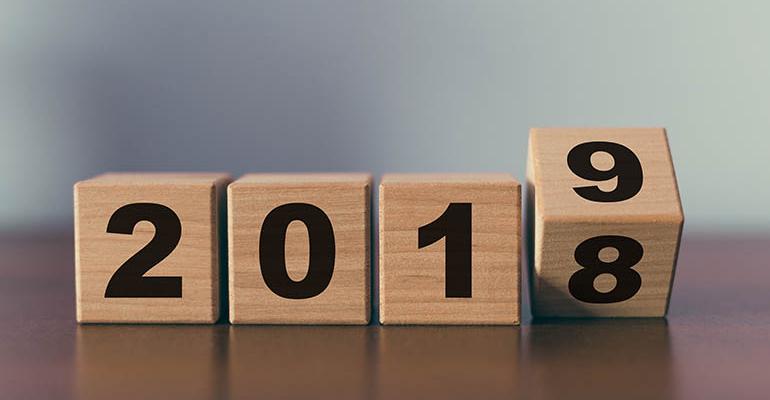 In part one of a two-part series this week, experts touch on the topics of China’s waste import ban and contamination standard, technology, acquisitions, the economy and the proposed infrastructure bill.

In part one of a two-part series this week, industry experts discuss the impact of China’s waste import ban and contamination standard, how technology continues to transform the industry, some of the most memorable acquisitions of 2018, the current state of the economy and what they hope to see from the proposed infrastructure bill. Read part two here.

2018 was a busy year for the waste and recycling industry. The year began with the implementation of China’s waste import ban and contamination standard, which produced many challenges (and some opportunities) for the recycling sector.

But despite the challenges of recycling, solid waste fundamentals remained strong throughout 2018. A number of acquisitions, both large and small, were completed and investments were made in technology, fleets and employees to improve operations and safety.

The Trump administration brought a number of ideas to the table, some of which could impact the industry. And as we move into the new year, the industry is keeping a close eye on the moves out of Washington, D.C., particularly the proposed infrastructure bill and the possible new U.S. Environmental Protection Agency (EPA) head.

In January 2018, China instituted a waste import ban on 24 kinds of solid wastes, and in March, the country issued a new contamination standard of 0.5 percent. These restrictions, which are the first of various new restrictions that will be going into effect over the next few years, have caused many challenges for the recycling industry as it scrambles to find both short- and long-term solutions for handling materials.

“As expected, the implementation and impact of China’s waste import restrictions was one of the dominant and recurring themes of 2018,” says David Biderman, executive director and CEO of the Solid Waste Association of North America (SWANA). “Fluctuating commodity prices, the one-month suspension of Chinese inspections of outbound materials in May and the broader U.S.-Chinese trade dispute, which culminated in the imposition of a 25 percent tariff in August on many scrap imports into China, are among the factors that made this a very challenging year for recyclers and local governments.”

“However, over the past few months, there have been some promising signs that the worst may be over,” adds Biderman. “A number of companies, including Chinese companies, are investing in U.S.-based processing facilities. This will, over time, expand domestic recycling capacity and reduce America’s dependence on export markets. The U.S. EPA held a recycling summit in November, where a wide variety of recycling stakeholders, including SWANA, signed a pledge to work together to develop better recycling systems and programs. EPA is taking initial steps to develop an action plan to implement that pledge, and a meeting will take place at SWANApalooza in Boston in late February among the stakeholders.” 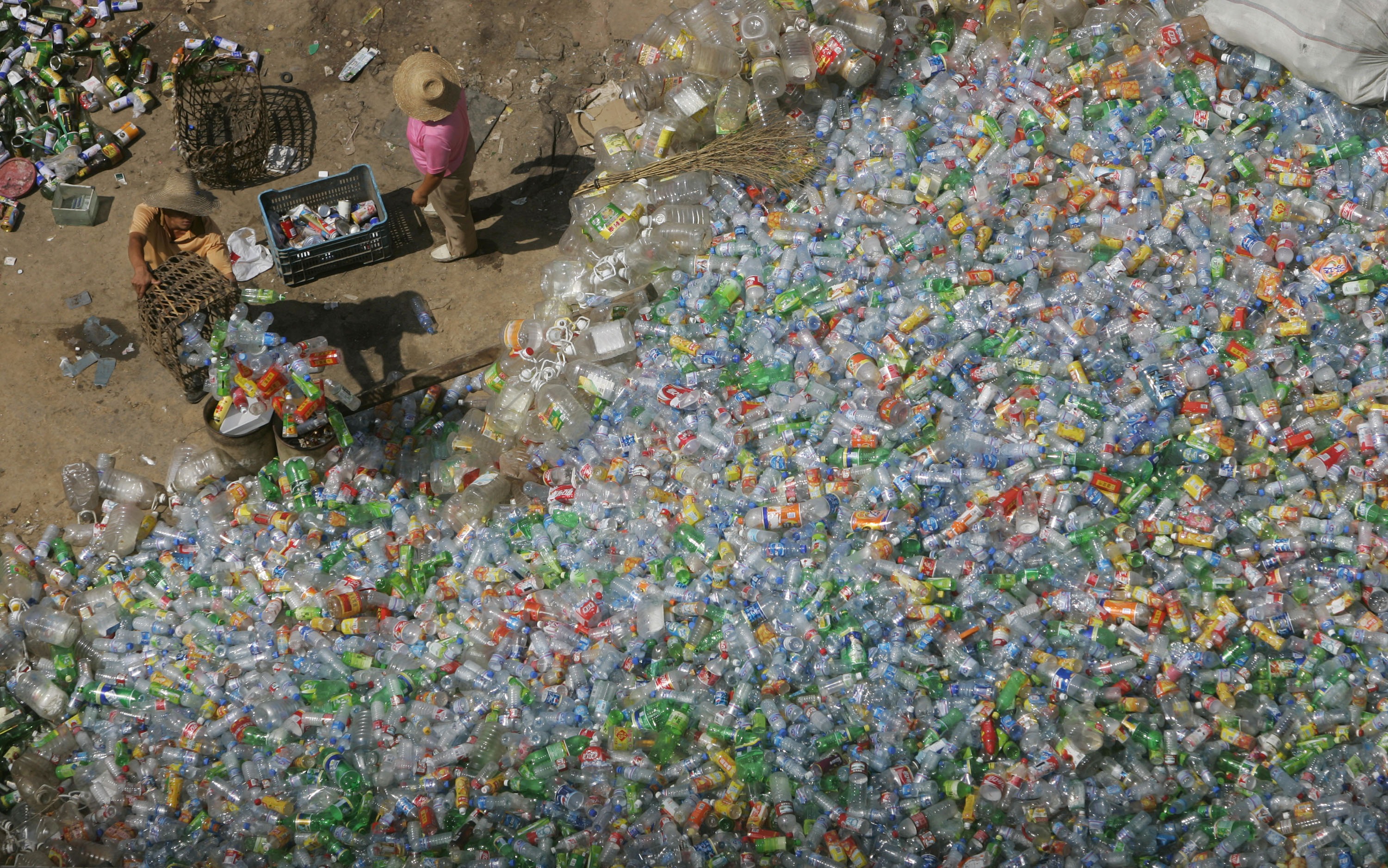 In addition to SWANA, the National Waste & Recycling Association (NWRA) has been a voice for the industry when it comes to communicating with government officials and lawmakers about the moves coming out of China.

“The recycling landscaping is changing, and the industry continues to adjust to China’s restrictions on imported recyclables,” says Darrell Smith, president and CEO of NWRA. “NWRA continues to elevate the issue with lawmakers and administration officials. Our members are making significant investments in labor and technology to reduce contamination at facilities, as well as educating customers on smart recycling practices to reduce contamination in the recycling stream. NWRA is closely following developments and regularly produces a report to our members on how the industry is responding to China’s policies.

On December 31, 2018, China banned 16 types of solid waste, including compressed car scraps and scrapped ships, from import, causing more havoc for certain scrap recyclers. And on December 31, 2019, the country will ban another 16 types, including stainless steel scraps, from import. Although these changes present challenges, Robin Wiener, president of the Institute of Scrap Recycling Industries, Inc. (ISRI), has seen the highs and lows of the industry over the course of her career and stresses that this industry has strong bones.

“I have seen a lot of ups and downs over the years, and what happened with China has certainly been the most dramatic,” says Wiener. “One of the things that has always impressed me about this industry is how resilient and innovative this industry is, and I really saw it kick in this year. I am impressed with how the industry is handling things, and although things have been difficult, the industry has started to adapt and shift its models. That said, I think there was a lesson learned for everyone and more diversification is certainly a strategy going forward.” 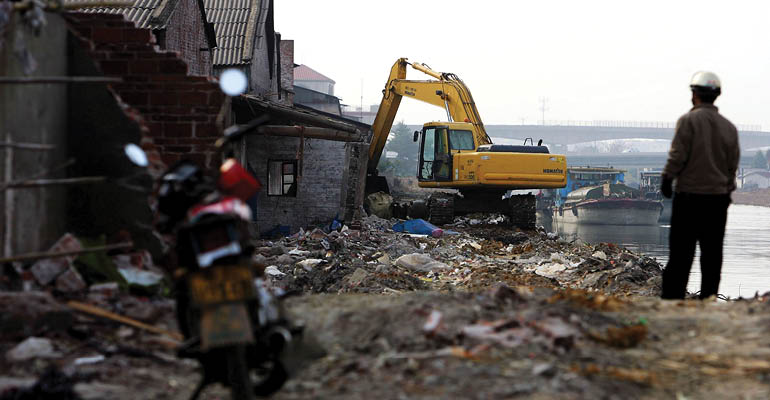 Technology Continues to Transform the Industry

In 2018, the waste and recycling industry ramped up its use of robotics, advanced sensors, mobile apps, the Internet of Things, drones and driverless trucks, as a variety of new and improved smart technologies came online. These technologies, along with many others, have been used to enhance operations, make some processes simpler and improve safety.

“Technology has had a positive impact on the industry, from more fuel-efficient vehicles, to camera systems that help with crash and incident investigation, to improvements designed to make the industry safer like motion detection,” says Smith. “[However,] technology has also had a devastating effect. With the proliferation of mobile phones and in-car infotainment systems, we have seen more fatalities from distracted driving. As we work to make our industry safer, I believe we need big wins like automatic collection if we are to dramatically reduce injuries and fatalities among waste and recycling collectors.”

In addition to using technology to improve safety and operations, companies have been turning to smart technologies to make better decisions. According to Biderman, “there is a growing recognition that data analytics is a critical part of operations, and there’s a broader awareness by haulers and local governments of all sizes of the need to use more data in making decisions.” 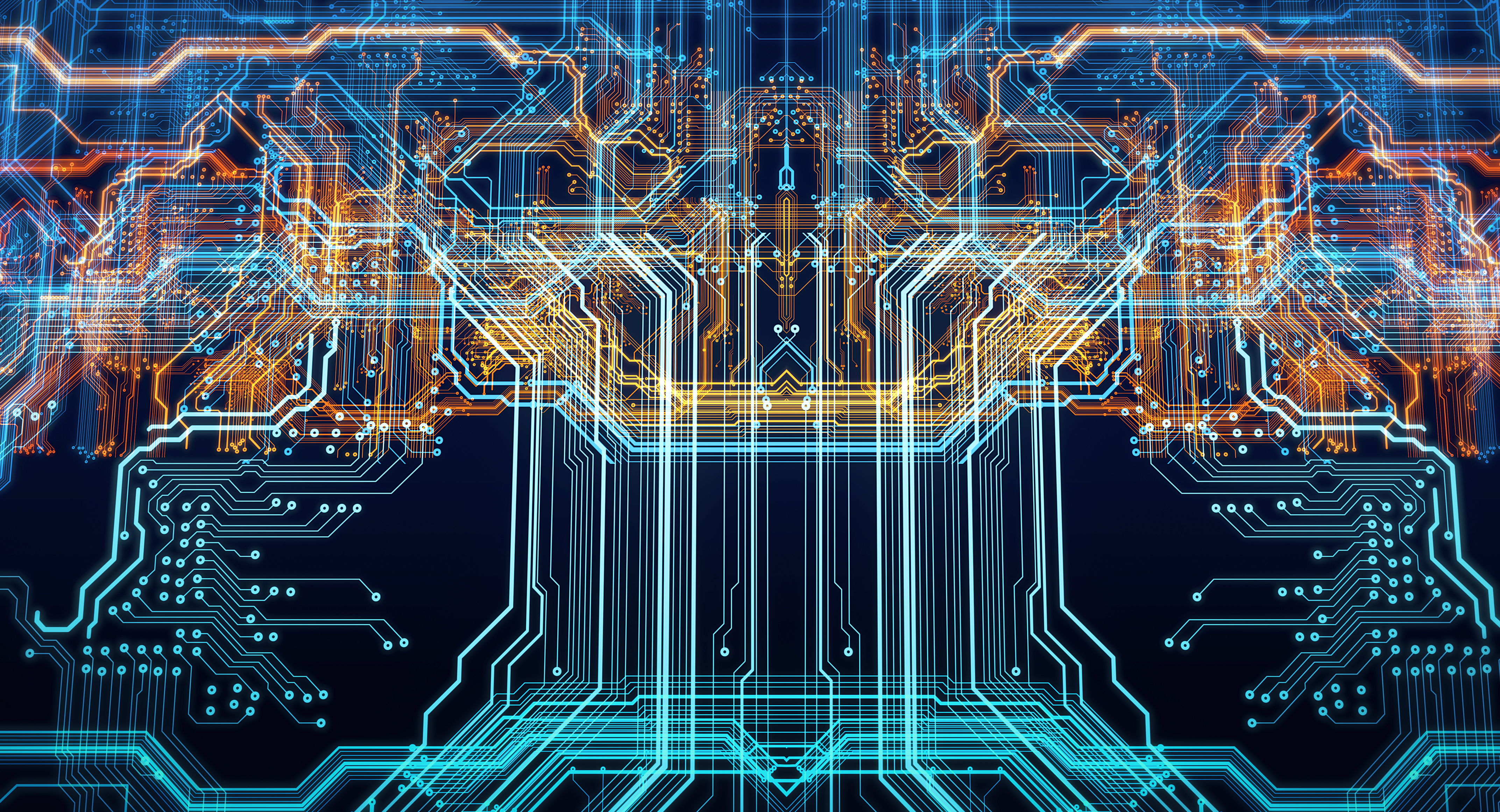 As we enter 2019, industry experts predict that the use of smart technology will continue to grow, as the industry works to clean up recycling streams, improve safety, strengthen operations and create new job opportunities.

“The role of technology has always been very important to the industry, especially in the last 50 years or so,” says Wiener. “We have seen a continued investment in advanced technology by both foreign and domestic companies, and that investment has helped improve material quality and create additional jobs. Going forward, we will continue to work with these companies to target what we haven’t been able to recycle yet and to improve the quality of the material we are currently recycling.”

2018 was a year of consolidation for the waste and recycling industry, with two large mergers and a number of smaller, notable acquisitions.

“The past year saw a substantial number of acquisitions, including major deals such as GFL purchasing Waste Industries and Macquarie buying Wheelabrator,” states Biderman. “Improved economic conditions and more favorable federal tax laws certainly created a tailwind for the uptick in transactions, including numerous tuck-ins, and I expect this trend to continue into 2019.” 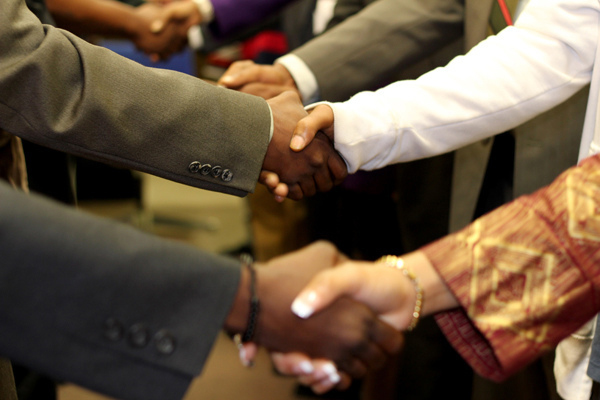 Despite the strong headwind of recycling, solid waste fundamentals remained strong in 2018. And according to Michael E. Hoffman of Stifel, by year-end, the group was on pace to outperform the market for the fifth year in a row.

“It took a while, but solid waste fundamentals finally convinced the market that recycling would not spoil the party,” states Hoffman. “Two issues dogged solid waste in 2018: revenue recognition and recycling, which was fundamental but pressured margins aggressively. Initially, the two items overshadowed just how good solid waste fundamentals were, with reported price improving throughout the year and, in most cases, at least covering the internal cost of inflation. Reported volumes spanned a wide range, with companies up against tough comparisons due to non-regrettable losses, hurricanes and large volume special waste projects in 2017 that would not repeat in 2018. Cost of inflation was well under control with price and fees for labor and fuel but was pressured for double-digit increases in freight that came on fast and steep.”

The U.S. economy growth also exceeded 3 percent in 2018, which caused solid waste volumes to increase. However, according to Biderman, many economists believe that growth will slow down in 2019 to between 2 and 3 percent.

“Recent volatility in the stock market, as well as concerns about U.S.-China trade relations, Brexit, rising interest rates and the ongoing political turmoil in Washington, have inserted some cautionary notes for the U.S. economy in 2019 and beyond,” explains Biderman. “Several economists have noted that the current economic growth cycle is in its 10th consecutive year and that we are due for a recession soon. I hope this is not correct, but the law of averages suggests a recession is coming.”

Trump Administration Causes Some Uncertainty for the Industry

President Donald Trump made and proposed a number of moves and plans in 2018 that could potentially affect the waste and recycling industry. And one of his biggest plans that the industry is playing close attention to is the infrastructure bill, which could help improve bridges, roadways and ports and support more recycling and reuse efforts.

“The midterm elections were the highlight of 2018 for political junkies, with Democrats winning a majority in the House of Representatives and Republicans slightly expanding on their slender majority in the Senate,” states Biderman. “A divided Congress may make it more difficult for anything substantive to get passed and to President Trump’s desk, but a bipartisan candidate would be an infrastructure bill that provides funding for rebuilding and repairing America’s roads, bridges and tunnels. Along with other interested parties, SWANA is advocating for the inclusion of recycling in the infrastructure bill, with funding to be allocated to local governments and the private sector for purchasing equipment, upgrading facilities, education and outreach. It’s too early to make any predictions concerning whether these efforts will be successful, but it is one of SWANA’s top federal priorities for the coming year.” 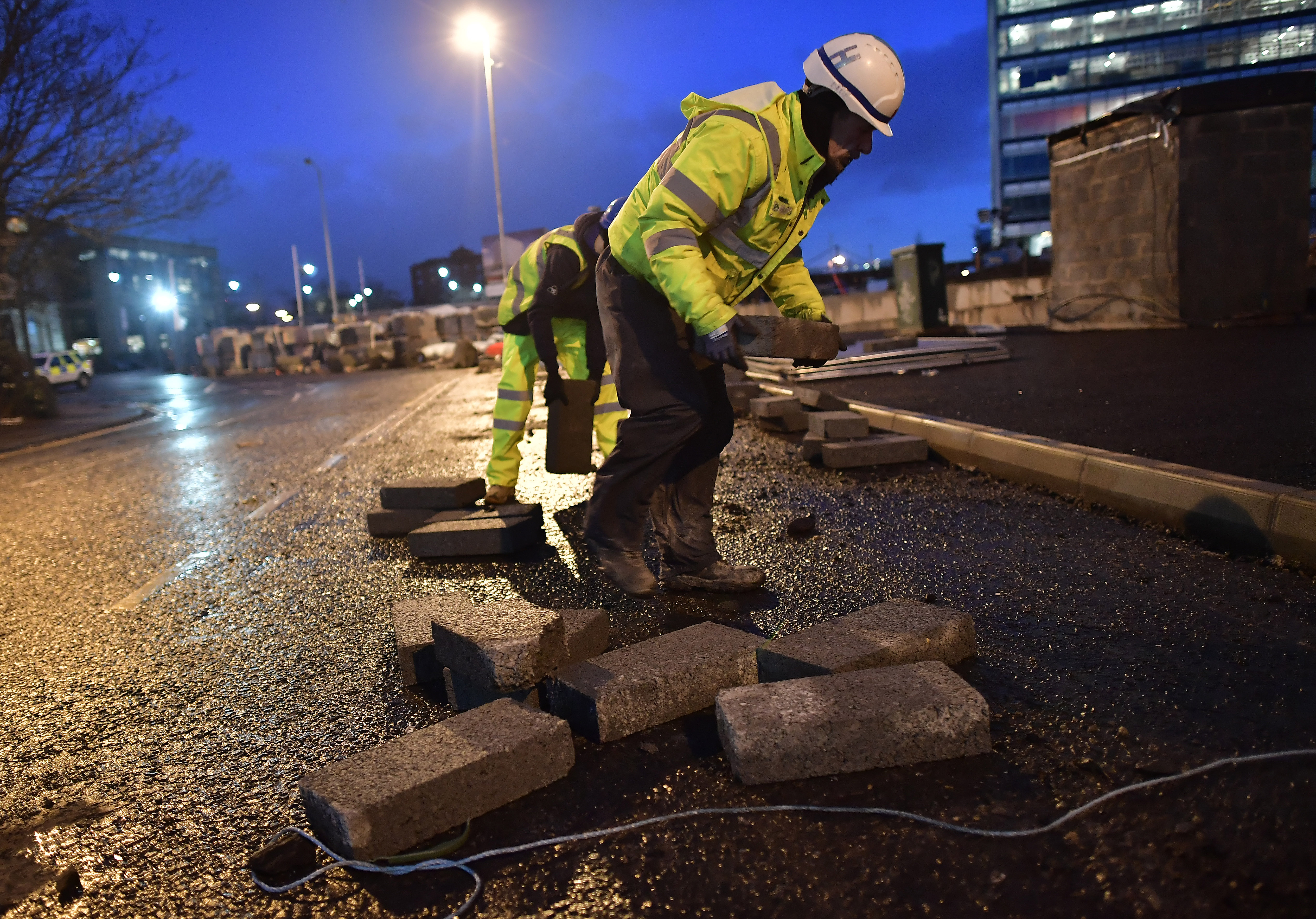 “We also need an investment that includes an investment in recycled material,” adds Wiener. “We will do everything we can to advocate for increased use in recycling materials for infrastructure spending, and we are hopeful that there is going to be progress on this issue. We are also going to work hard to get members of Congress on either side of the aisle on board, but it’s hard to predict what is going to happen.”