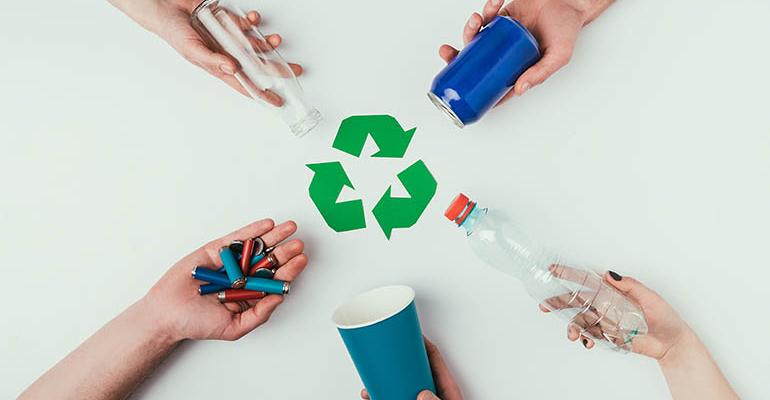 A survey commissioned by Covanta found 62 percent of respondents worry that a lack of knowledge causes them to recycle incorrectly.

Americans don’t know how to recycle—and that lack of knowledge is the biggest barrier to being green, according to new research.

A survey of 2,000 Americans revealed that 62 percent of respondents worry that a lack of knowledge is causing them to recycle incorrectly. And results found that fear to be substantiated—a high percentage of respondents struggled when quizzed on whether different materials could be recycled.

Commissioned by Covanta and conducted by OnePoll in advance of Earth Day, the survey found that despite good intentions, Americans face a variety of barriers when trying to live sustainable lives.

More than half of respondents (53 percent) erroneously believe greasy pizza boxes can be recycled, while 68 percent incorrectly think the same for used plastic utensils. Twenty-two percent of respondents report not having enough information regarding recycling, and 18 percent admit they don’t understand what can and can’t be recycled.

In addition to a lack of knowledge, Americans struggle with the cost to purchase environmentally friendly products (41 percent) and face a lack of access (38 percent) when trying to be green.

“While done with good intentions, many Americans are practicing aspirational recycling—tossing things into recycling bins that they think should be recycled, rather than what can be recycled,” said Paul Gilman, chief sustainability officer at Covanta, in a statement. “This practice has led to the contamination of recyclables and a crisis in the market.”

Only 31 percent say they always recycle a recyclable item, leading the average respondent to throw away five items a week that could have been reused or recycled, even when specialty recycling programs are available for specific items. For example, 38 percent of those surveyed report throwing used ink cartridges into the trash and 24 percent do the same with plastic bags instead of using widely available recycling programs for these items.

Beyond being thwarted in their recycling efforts by a lack of knowledge, other reasons given for not recycling include a lack of convenient access (39 percent), a lack of space for extra bins (35 percent) and a lack of time to separate recyclables (29 percent).

In addition to recycling, there are other ways to live a sustainable lifestyle, such as reducing consumption of materials that wind up in the waste stream. But when it comes to limiting waste, few respondents report taking steps to do so—just three in 10 avoid using plastic water bottles on a weekly basis, while 29 percent avoid plastic straws.

According to the survey, respondents care so much about the environment that 83 percent would be willing to pay more money every month if it meant they lived a zero waste lifestyle, with a fifth willing to shell out more than $6,000 per year.

“We can all do our part to protect the planet,” continued Gilman. “It starts with striving for more sustainable waste management in our daily lives, which can be one of the best mechanisms to help combat global climate change and reduce environmental impacts. By taking steps to reduce waste sent to landfills, reuse what we can and recycle the right way, together we can make a big difference.”

According to the survey, here is what Americans are doing in support of Earth Day:

According to the survey, these are the top reasons Americans recycle more often: