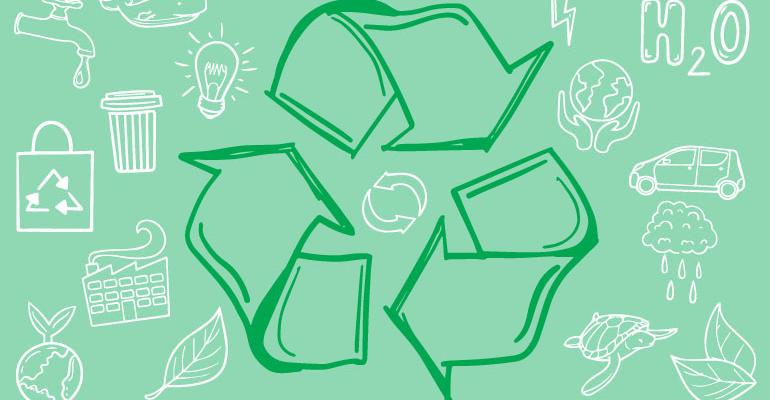 Here are some of the events taking place in celebration of the second annual Global Recycling Day.

For the second consecutive year, on what has been dubbed Global Recycling Day, the Global Recycling Foundation is urging the recycling industry to take heed of the UN’s Paris Climate Agreement (COP24 agreement) and continue to play its frontline role in preserving the planet’s resources and improving the circular economy. It is also calling on recycling businesses and organizations across the globe to impress on their local communities, municipalities and governments to take action.

As part of this year’s Global Recycling Day on March 18, the theme “Recycling into the Future” will focus on the power of youth and education in ensuring a brighter future.

The COP24 agreement seeks to promote greater international cooperation, which is a key pillar of the Global Recycling Day campaign. In 2018, Global Recycling Day campaigned for world leaders to commit to seven key areas, including implementing a focus on international legislation, increased education regarding recycling and awareness around the key issues.

“The Global Recycling Foundation applauds the achievement at COP24 in reaching this agreement and the commitment to tackling climate change,” said Ranjit Baxi, founding president of the Global Recycling Foundation and president of the Bureau of International Recycling (BIR), in a statement. “It’s our responsibility and collective duty to protect our planet. Recycling and the circular economy are crucial to achieving this and beating climate change. We also welcome Defra’s new strategy of working with packaging manufactures to promote responsible disposal and recycling of goods—such strategies are key to growing a circular economy.”

Due to the success of Global Recycling Day 2018 with more than 13 million people across the world taking part in celebrations of the initiative, the Global Recycling Foundation was launched by BIR in October 2018.

As communities and individuals around the world come together today to celebrate the second annual Global Recycling Day and as a sponsor of the event again this year, the Institute of Scrap Recycling Industries (ISRI) is calling on businesses, communities, policymakers and individuals to increase their commitment to recycling and recognize scrap as an important resource. Recyclable materials are valuable commodities that play a pivotal role in environmental protection, energy conservation, and sustainability.

“ISRI is proud to play a leading role once again in Global Recycling Day,” said Robin Wiener, president of ISRI, in a statement. “As a society, it is imperative that we start considering recyclables to be the planet’s seventh and most important resource. Recyclables are a resource that can be used over and over again so that we do not exhaust our natural resources.”

“With an increasing global population and growing levels of consumption, conserving our resources is more important than ever before,” added Wiener. “Whether the focus is ocean plastics, climate change, energy consumption, or other environmental concerns, recycling is a solution. Recycling transforms plastics, metals, paper, glass and other such scrap commodities into new materials, reducing greenhouse gas emissions, saving energy through reduced consumption and providing valuable feedstock in the manufacturing process.”

In honor of this year's theme, through its youth outreach program, ISRI offers a number of free resources to teachers to educate children on the science of recycling.

Below are some of the events that have led up to and are taking place to celebrate Global Recycling Day 2019:

A step-by-step guide on how to participate in the #RecyclingGoals challenge was created for the public, and all participants are invited to take part.

“Our vision is to connect the strong example the football industry sets for recycling with young people across the world,” said Baxi. “With the #RecyclingGoals campaign, we aim to encourage as many people as possible to share the message of the importance of recycling, actively get involved in the challenge and propel the energy of the social media movement.”

In the lead up to Global Recycling Day 2019, social media users across the globe were asked to participate in the #RecyclingGoals challenge by:

The foundation also developed a list of “seven recycling promises to become a global recycling citizen,” which families, school and youth orientated clubs can download and share.

The list also will be available in French and German, with the possibility of it being available in more languages in the near future. The aim is for children, schools and families to download and use these as inspiring messages and motivators to helping the recycling industry.

Worldwide: Nestlé Waters asked people around the world how to recycle plastic bottles in honor of Global Recycling Day.

How to recycle more plastic bottles?
We asked this question to people around the world and compiled some of their answers into this video.
Stay tuned to our account to see what our Environmental Sustainability Manager has to say! #GlobalRecyclingDay pic.twitter.com/NQkcSkqn9O

U.K.: Ahead of Global Recycling Day, HeadStart Primary in the United Kingdom compiled a list of its favorite recycled crafts from around the web.

India: An awareness drive and cycling for recycling took place over the weekend.

London: On Global Recycling Day, #RecyclingGoals activities will take place on Carnaby Street in London. A temporary goal will be set up, complete with recycling bins in the top corners for participants to attempt their own #RecyclingGoals challenge.

Worldwide: For 2019, the theme “Recycling into the Future” will focus on the power of youth and education. The Global Recycling Foundation has launched a special education pack to inspire schools around the world to think “resource not waste.” The pack is designed to make it easy for teachers to plan a lesson around recycling and inspire their students with the power of recycling, outlining various ways in which schools and classes can take part in the worldwide Global Recycling Day celebrations.

The education pack includes a Global Recycling Day lesson plan and resources, including a devised set of materials that teachers can use as classroom decorations and as the basis for a lesson plan on recycling. In addition, foundation also encourages schools to lead a litter pickup in their local area and invite children to get involved in cleaning up the planet in a hands-on way.

United States: Using its all-inclusive marketing and incentive program, Recycling Perks, VERDE is supporting the mission of the Global Recycling Foundation by designing a challenge for children.

The recycling challenge revolves around an interactive video encouraging residents to point out non-recyclables. Residents can join in by following Recycling Perks on Facebook, watching the video and tagging a friend they think might not recycle as well as they do. Anyone following the Facebook page who has challenged a friend will be entered to win five Whale Bracelets. The winner will be able to wear them with pride knowing that their participation in the game contributed to 5 pounds of trash being removed from the ocean. 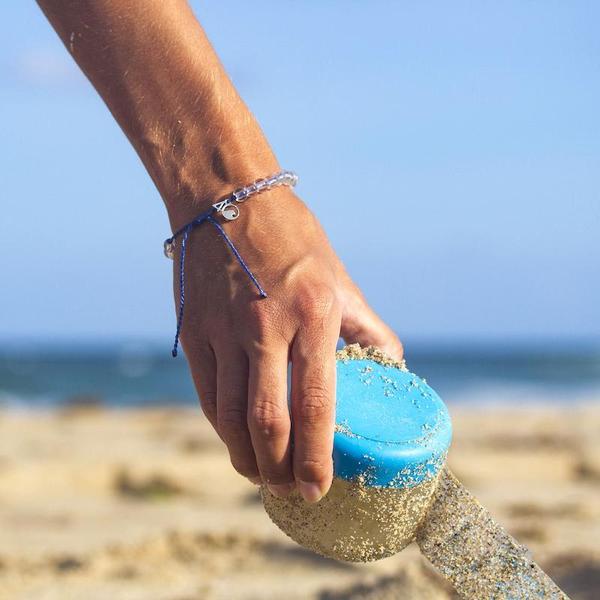 “We are at a critical shift in the process of recycling and for the program to continue contamination has to be cut drastically,” according to VERDE’s Recycling Perks. “The animated video hopes to engage children and adults while using the classic game of ‘I Spy.’ The game has been successfully used for educational purposes for many years and is familiar to many. In the video, the user is walked through a series of strange items found in curbside bins. Recycling Perks chose to highlight strange items such as garden hoses and dirty diapers to make the lesson memorable and engaging. All of the items included in the game are real items that are commonly mistaken for curbside recyclables! The game has already evoked responses from viewers; they are engaging with Recycling Perks via email and on Facebook and many people have expressed surprise at the items commonly misidentified as recyclables.”

Latin America: PepsiCo Latin America decided to launch “Recycling with Purpose” on Global Recycling Day to reiterate its commitment to a sustainable plastics vision and to propel the importance of inclusive recycling across the globe.

“We share common concerns over the growing threat that plastic packaging waste poses to our communities and marine environments, not only from year to year but decade to decade and beyond,” says Monica Bauer, corporate affairs vice president for PepsiCo Latin America. “As one of the world’s leading food and beverage companies, PepsiCo strives to build a world where plastics need never become waste through a sustainable vision rooted in three pillars: reducing, recycling and reinventing.” 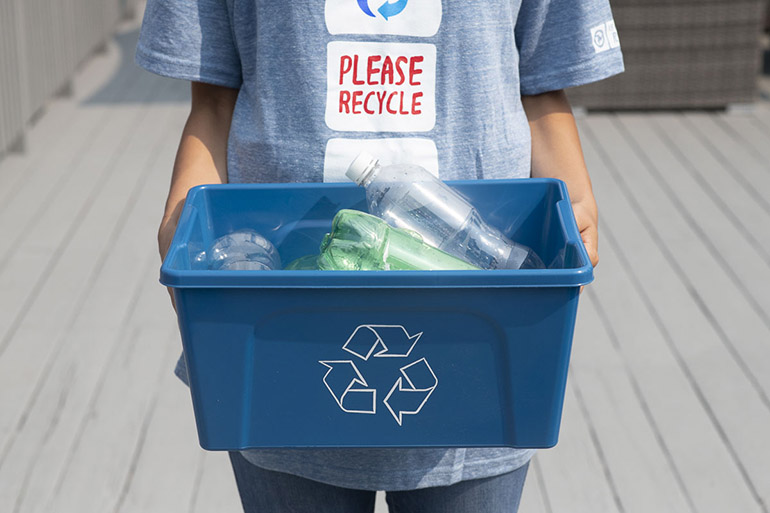 In Latin America, PepsiCo has been working on inclusive recycling efforts for more than 10 years. Today, the company said it is doubling down its commitment by launching “Recycling with Purpose,” a circular economy model for the LatAm sector that includes three important components:

“Through the years, we’ve learned that as we lack recycling infrastructure in many LatAm countries we need to involve consumers to make recycling a sustainable model,” explains Bauer. “The problem we face as an industry is the lack of recycled PET material to incorporate back into our bottles. That said, today we’re announcing a new partnership with ecoins and our partner bottlers throughout Latin America, to increase PET bottle (post-consumption) collection—making it easy, convenient and interesting for consumers to make an impact, generating an inclusive circular economy.” 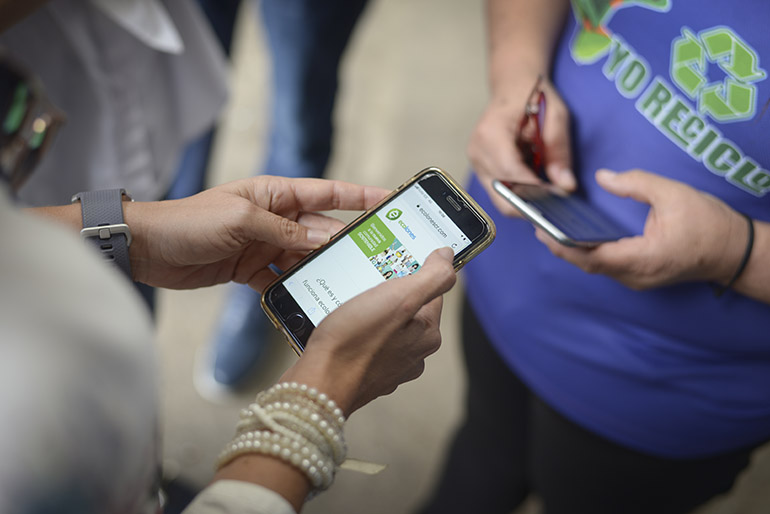 In 2019, PepsiCo expects that ecoins will have 300,000 accounts created in seven countries. The ecoins program will provide recycling awareness to almost 1 million people through social media (estimated number of followers) in seven countries.