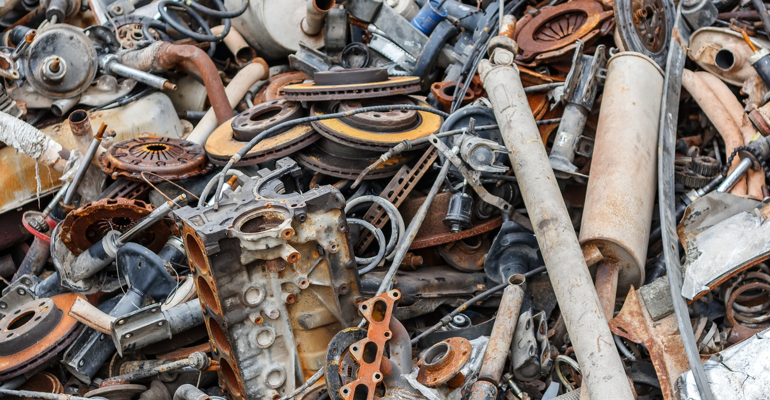 All 50 U.S. states and the District of Columbia have some form of environmental justice policy, intended to protect minorities and low-income citizens from disproportionately high exposure to pollution; but many of these vulnerable communities are still plagued, and at scale, say advocates calling for reform. Now new legislation in New Jersey is getting play as one of the toughest laws against environmental polluters. S232, signed into law in September 2020, will bring a “sea of change” –at least in the Garden State, with its many heavily polluted, low-income neighborhoods, proclaims Governor Phil Murphy. It is the first state law mandating that permits be denied following the determination that a new facility would disproportionately impact “overburdened” communities, compared to other New Jersey communities.  And it includes other aggressive measures.

Facilities that will meet this increased scrutiny include:

“No longer will economically disadvantaged areas of our state be dumping grounds, and no longer will the rights of residents to clean air and clear water be overlooked,” Governor Murphy proclaimed just after signing the new bill.

Murphy said there will be involvement from multiple government entities “so that we continue to look inward at the machinery of government – at the policies and practices across departments, authorities, and agencies – to ensure that not just the letter of the law is followed, but the spirit of environmental justice is writ-large in all our actions."

He added, “only by ensuring this all-inclusive process can we ultimately deliver on the promise of lived equality.”

A number of states responding to increasingly vocal activists have adopted varying environmental justice laws. Some policies have been initiated by executive order and/or executive action.  Connecticut is an example; it reinstated the Governor’s Council on Climate Change, which for the first time was required to consider the disproportionate impacts of climate change and climate change policies on environmental justice communities.  Massachusetts, Michigan, and Wisconsin have also issued executive orders.

And California has some of the most elaborated laws in the country, according to Marianne Engelman Lado, Director, Environmental Justice Clinic, Vermont Law School. Using a screening tool that identifies California communities by census tract that are disproportionately burdened by pollution, the state targets resources to support them.

Engelman Lado points out that some legislation, like Connecticut’s law, are procedural.  They require that applicants for certain types of permits for polluting facilities develop an outreach plan, ensure that communities are contacted and that they have an opportunity for input before permit approval.

Distinguishing New Jersey’s new mandate from the Connecticut “procedural” example Engelman Lado says, “New Jersey’s law gives the state explicit authority to deny permits in already overburdened communities.  It’s not just procedural – that is, it’s not just saying that an applicant for a permit needs to give notice to the community.  It’s a response to our understanding that it is unacceptable to distribute environmental burdens disproportionately to some communities and not others, particularly on the basis of race and income levels.”

Also of note is that the New Jersey DEP could issue a permit for a new facility only if is determined that it would serve a “compelling public interest” in the community where it would be located.

She explains," many laws allow projects to move forward if regulators determine they serve a compelling interest to the public writ large. But requiring a finding that the proposed facility serves a compelling public interest for the community in which it is located really puts the two pieces of the equation together, which are costs and benefits. Otherwise, when we are talking about compelling public interest, one group is bearing the cost (the community where it is sited) and another group is availing itself of the benefit.”

Some activists have said they are hoping that New Jersey’s law will lead to more, similar state-level legislation, especially in light of rollbacks to federal regulations under President Donald Trump, including as recently as July to the National Environmental Policy Act (NEPA), which now limits the scope of environmental impact assessments for proposed projects, and entirely exempts other projects.

What will happen moving forward is yet to be seen; Joe Biden has publicly stated that if elected president he will incorporate environmental justice measures in his climate change action plan, specifically by directing clean energy funds for communities near power plants and refineries.

Speaking of his own state, Murphy says, “Decades of inaction have led to environmental disparities, creating overburdened communities that are unjustly exposed to significant air and water pollutants. We must prevent further environmental burdens on residents in our urban, rural, and low-income areas, which are predominantly communities of color. We are taking a momentous step forward in achieving that goal … Through this action he says,” We are dispelling the myth that you can have either economic development or environmental justice, but not both. Starting today, we are restoring balance.”