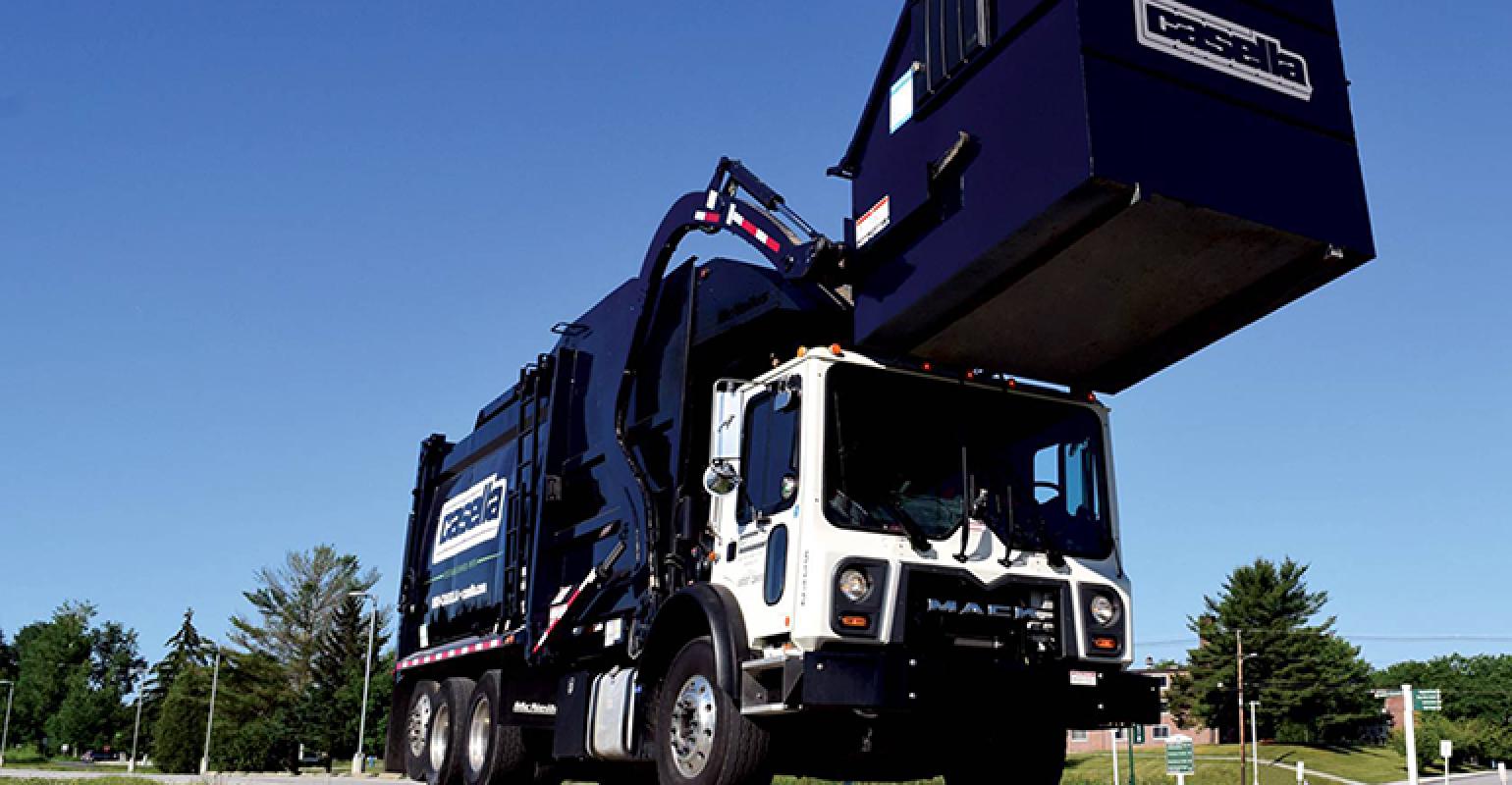 “We had another solid quarter, as we continued to execute well against our key strategies as part of our 2021 plan,” said John W. Casella, chairman and CEO of Casella Waste Systems, in a statement. “We remain focused on driving cash flow growth by increasing landfill returns, improving collection profitability, creating incremental value through resource solutions, using technology to drive profitable growth and efficiencies and prudently allocating capital for strategic growth.”

“We continue to make substantial progress executing against our strategic growth initiative, as we have acquired approximately $52 million of annualized revenues year-to-date, including the four acquisitions that we closed on during the third quarter," he added. "We are focused on acquiring well-run businesses in strategic markets that will drive additional internalization to our landfills and enhance operating synergies. In addition to robust organic growth, we expect revenue growth of roughly 4 percent in 2020 from the rollover impact of acquisitions already completed in 2019. Our acquisition pipeline remains robust, and we believe that there is continued opportunity to drive additional cash flow growth across our footprint through the sustained execution against our growth strategy.”

During a call with investors, Casella provided a more detailed update on the company’s five key strategies for its 2021 plan:

The first strategy is increasing landfill returns. “We continue to enhance returns through smart execution, operational programs, the sourcing of new volumes at higher prices and our efforts to advance key permits,” explained Casella. “The pricing environment remains strong, and we are continuing to find success in driving price at our landfills in a capacity-constrained Northeast as we continue to recognize the scarcity value of these assets and heightened regulatory cost inflation. Landfill prices were up 6.6 percent for the quarter as we continue to advance robust pricing. At the same time, we are also replacing lower-priced tonnages with higher-priced customers. As such, our average price per landfill ton is up 7.8 percent in the quarter.”

Notably, in the third quarter, Casella stated that operating costs at the Ontario landfill moderated as the company worked in the first half of the year to resolve odor issues and make various site improvements. “We are pleased that these operational challenges are behind us, and we will continue to ensure the site is operated at our high standards,” he said.

In Q3, Casella also received an important expansion at its Waste USA landfill in Vermont. With this expansion, the line disposal barrier will increase to approximately 51 acres, which will provide roughly 13.7 million cubic yards of airspace, extending the life of the site by about 20 years. “While we have several years of capacity remaining in the current operational footprint, we recently began construction for the new, large expansion area. This is a unique construction process as we plan to invest more than $20 million of capital and take several years to build out the necessary long-term infrastructure for the expansion area,” added Casella.

The second strategy in the company’s 2021 plan is driving further profitability within its hauling business. “Our hauling teams did a great job offsetting continued labor and recycling cost inflation as we advance 5.2 percent pricing during the quarter and key operational initiatives,” noted Casella. “We are working hard to integrate our acquired operations.”

The third strategy is value through resource solutions. For the fourth consecutive quarter, Casella improved recycling adjusted EBITDA year-over-year even with commodity prices down roughly 25 percent in the third quarter versus last year. “We have built a recycling infrastructure that helps to insulate us from volatility and decline in the global recycling market to a third-party recycling contract structure, which allows us to pass monetary costs to the customer,” said Casella. “The year-to-date declines in recycling commodity prices did not materially impact our 2019 recycling forecast, and we remain on track to improve recycling adjusted EBITDA by $5 million in 2019.”

Casella also noted the company has continued to upgrade projects that will reduce contamination and improve the quality of outbound materials.

The fourth strategy in the 2021 plan is using technology to drive profitable and efficient growth. “We are pleased with the progress we have made against this initiative as we continue to further reduce cost out of our existing processes,” explained Casella.

The final strategy in the 2021 plan is allocating capital for balanced growth. “We continue to execute very well in 2019 against this strategy. We have completed eight acquisitions year-to-date with annualized revenue of roughly $52 million,” noted Casella. “Of the four acquisitions completed during the quarter, the most significant was the previously announced acquisition of select solid waste assets in the Albany, N.Y., and Cheshire, Mass., markets from Republic Services that are expected to produce roughly $30 million of annualized revenue. This is a great strategic fit to assets in our operation and have transitioned well in the first two months. Our teams are working hard to fully integrate this acquisition, and given its size of the new market entry, we expect synergies will take over a year to fully recognize.”

Here are some of Casella’s additional Q3 2019 and year-to-date highlights:

“Given the strength in our solid waste, recycling and customer solutions operations combined with the expected contribution from the acquisitions we have completed year-to-date, we are updating our guidance ranges for fiscal 2019,” said Casella.

The company updated guidance for fiscal 2019 by estimating results in the following ranges:

Casella added that one area not specifically outlined in the company’s 2021 plan is a focus on further team building.

“We are focused on ensuring that Casella is a choice employer in the market by actively engaging with our employees, investing in development programs and development career paths for all of our employees,” said Casella during the call. “Our programs are targeted toward attracting and retaining drivers and maintenance technicians and a variety of other operational roles are working well through the early innings. We have achieved stronger applicant flow coupled with a more rigorous and timely recruitment process that has improved the quality of our job candidates. We are also in the process of implementing an apprentice onboard and training platform. Our goal is to develop programs that enable us to train our own CDL [commercial driver's license] drivers and apprentice-level technicians who are committed to a high level of service and safety for many years for the company.”

“2019 is tracking well against our 2021 plan and displays continued execution of our key strategies with the goal of driving additional shareholder value,” concluded Casella. “We expect continued strength in solid waste, a robust acquisition pipeline and recycling tailwinds. Looking ahead to 2020, our near-term pipeline remains strong. We are positioned well to continue to opportunistically grow the business and further drive free cash flow growth. We believe that there is over $400 million in acquisition opportunity in the midterm across our market areas, and we will continue to selectively look at opportunities in adjacent markets."