Some Packaging and Products Stakeholders Call Out Biodegradability Claims 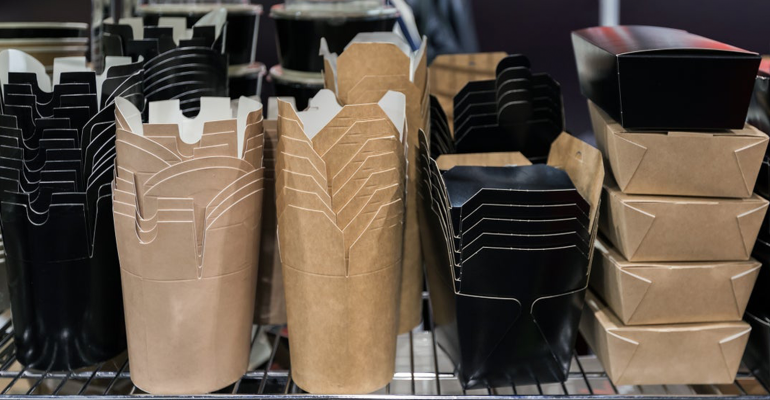 “Biodegradable” is a controversial marketing term among environmental advocates and even some brands and manufacturers of plastic packaging and products who see it as confusing and sometimes misleading. Confusion over what it actually means has led to substantial contamination at compost facilities who receive materials claimed to be biodegradable that don’t break down in their piles, among problems.

Adding to the mystification is the use of related terms: biodegradable additives, marine biodegradable, soil biodegradable. There are standards for some, but not all of them, so it’s like having a word without definitions.

One of the biggest problems, says Olga Kachook, senior manager of the Sustainable Packaging Coalition, is “Biodegradable just means something can break down to the raw materials of nature, and the claim is that it happens safely and relatively quickly. But there are no parameters on what safely or relatively quickly means [unlike with the term compostable].”

Further clouding the waters, in the eyes of Wendell Simonson, marketing director, Biodegradable Products Institute (BPI), is that some companies design products to look like compostable ones that don’t meet compostability standards required for BPI certification. An example would be cutlery made from both renewable material and plastic filler.

“Often these products have significantly lower price points and are marketed as biodegradable to take advantage of the confusion between compostable and biodegradable. They are sent to compost facilities where they do not break down, and they cause major issues for the organics diversion effort,” Simonson says.

Some producers are shying away from using the term in their marketing, and four states now prohibit packaging and/or bags to be labeled as biodegradable: California, Washington State, Maryland, and Minnesota.

Seattle Public Utilities advocated for the legislation and incorporates the state requirements in its outreach.

“We explain to producers and suppliers, and get the word out through organizations like the Sustainable Packaging Coalition, the issues we have run into and why policies or guidelines such as these are important,” says Sego Jackson, strategic advisor, Waste Prevention and Product Stewardship Seattle Public Utilities, City of Seattle.

Residents were trying to do the right thing but were confused by the visuals and claims. Local businesses too had good intentions but were stocking “biodegradable” products, believing them to be compostable.

Since COVID-19, Jackson can say that, at least in Seattle, more non-compliant bags are slipping by, such as green tinted plastic take-out food bags that are made of HDPE 2 (non-compostable plastic).

“They boldly show a plant growing out of soil. In large font it states ‘Reusable, Recyclable, & Biodegradable.’ And in very small print it reads “49.28% biodegradation in 900 days under landfill conditions.”

“This is unfortunate but should be easy to clean up once outreach, education, and enforcement activities are ramped up,” he says commenting there have been meetings the last few months with bag suppliers to ensure they understand the bag tinting and labeling rule, in advance of the upcoming Washington state ban on single-use plastic film carryout bags.

Elsewhere, some packaging ingredient manufacturers have used the term biodegradable additives, but they do not necessarily break down safely, and there are concerns around their impact on recycling systems, says Nina Goodrich, executive director of GreenBlue and director of Sustainable Packaging Coalition (SPC). GreenBlue is the parent company of the SPC.

“The main concern with additives is they can break down to microplastics, but the other issue is if recycled material contains additives, we do not know the impact on products made from these materials,” she says

Marine biodegradable can also be a problematic term if it’s used without substantiation, though there is certification (TUV which is a European certification) to validate claims and mitigate greenwashing. Where marine degradability makes sense is for durable products like fishing nets, but not for packaging, according to Goodrich.

“You would not want a marine degradable cup because it will take too long to break down … and it can do damage to marine life as it breaks down,” she says.

Soil biodegradable is another term to be in the know about. It’s an example of material that is biodegradable but may not be compostable. The term soil biodegradable also does not make sense for packaging but does for some farm applications such as mulch film, Kachook advises.

Some producers are moving to the term compostable to avoid confusion and are securing third-party certification to substantiate their claims. Packaging and products certified as compostable must be able to break down at compost facilities and meet ASTM standards; for instance, they can’t break down into chemicals that could harm finished compost, and they must break down within 12 weeks.

Berry Global makes packaging and engineered products such as nonwoven fabrics and tapes. It labels its products as compostable to reflect that they meet both ASTM guidelines and European guidelines.

“We use compost rather than biodegradable because it’s more specific. Plus, there is concern consumers are more likely to litter if packaging is labeled biodegradable,” says Robert Flores, vice president of Sustainability, Berry Global.

The Federal Trade Commission (FTC) actually does set guidelines around marketing packages and products as biodegradable. They have to “completely decompose within one year after customary disposal.”

Such qualifying language is long and cumbersome says Flores, and in his opinion can cause more confusion.

The term biodegradable should not be on the label at all, at least for single-use packaging. What should be is compostable and a third-party certification mark like BPI’s, attests Simonson.

Robust education is important too.

“If commercial and consumer purchasers are trained to be skeptical of the term biodegradable when evaluating sales and marketing claims on single-use packaging, there will eventually be less demand for “lookalike” products. Or at least there will be less confusion about what is and isn’t compostable,” he says.

“This should help slowly restore composter confidence that legitimate, certified compostable products entering their facilities will break down the way they are designed to.”

At the very least, says Kachook there is a need for consistency, to be more specific, and to communicate clearly on labels.

“We need less, not more confusion in this space, and the way to decrease confusion is to align around definitions and standards. Degradable is so broad, so define it in terms of time and temperature required for it to break down.

And we need more manufacturers doing testing and certification she says.

“Aligning on terms and standards will not only help gain composters’ acceptance of these products, but also build consumer trust around composability claims.”