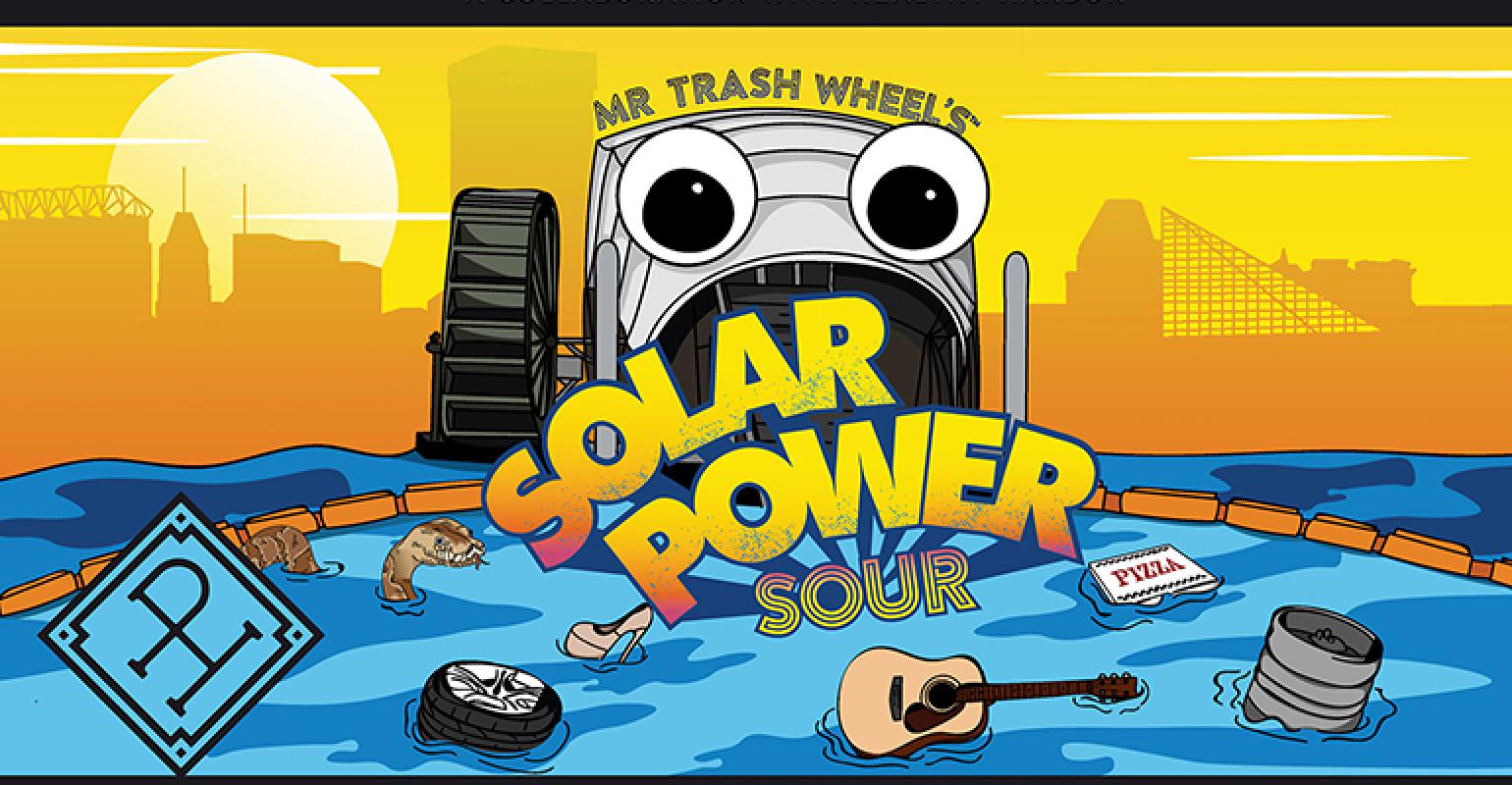 “The Mr. Trash Wheel family has a lot to celebrate,” said Adam Lindquist, director of the Healthy Harbor initiative, in a statement. “With five years of churning under his belt, Mr. Trash Wheel has amassed an incredibly dedicated fan base, which has helped to spread Healthy Harbor’s mission and bring Baltimore’s trash issue into the public eye.”

Trash wheel fans in attendance at his birthday party on May 11 were the first to taste Mr. Trash Wheel’s Solar Power Sour, the third beer release from Peabody Heights in collaboration with Healthy Harbor. Other beer collaborations include Mr. Trash Wheel’s Lost Python Ale in 2017 and Professor Trash Wheel Blinded Me Wit Science in 2018. A portion of proceeds from every beer sold is donated to the Healthy Harbor Initiative.

“We’re really thankful for the opportunity to work with Waterfront Partnership. It’s been an amazing experience to brew beer in Baltimore and have the chance to make a difference in our water quality,” said Edward O'Keefe, director of marketing at Peabody Heights Brewery, in a statement.

Mr. Trash Wheel’s Solar Power Sour is available for purchase by the six-pack and by the case (24 cans) as well as by the pint in the brewery’s taproom and local liquor stores.

“Mr. Trash Wheel recently ate one of his own cans, and let’s just say, he wasn’t thrilled about it. Healthy Harbor encourages everyone to drink responsibly and that includes recycling, too," said Lindquist.

Mr. Trash Wheel debuted in Baltimore’s Inner Harbor in May 2014. Since then, the solar-powered trash interceptor, along with his friends Professor Trash Wheel and Captain Trash Wheel, has reached many milestones, including having collected more than one million foam containers and more than 1,119 tons of trash and debris. It has amassed a global presence with more than 50,000 followers on social media and has been featured in national outlets.