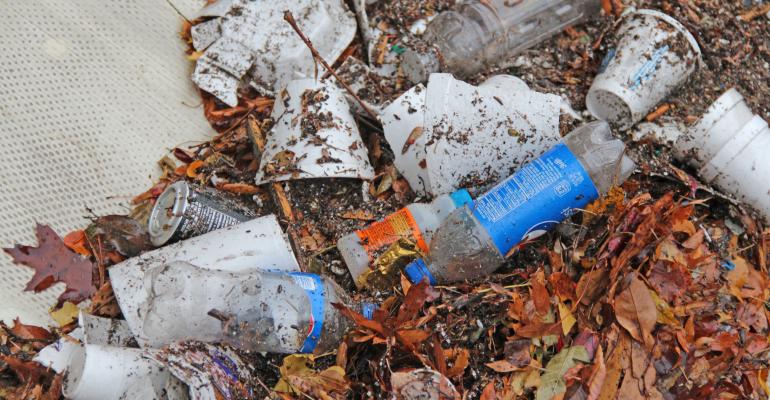 This milestone comes around the same time that a Styrofoam ban bill passed the House and Senate. A final version of the bill will now need to be signed by Maryland Gov. Larry Hogan to make the statewide ban official.

“Healthy Harbor views these milestones less as a celebration and more of a catalyst for change,” said Adam Lindquist, director of the Waterfront Partnership’s Healthy Harbor Initiative, in a statement. “By collecting and sharing the trash wheel data, we are bringing Baltimore’s trash issue to the forefront, helping to shift behaviors and push for policy change.”

The expanded polystyrene (EPS) foodservice product ban will prohibit a person in Maryland from selling the product on or after January 1, 2020. According to Trash Free Maryland’s website, polystyrene, also known as Styrofoam, is a major pollution risk for both people and marine life. The hazardous material absorbs more chemicals from the water than any other plastic and exposes fish to unsafe levels of pesticide and fertilizers.

“Healthy Harbor supported the Styrofoam ban in Baltimore City and is thrilled to see the expanded ban pass for the state of Maryland,” added Lindquist. “Foam containers are shown to be more harmful to marine life than plastic, so this bill pass is a huge win for water quality.”

The Waterfront Partnership records the amount of trash being collected by the trash wheels on a quarterly basis when it receives the data from Clearwater Mills, the company that invented the waterwheel powered trash inceptor. As of January 2019, the trash wheels surpassed the one million mark with 1,002,134 foam containers removed from Baltimore’s Inner Harbor.

Invented by John Kellet of Clearwater Mills, the first trash wheel, popularly known as Mr. Trash Wheel, was installed in Baltimore’s Inner Harbor in May 2014. Since then, two additional trash wheels have been installed in Baltimore. Professor Trash Wheel was added in December 2016 and is maintained by Waterfront Partnership, and Captain Trash Wheel was added in June 2018 and is maintained by the Maryland Port Administration.

Waterfront Partnership's Healthy Harbor Initiative is working toward a swimmable and fishable Baltimore Harbor in hopes that the trash wheels will one day be put out of business. In order to stop trash at the source, Healthy Harbor is also working in upstream neighborhoods to form partnerships with community leaders around cleaning and greening issues. Healthy Harbor's Alley Makeover Projects are cleaning and organizing art-based projects that help increase awareness around trash, provide tools for communities to transform their spaces and increase neighborhood pride and build social fabric.