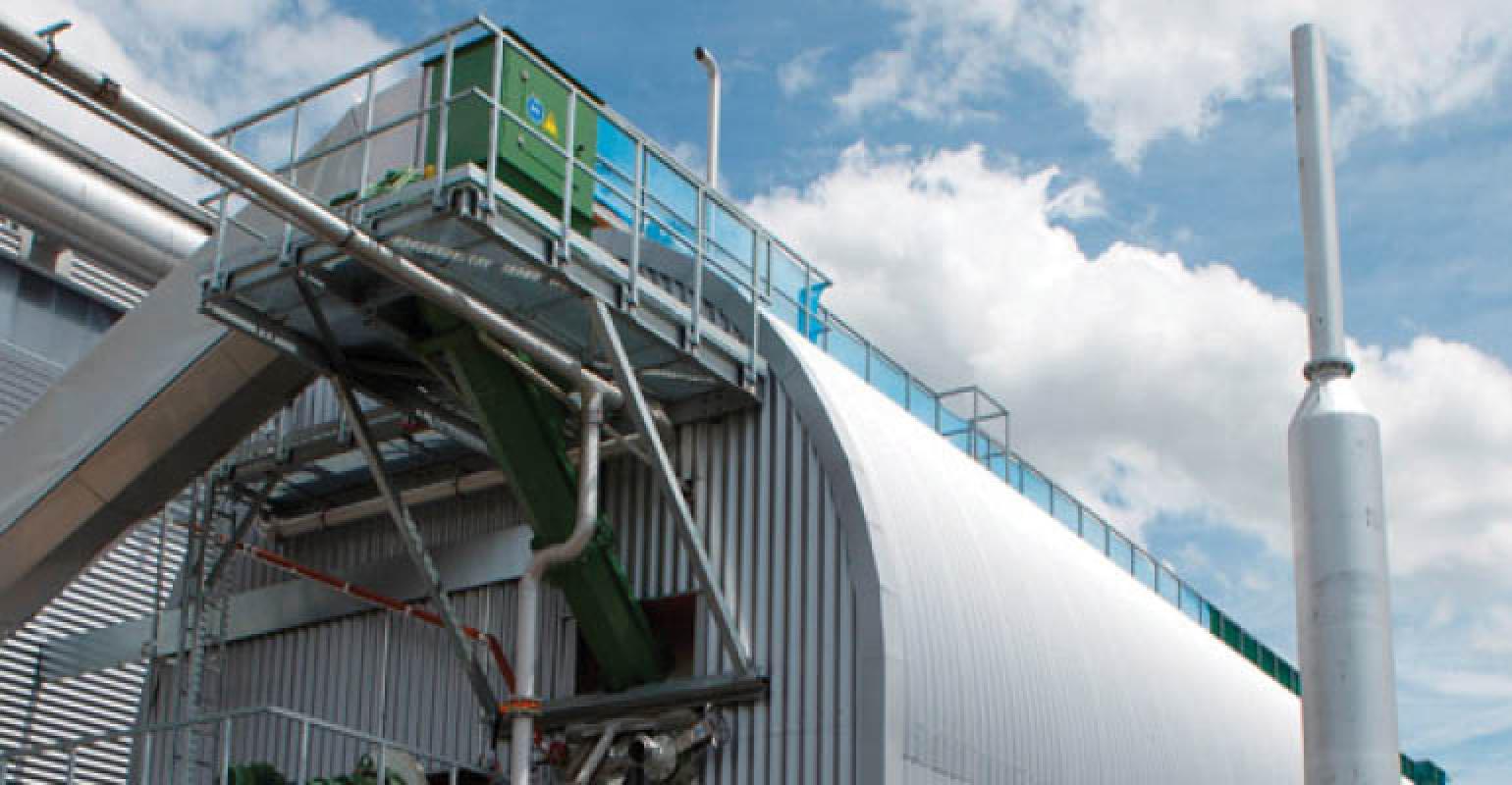 Anaerobic digestion (AD) to target the solid waste stream is just getting off the ground in the U.S. There are infrastructure issues and economics to work out. But new technologies and operational best practices are beginning to emerge to address the issues.

Switzerland-based Hitachi Zosen Inova is among those leading the way. The company is about to launch its first AD plant in the U.S. in San Luis Obispo, Calif. It will process 33,000 tons per year of commingled food and green waste and convert it to electricity.

Another project, in San Francisco, features an innovative way to operate in a heavily populated space without disruptions from odor or emissions.

And a Boise, Idaho-based company has developed an approach that increases AD facility’s methane production by fourfold in labs.

Through a partnership with the integrated waste management authority, the county and Waste Connections, Hitachi Zoen will be able to remove plastics and other nonorganic contaminants, and extract and convert carbon to biogas, to be used for combined heat and power.

The project took two years to develop and came with a learning curve.

“There were challenges tied to permitting, financing and residuals management,” says Tom Gratz, director of sales, Hitachi Zosen Inova U.S.A. “For instance with residuals management you want to find a home for digestate—and this is something we have figured out after doing some proving out.”

Anaerobic digesters can generate a lot of odor, and noise, major concerns in populated communities. Well planned design and operational practices are essential to minimizing or preventing disruption.

Europe is ahead of the game in addressing the issues, Grazy says, with a project in Zurich as an example. Located in a densely populated urban setting near a residential area and adjacent to public amenities, it has features to control odor and noise, with aesthetics also in mind.

Garbage trucks back into a vestibule beyond two doors where waste is tipped. Air is captured and sent to an air treatment system. The air capture system features an enclosed biofilter, with exiting air going through a 100-ft. stack, resulting in dilution of exhaust air and ultimately controlling odor.

Domestically, a project in South San Francisco, at a facility called Blue Line Biogenic, features operational strategies to control odor and other potential disturbances. Crews come in late at night and empty the digestate, which is transferred to compost sites hours before dawn.

“They can complete the operation and seal up the digesters, clean up the working space and odors are gone well before neighboring businesses report to work,” says Jim Miller, CEO of design firm J.R. Miller & Associates. “That’s a significant operational commitment to conduct this work late at night to avoid potential for odor upset.”

Miller will also speak at WasteExpo.

“Key is committing to being a good neighbor and that means investments in design and operational strategies,” Miller adds. “The first step is to design features to control emissions, odor noise, dust and light. The second step is operating and maintaining what you’ve built in a way to make this possible.”