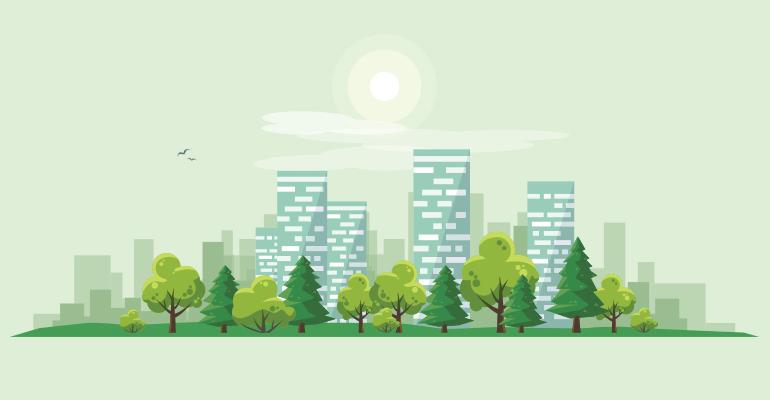 To determine which cities promote a “green” lifestyle, WalletHub compared the 100 largest U.S. cities across 28 key indicators of environmental friendliness and sustainability. The data set ranges from greenhouse gas emissions per capita, to green job opportunities per capita, to number of smart energy policies and initiatives.

According to WalletHub, “green” living means a choice to engage in cleaner, more sustainable habits in order to preserve the planet as much as possible. Nearly two-thirds of Americans believe that “stricter environmental regulations are worth the cost,” the report notes. And a majority of Americans think the government is doing too little to improve water and air quality (69 percent and 64 percent, respectively).

According to the report, the top 10 greenest cities are:

In order to determine the greenest cities in America, WalletHub compared the 100 most populated cities across four key dimensions:

WalletHub evaluated those dimensions using 28 relevant metrics, with each metric graded on a 100-point scale, with a score of 100 representing the greenest practices and policies.

"Although recycling is vital to the sustainability efforts of each city, the types and sizes of recycling facilities vary widely by city," according to WalletHub. "We therefore were unable to include—due to the lack of comparable city-level data—metrics that either measure the availability of recycling programs or the amount of waste recycled in each city."

Check out the full report here.