Could Recovered Bumpers Experiment Lead to Something Bigger? 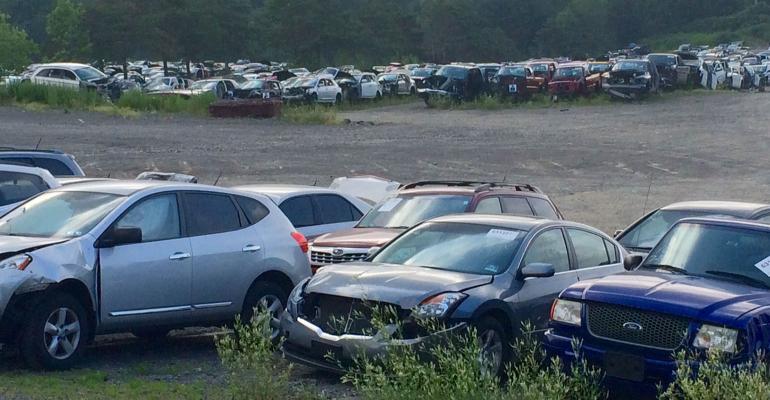 The Plastics Industry Association hopes to see these materials affordably collected and processed over time.

There have been ongoing conversations and projects around the recovery of plastic, from containers and other packaging. But the Plastics Industry Association, a trade organization, is teaming with a few partners to see what value it can pull from car parts, namely bumpers.

This work is fairly early, and already there have been some promising discoveries from a technical stand. Hopeful goals are to see that these materials can be affordably collected and processed and for relationships between recyclers and collection points to develop over time.

“There is a lot of plastic on vehicles, and we expect it to keep increasing. Meanwhile, much of it, including bumpers, is not recovered at the end of life, resulting in lost value,” says Kim Holmes, vice president of sustainability at the Plastics Industry Association. “What’s left after marketed parts are pulled goes to a shredder where metals are recovered, and what’s left after shredding is landfilled in the U.S.”

The organization enlisted salvage yards and processors for its End-of-Life Vehicle Recycling demonstration project and decided to hone in on bumpers for three reasons: Their size; there’s a lot of material to recover. These are external parts, so they are easy to get to. And most bumpers are made of the same resin, negating the need for highly sophisticated sorting. 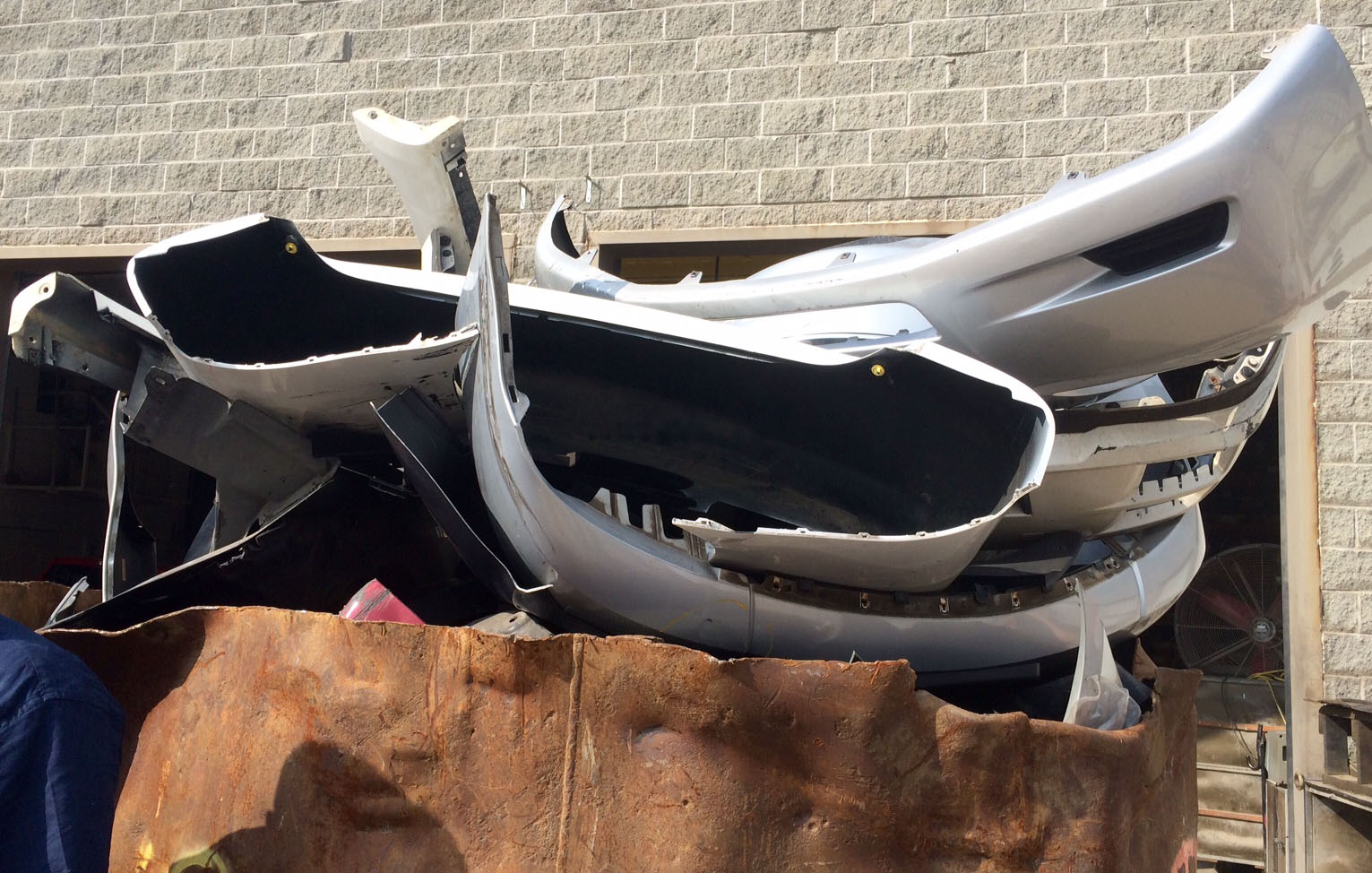 That singular resin is thermoplastic polyolefins (TPO), polypropylene modified with a rubber package, which has the benefits of impact and durability qualities.

During the project, salvage yards prepared bales of bumpers from different makes and models that were 25 years old or less. They were then shipped to processors.

“We started sending samples to be molded and tested and got promising feedback about the potential for material. We were hearing if we could crank up collection and supply, there could be good demand,” says Holmes.

One early finding she considered especially encouraging is that end-of-life (post-consumer) bumpers can be handled by many of the same recyclers who work with postindustrial bumpers. So, if post-consumer bumpers don’t meet specs for reuse, they could potentially go to recyclers and undergo similar processes to prepare them to be put back into manufacturing.

Midland Compounding  & Consulting, a Michigan-based provider of sustainable thermoplastic compounds, evaluated two sample types. One type was provided by Waverly, Ohio-based Geo-Tech Polymers, which was ground to about a half-inch diameter, washed to remove paint and pelletized.

The second sample, provided by Ontario, Canada-based reclaimer Post Plastics, was ground with the paint intact. This sample showed slightly higher strength and impact resistance, but it had appearance issues.

The material from Geo-Tech was molded and submitted for limited production and is currently being investigated as a raw material for a larger volume production application.

Geo-Tech’s CEO Sanjay Dutta believes recycled TPO shows promise as a valuable resource for multiple industries and products, like construction, decorative items and seasonal commodities. Holmes reports there are people looking at opportunities to incorporate TPO in durable houseware products, underground storage tanks and flooring applications. And pellets for molding can be sold at cost savings to virgin TPO across applications.

Samples were evaluated for variability, from batch to batch and recycler to recycler.

“Everyone has their own paint removal extrusion and filtration systems, among processes. We found a range of variability in the material but nothing that fell outside of what people were comfortable with as far as performance,” says Holmes.

Now, the Plastics Industry Association is looking at how to scale up a collection system. It’s working to identify economical sourcing, whether from auto shredding yards, auto body repair shops or scrap yards.

The thought is it will make most sense to source from operations where bumpers are pulled through the normal course of business, which is auto body and collision repair centers.

“What we’ve learned so far is that there’s potential to recover very valuable material from vehicles. We hope if we are successful that this effort will serve as the beginning of a framework for collection of plastics from repair and end-of-life vehicles to go beyond bumpers. We hope we can go on to extract more value from other plastic vehicle components as well,” says Holmes.

Currently, other recyclers and end users are participating in ongoing evaluations to explore market opportunities of recycled TPO. And the Plastics Industry Association is working on a wrap-up report of the most recent of several study phases. The report will be released by the end of 2018.