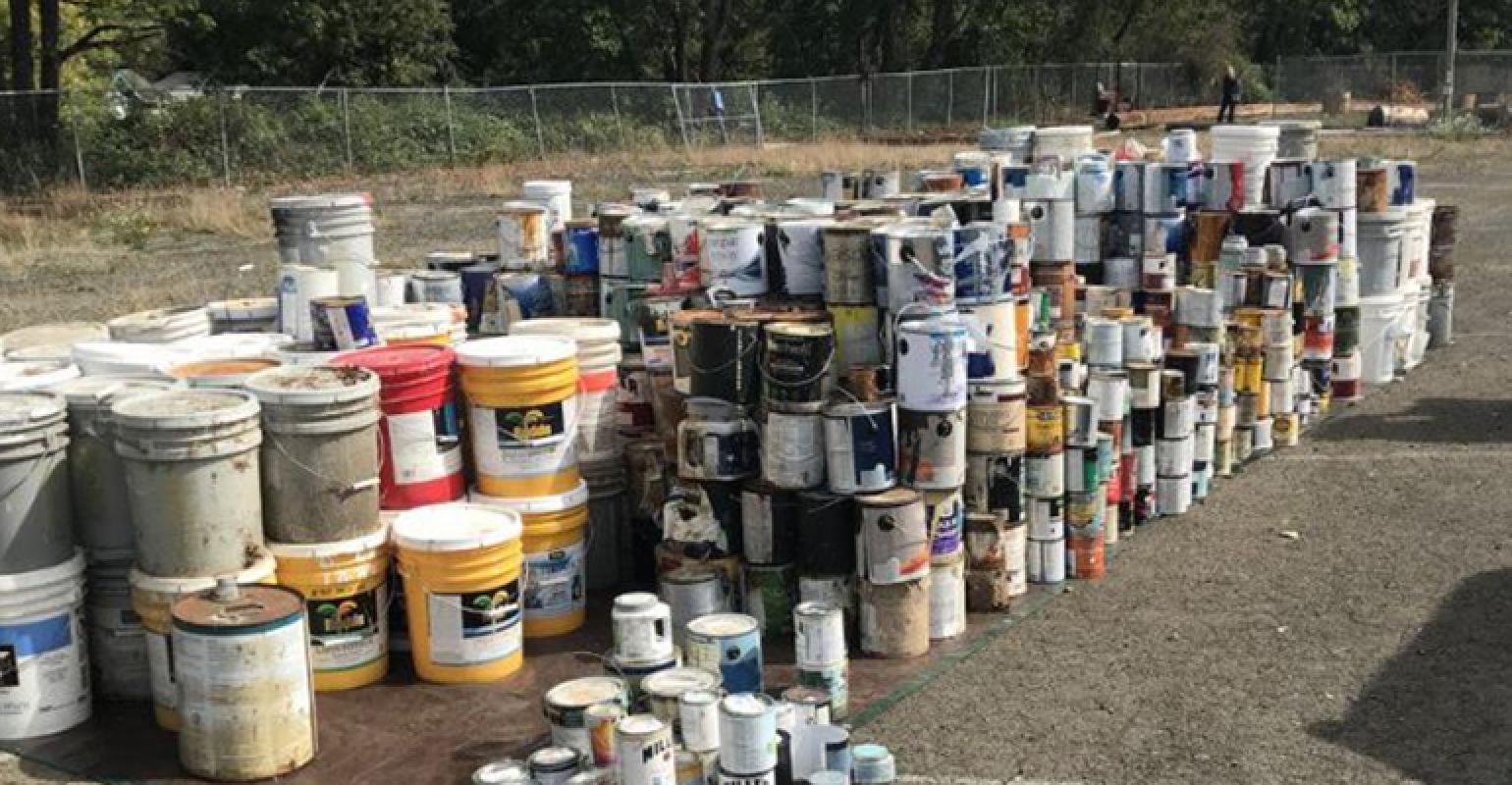 Since 2009, PaintCare has helped Americans recycle more than 38 million gallons of leftover paint in states with paint stewardship laws.

PaintCare celebrates 10 years of providing consumer education and recycling opportunities for households, businesses and institutions that purchase paint, stain and varnish for use in their projects and operations. PaintCare, the national nonprofit organization created by paint manufacturers to operate paint stewardship programs in states that have passed paint stewardship laws, provides a convenient network of locations where the public can recycle post-consumer paint, stain and varnish.

Paint stewardship laws ensure that everyone involved in the production, sale and use of paint work together to manage the entire product lifecycle of paint. The program is funded by a fee on sales of new paint and remitted to PaintCare by paint manufacturers to operate the program. The fee revenue funds all aspects of the program in each state, including paint collection, transportation, processing and public education.

In July 2009, Oregon passed the nation’s first such law, leading to PaintCare’s establishment in October 2009. Over the past 10 years, PaintCare has launched programs across the country following the passage of similar laws in California, Colorado, Connecticut, the District of Columbia, Maine, Minnesota, Rhode Island, Vermont and, most recently, Washington, where a new program is expected to begin operation in 2020.

“Leftover paint accounts for a large portion of the material collected by government-run household hazardous waste programs,” said PaintCare President Marjaneh Zarrehparvar in a statement. “In addition to reducing the burden on local governments by supporting their paint collection, our network of paint retail sites creates new options for residents, businesses and institutions to dispose of leftover paint responsibly.”

“Our customers participate in PaintCare because keeping millions of gallons of leftover paint out of the landfill is the right thing to do for the environment and paint consumers,” said Steve Dearborn, CEO and president of Miller Paint in Portland and current chairman of the PaintCare Board of Directors, in a statement. “We have been proud to champion getting this legislation passed and establishing the infrastructure of the program throughout Oregon.”

Since 2009, PaintCare has set up 1,765 paint drop-off sites, the majority at conveniently located paint retail and hardware stores, and hosted 206 paint drop-off events. In addition, the organization has provided 3,597 large volume pickups via a free, direct pickup service for customers with 200 gallons of paint or more.

PaintCare works with its haulers to ensure that as much paint as possible is given away as is, recycled or put to some other beneficial use. Most of what PaintCare collects is latex paint that can be remixed into recycled paint by processors, but some is used as fuel or made into other products. A small portion of what is collected is unusable and safely landfilled. Of the approximately 38.2 million gallons of paint collected to date, 80 percent was latex paint, and 20 percent was oil-based paint. Sixty percent of the latex paint was recycled back into paint, and 4.6 percent of the paint collected was made available for reuse.