This Week in Waste: Top Stories from October 18-22 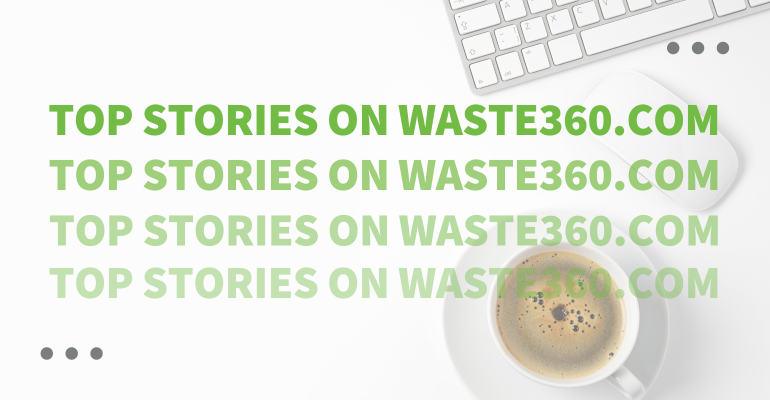 This week in waste, the announcement of Biden Administration's PFAS Strategic Roadmap sent chatter throughout the waste industry. Industry veteran Chaz Miller explained why different recycling rates for paper and plastic is not a good versus bad debate. Waste360 and WM's Tara Hemmer discussed her new role as the company's chief sustainability officer.

Here are the top five stories for the week of October 18-22. Enjoy!

1. Cleveland, Ohio Anticipates Return of Curbside Recycling By End of 2021

Following the expiration of the city's recycling contract in April 2020, Cleveland failed to attract a bid largely due to its 68 percent contamination rate. Columbus, Ohio-based environmental consultants GT Environmental provided 269-page report, which included a waste audit and recommendations about how the city should move forward. The result was a bi-weekly opt-in curbside recycling program, with initial deployment expected at the end of 2021.

"Like many cities around the world, our recycling program was hit hard by changes in the global market," Chief of Sustainability Jason Wood explained.

The first useful by-product of pyrolysis, syngas, is comprised primarily of hydrogen, carbon monoxide, carbon dioxide, and hydrocarbons (e.g. CH4, C2H4). After being cleaned to remove impurities, syngas can be combusted to 1) generate heat, which can be readily used internally to dry the incoming feedstock; and 2) generate electricity. The amount of electrical energy generated via pyrolysis is competitive with other waste to energy operations including anaerobic digestion, incineration, and landfilling with landfill gas capture and combustion.

3. Why Paper Is Easier to Recycle Than Plastic

At a recent Congressional hearing, two Senators lamented the gap between paper and plastic recycling. After all, the US EPA says paper has a 68 percent recycling rate compared to nine percent for plastics. They wanted to know why.

The Biden administration once again confirmed its commitment to environmental and social justice policy aimed at creating public health protections.

In this timely episode of NothingWasted!, we chat with Tara Hemmer, SVP & chief sustainability officer, at Waste Management (WM), about the power of partnerships to move the needle on sustainability, the role of next-gen technology, how people make it all possible and more.

The company recently released its 2021 Sustainability Report, furthering its agenda to propel WM forward and encourage its customers, industry, and others to make progress on sustainability.

Listen to the episode here.

IN CASE YOU MISSED IT: