Is Recycling a Fraud? 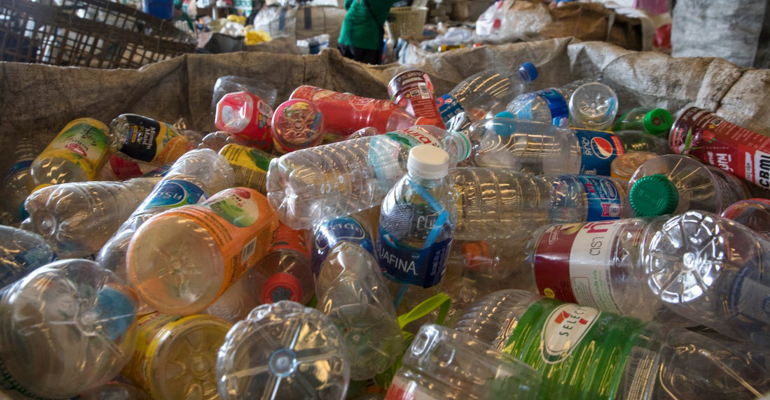 Over the last few years, recycling has been subject to a barrage of bad press. First it was the bad markets caused largely by the Chinese decision to ban the imports of recyclables. Then came the stories claiming that our recyclables get tossed into landfills or are sent overseas to be dumped. That was followed by easily quotable and highly misleading statistics such as only nine percent of plastics are recycled. No wonder many people are suspicious about recycling.

I don’t know what prompted the comment, but several weeks ago when I was in a small museum in New Mexico, the museum staffer said to another visitor, “don’t get me started about recycling, they throw it all away.” I promptly disagreed and we had a polite discussion. But the whole incident got me to thinking. Recycling’s biggest problem isn’t cost or contamination or markets, it’s the belief that we are wasting our time recycling.

Recycling, after all, requires more from us than trash. Garbage is easy. You put it all in a bag, put the bag in the trash can and wave goodbye when it is picked up by the garbage truck.

Recycling is hard. You have to separate the recyclables from the trash and put them in a separate container. Sometimes you don’t have one, you have two recycling containers and sometimes you also have a bin for food waste. Let’s face it, recycling requires us to do more. In our convenience mad society, this is a barrier.

Yet, people are willing to take this extra step for a variety of reasons. Usually, they boil down to doing the right thing and saving resources. But if we believe our extra work is in vain, we will ignore our recycling bins or pay little attention to what we toss in them.

Unfortunately, data recently released by the Shelton Group shows that while almost all of us believe recycling is good for the environment, just under half of us say recycling isn’t working well and almost a third aren’t confident that what they put in the bin gets recycled. That number has doubled since 2019.

I’m not surprised. Over the last few years, recycling has been subject to a barrage of bad press. First it was the bad markets caused largely by the Chinese decision to ban the imports of recyclables. Then came the stories claiming that our recyclables get tossed into landfills or are sent overseas to be dumped. That was followed by easily quotable and highly misleading statistics such as only nine percent of plastics are recycled.  No wonder many people are suspicious about recycling.

It's true that markets were bad for a while, but they have rebounded tremendously. Every curbside recyclable, except glass, set a price record last fall or this spring. The average value of a ton of MRF recyclables, including the cost of disposing contaminants, has more than tripled from a year ago and is almost five times higher than the bottom it hit two years ago.

Some recyclables do go to landfills. But they are the exception, not the rule. As for recyclables or waste being dumped overseas, even before the recent delays in maritime shipping, the cost to dump waste overseas was far greater than the most expensive American disposal facility. The emphasis of the recycling stories focused on mixed plastics that were ostensibly shipped for recycling. But they ignored the far greater tonnages of paper and metals exported to overseas markets who used them as raw materials.

The misleading plastic recycling percentage happens to be accurate. However, it refers to all the plastic we throw away, not just the recyclables we place on the curbside. Packaging is only 40 percent of the plastic we throw away. The rest is a wide variety of products containing plastics including clothing, furniture, electronics, shoes, and on and on and on. Most of them aren’t recycled. Yet the recycling rates for curbside plastics such as PET bottles or HDPE milk jugs are 30 percent.  We can do better, but that is considerably more than nine percent.

Part of the problem is that the press relies on sensationalism. Three years ago, I wrote a column titled “Man Bites Dog: The Press and Recycling”.  As I noted then, “failing recycling programs are news, the thousands that continue to collect, process and sell recyclables are not.” Let’s face it, bad news sells. That probably explains why in this last year of booming markets, I’ve seen more stories about bad markets than good.

What’s frustrating, though, is the eagerness of politicians and advocates to claim recycling is “broken” in order to promote their cure for what ails recycling. They should know better. I’m frustrated by the reluctance of recyclers to challenge the negativity and to make it clear that markets are back and programs are getting stronger. Kudos to the Northeast Resource Recovery Association and for the work it has done in this area.

Recycling relies on the willingness of people to do more with their trash than just throw it away. If we sit back and let falsehoods prevail, Americans will lose their faith in recycling. And that is truly bad news.