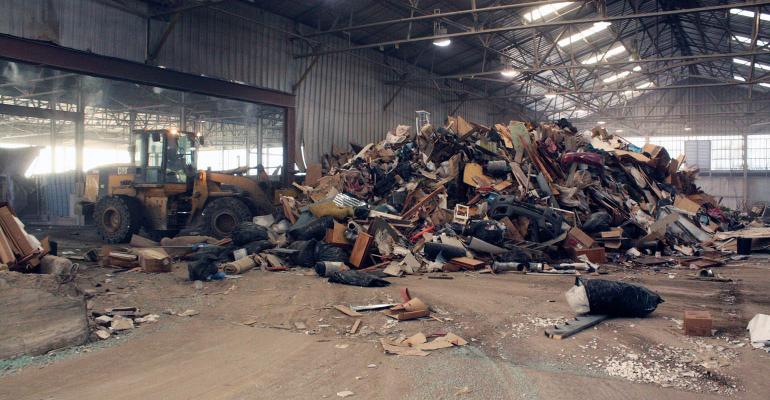 The upcoming exhibition on January 26, 27 and 30 will feature works of art from Rodney Ewing, Beth Krebs and Ciaran Freeman.

Entering its 29th year, the Artist in Residence (AIR) Program at San Francisco-based Recology has been showcasing artists and their work for decades while also raising awareness about the importance of conservation. The program will be holding an exhibition for its three current artists to showcase what they’ve created over the last four months on Friday, January 26 from 5 p.m. to 8 p.m. and Saturday, January 27 from 1 p.m. to 3 p.m. Additional viewing hours will be held on Tuesday, January 30 from 5 p.m. to 7 p.m., with a gallery walk-through with the artists at 6 p.m.

Through the program, which was established to support local artists as well as advocate for the conservation of natural resources, artists spend four months working in Recology’s onsite studio and creating works of art exclusively with materials recovered from Recology’s public reuse and recycling area.

Deborah Munk, who has been managing the program for 17 years, has seen firsthand the effects of the program over the years. "It's important to have many different types of education programs because people learn differently. It's also very important for businesses to support local artists, and that's what we're doing with this program," says Munk.

Each year, between 120 and 150 applications are reviewed by a committee of eight artistic professionals. From those applicants, nine artists are chosen to interview for six spots.

Although artists are required to only use the resources found among Recology’s recycling area, participants have created art forms of all kinds throughout the program’s history, ranging from paintings and sculptures to videos and symphonic music.

"We're not just a place for found material art,” says Munk. “We're here for any artist who wants to apply."

Many exhibits discuss how critical it is to conserve and reuse material as well as the problematic effects of consumerism. "When people come to one of the [exhibitions], they come to the realization that all of this was thrown away. It helps them change their own habits,” says Munk.

Rodney Ewing, Between Walls and Ceilings

San Francisco Bay Area-based artist Rodney Ewing says that he has been making art from common objects since childhood. That history, along with the unique challenges of the Recology program, inspired him to apply. 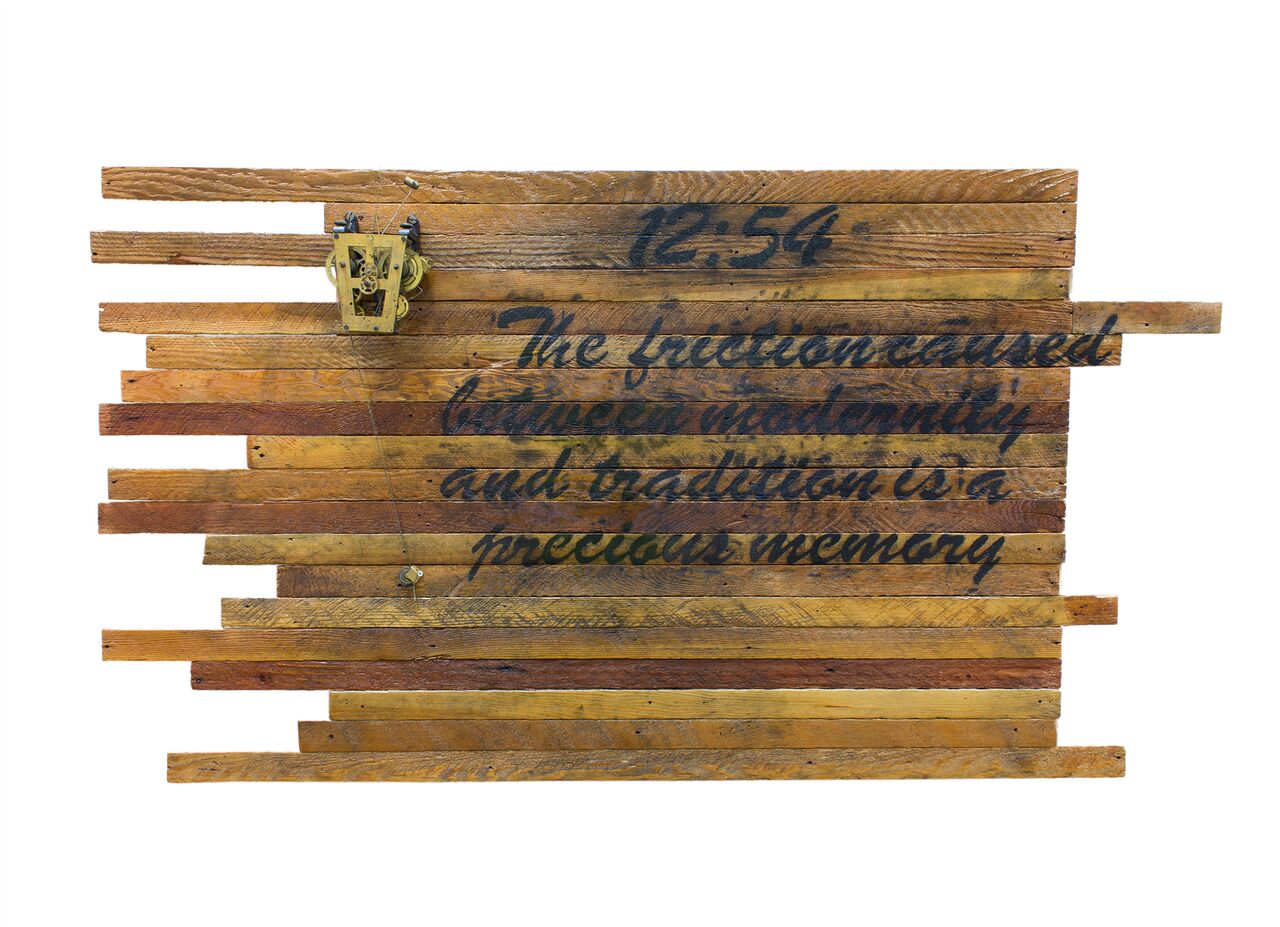 During his residency, Ewing created Between Walls and Ceilings, a mixed-media collection that focuses on San Francisco, its changing present and its disappearing past. Using material from old San Francisco homes along with text, photographs and other materials, Ewing’s work deals with memory and origins.

“The issues that inspired me to create this body of work were twofold. The neighborhood I live in (The Mission) is undergoing tremendous housing changes that are seeing Latinos displaced at an accelerated pace,” says Ewing. “My girlfriend and her colleagues at United Save the Mission have inspired me to create work that reflects this change. Additionally, the materials that I became attracted to at Recology were building materials and the remnants from homes that had been torn down. I felt that I had to honor the origin and history of these materials.”

Beth Krebs had been an artist-in-residence at several venues across the country before coming to Recology, and she says its reputation in the art community and the amenities provided drew her to becoming a resident. 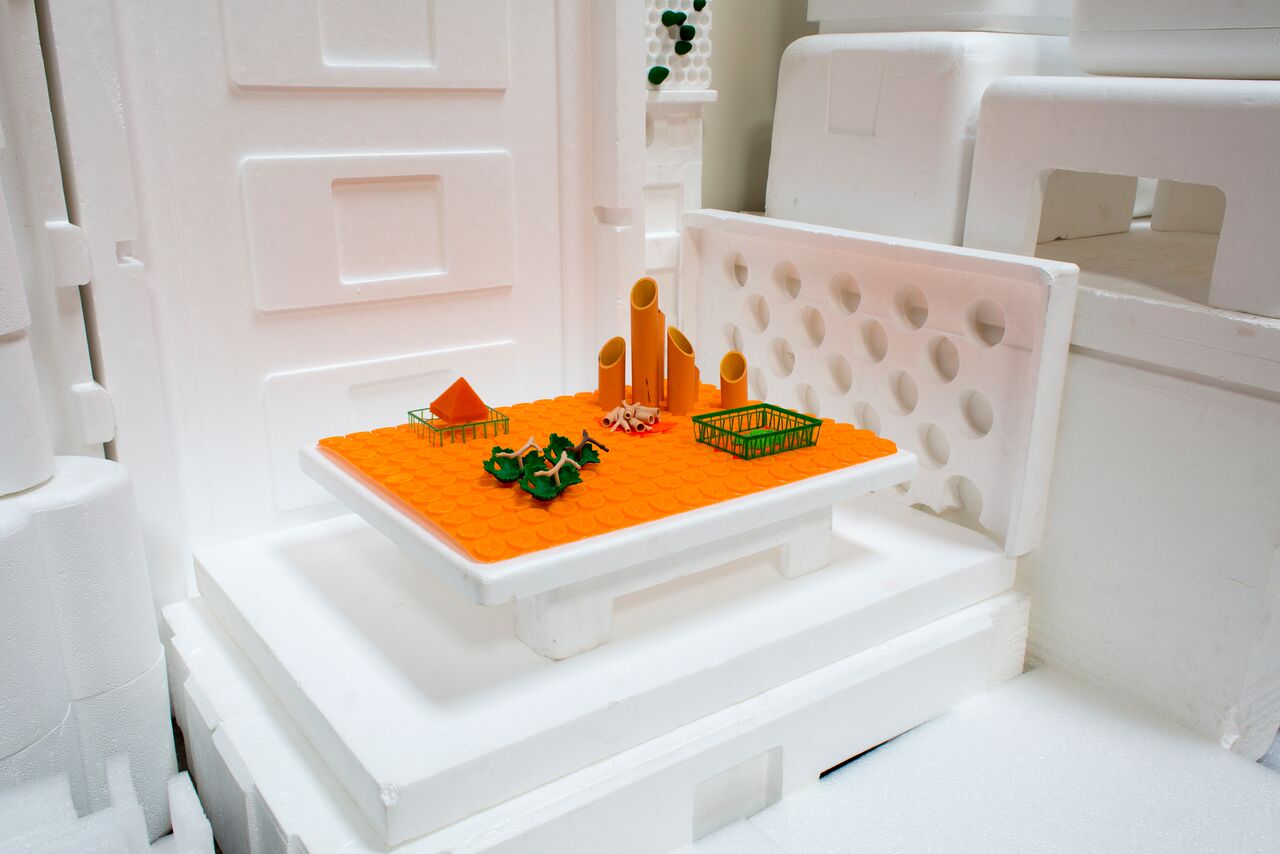 “I also suspected that it would be an interesting challenge to respond to this place in a project,” says Krebs.

Krebs’ collection, Candy Land, is a large-scale, sculptural installation that deals with two sides of consumerism: the enticing and attractive nature of packaging material and the many problems such material can cause once it’s discarded.

“Packaging is seductive,” comments Krebs. “I have felt conflicted by the simultaneous appeal of these materials and the nauseating volume of them. I want to convey both in my installation.”

Krebs says she wasn’t planning on dealing with consumerism or making an installation before entering the program, but “seeing the unrelenting volume of discarded material made a consideration of consumerism unavoidable.”

Currently a senior at Santa Clara University, Ciaran Freeman is the youngest of the three artists being featured. His collection, Lineal, is a mixture of paintings, drawings and mixed-media pieces. Throughout the collection, Freeman has incorporated items discarded by contractors, such as blueprints, conduit and lumber. 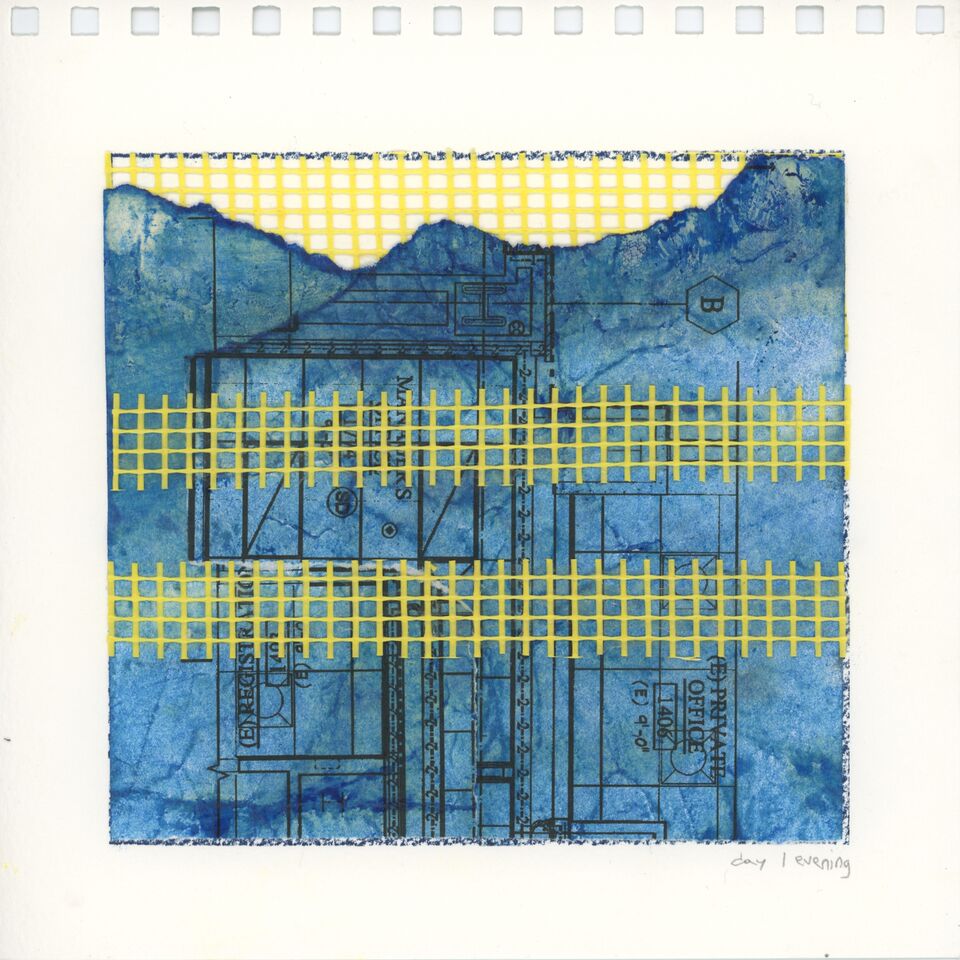 “I first learned of Recology’s AIR program while listening to Val Britton’s artist lecture at the de Saisset Museum,” says Freeman. “After attending a Saturday tour with the Santa Clara University Student Art League, I was inspired by the access to discarded construction materials and the influence that those could have on my practice.”

Line is heavily emphasized in Freeman’s work, hence the name of his collection, which also touches on his own lineage. “Line is one of the foundations of art. As artists, we use it to express who we are in a physical medium,” states Freeman.

Freeman also includes photographs from his time working for his father’s construction business in New York City. “By using construction material, those that I am familiar with on the jobsite, I have found the freedom to begin exploring abstraction,” says Freeman.