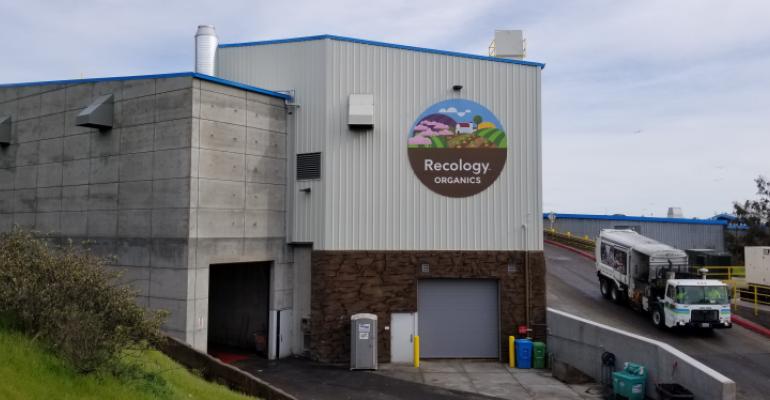 Recology is working with the city in support of a curbside recycling and composting mandate, as well as challenging citizens to divert more and landfill less.

Resolute to bump up recycling in San Francisco, Recology, the city’s sole municipal solid waste collector, has invested $33 million in three years in equipment upgrades, infrastructure and community education. It’s working with the city in support of a curbside recycling and composting mandate. And it’s challenging citizens to divert more and landfill less.

In 2018, Recology retooled Recycle Central, a 200,000-square-foot materials recovery facility (MRF). It built West Wing, an extension of its transfer station, to capture more organics for compost. It launched Better At The Bin, an online, interactive initiative calling on San Franciscans to be more savvy recyclers and explaining how to make less trash in the first place. And the company delivered more than 100,000 new residential recycling and landfill carts (doubling the size of the recycling carts and halving the size of landfill carts).

As of late February, when the new bin system was 85 percent complete, recyclables are up 9 percent, compostables are up 2 percent and garbage to landfill is down 6 percent in areas where the bin exchange occurred, according to Robert Reed, public relations manager, Recology.

There’s been a push to generate higher-quality fiber bales. Since installing new fiber optical sorters (called Pellenc) at Recycle Central, the company reduced contamination levels from 6 percent to 1 to 2 percent.

“These new Pellenc optical sorters allow us to sort [blow on] smaller pieces of OCC [old corrugated containers] and plastic that previously wound up either as bale contamination or sent to the waste stream,” says John Ferrari, senior operations manager at Recycle Central, adding each Pellenc can be programmed to sort for three materials.

“We are capturing more in OCC and browns. And we will also be able to continue reducing and eliminating film plastic contamination in fiber materials,” he says.

All sorters can be programmed to target materials based on changing market demand. For now, fibers and beverage and food containers are the primary focus, says Ferrari.

To capture more organics, Recology launched an extension of its transfer station. While it currently receives 750 to 800 tons of food scraps and yard trimmings a day, the new operation has capacity to receive and transfer more than 1,000 tons daily, a target it’s aiming for.

While robust investments in equipment and infrastructure are making a difference, San Francisco still grapples with getting people to recycle and compost properly, a priority especially since 2009 when the city began requiring every city entity to compost and recycle.

“Property owners are putting out the bins and people are using them, with 99 percent compliance among accounts. But 60 percent of what we find in black bins should be in the blue or green bin,” says Debbie Raphael, director of San Francisco’s Department of the Environment.

“That 60 percent says it’s not just about infrastructure or the ability to separate cardboard from plastics and other materials. It’s also about educating on what goes in each bin. And it’s about motivation to make sure they put it there,” she says.

The city and Recology meet weekly to discuss issues like this and devise strategy tweaks. Trucks are wrapped with recycling messages. More messages are pushed through social media. And people tour through the MRF and transfer station for insight.

But Reed believes one of the most persuasive tools is Better at the Bin, an online platform intended to both motivate and educate. It features compelling data, such as how much trash Americans generate and simple steps for reducing waste.

Visitors can read how to sort and watch videos showing how to clean beverage and food containers, while hearing about the value of paper and that liquids and food render it worthless.

Allowing visitors to engage easily and in ways they’re used to makes a difference, believes Reed, noting the site had about 50,00 visits from late October through early February.

“People using a smart phone can simply scroll down and read key points, watch short videos and read bullet lists noting things we can all do to make a positive difference,” he says.

Raphael calls the city’s partnership with Recology “the perfect union between the public and private sectors when it comes to moving to zero waste."

“The city passes policies. Recology can make longer-term investments in infrastructure. And together we work on outreach and education. I think this partnership between waste service provider and the city is what makes San Francisco successful. Together, we always ask what’s next, looking at new material to divert, new outreach methods, new sorting technologies and new policies,” says Raphael.