MillerCoors Celebrates 60th Anniversary of the Recyclable Aluminum Can 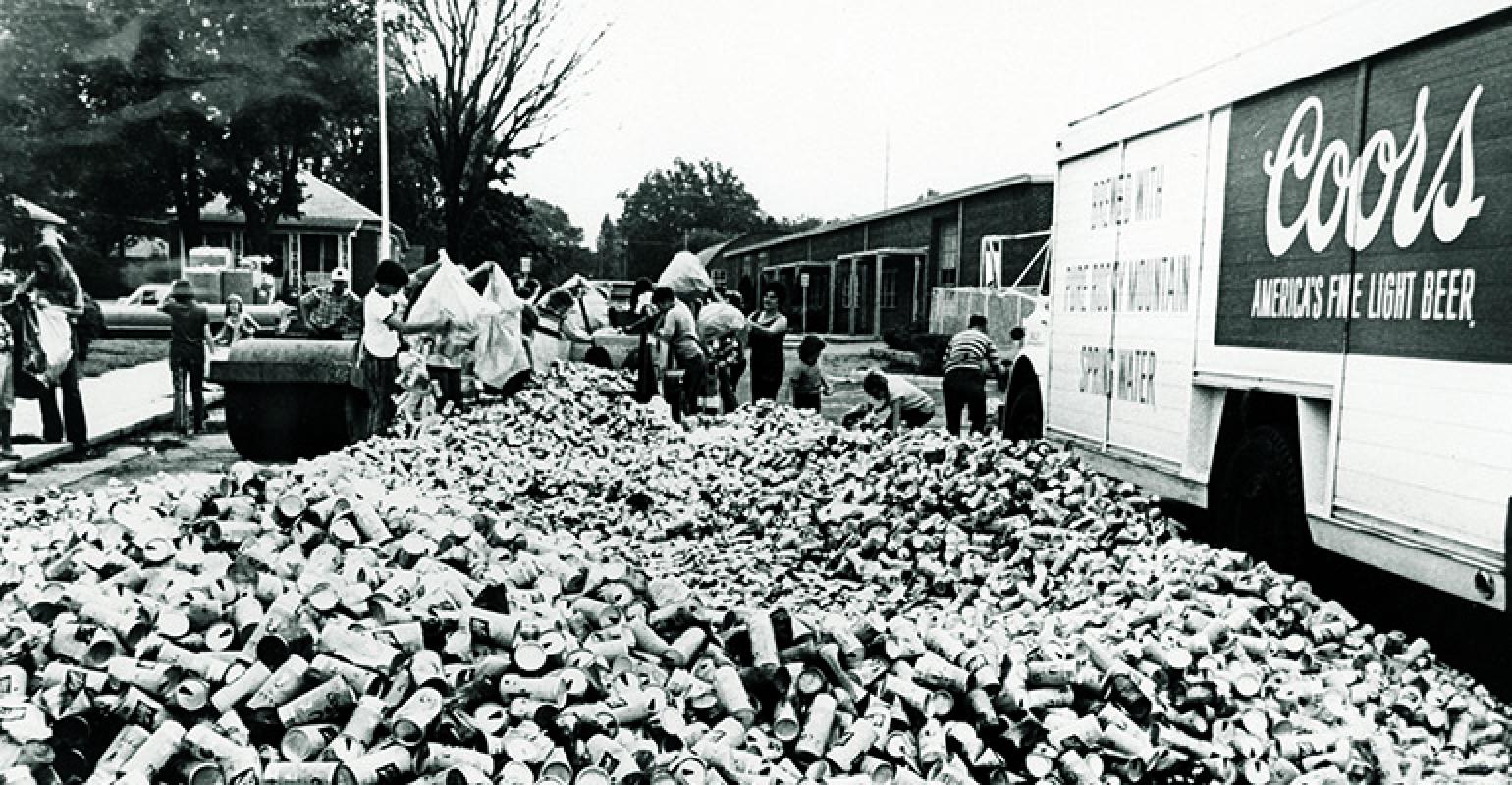 Sixty years ago, the two-piece recyclable aluminum can designed by Bill Coors made its debut with a 7-ounce Coors Banquet. The can was a product of years of research and $10 million worth of trial and error, and it was ultimately Coors' solution for doing away with throwaway steel cans and providing colder, better-tasting beer.

Along with the release of the can, Coors launched a recycling program called Cash for Cans.

These sustainability efforts kicked off what MillerCoors refers to as a "recycing revolution," and to celebrate 60 years of its recyclable aluminum can, the company has created a blog post featuring 10 fun facts about the can.

As you take a sip from your next can of beer, you can thank Bill Coors and a team of more than 100 in Golden, Colo., for its fresh taste.

Sixty years ago today, on Jan. 22, 1959, the two-piece recyclable aluminum can designed by Coors made its debut with a 7-ounce Coors Banquet, a move that revolutionized the beverage container industry.

Pioneered by the late former Adolph Coors Co. chairman, the aluminum can was the product of years of research and $10 million worth of trial and error. Coors undertook the initiative with two goals in mind: Clearing the landscape of throwaway steel cans and colder, better-tasting beer.

Inspired by European technologies and other discussions, Bill Coors and others in the mid-1950s researched the manufacturing processes and started amassing equipment. Within five years, those first Banquets began rolling off the line.