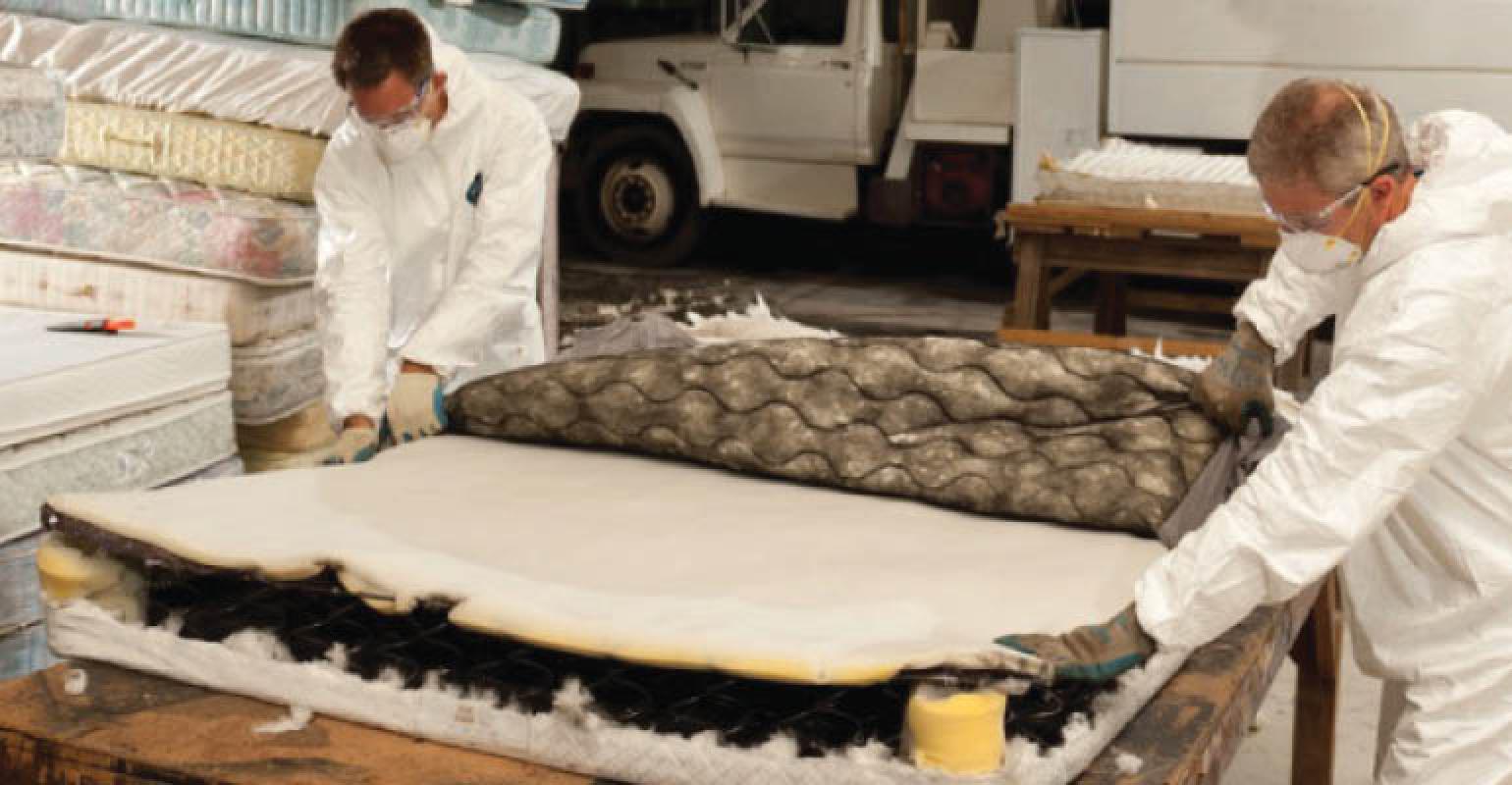 The Mattress Recycling Council’s Bye Bye Mattress program announced that it has recycled its one millionth mattress. This means that Bye Bye Mattress has diverted nearly 25,000 tons of materials from landfills in the three states that MRC serve—California, Connecticut and Rhode Island. Each state enacted its own mattress recycling law to reduce the number of mattresses sent to landfills, combat illegal mattress dumping, and increase recycling rates.

The mattresses are collected from more than 300 collection sites, which allows the public to drop-off old mattresses and box springs for recycling at no cost. Now that consumers have a new option to recycle, Bye Bye Mattress has saved more than 11 million cubic feet of landfill space.

“During the initial year of its program, Bye Bye Mattress has significantly increased mattress recycling for communities across the states served. Having surpassed one-million units shows that the mattress industry has created a practical solution that is showing real promise,” Ryan Trainer, president of the Mattress Recycling Council, said in a statement. “It is a major milestone, but is also just the beginning. We are still committed to making mattress collection and recycling in these states easier and more efficient for everyone.”

Bye Bye Mattress debuted in Connecticut in May 2015, California in December 2015 and Rhode Island in May of 2016. Each state program is funded through a small recycling fee that is collected when mattresses and box springs are sold. The fee is used to operate the program in each state by providing containers for collection sites and transportation of mattresses to contracted recyclers for deconstruction.

Throughout the three participating states, 11 recycling facilities process mattresses on behalf of the program. They deconstruct the unit, separating it into general components - steel, foam, fibers and wood. The materials are then prepared for sale to scrap dealers or other end markets. MRC expects Bye Bye Mattress to recycle another million units or more in 2017. The increased volume is creating jobs and driving innovation.

In California and Connecticut, non-profit organizations like Goodwill of Silicon Valley, DR3 and Park City Green use mattress recycling as the basis for a jobs training program to help veterans, ex-offenders, the homeless and others who have trouble finding work.