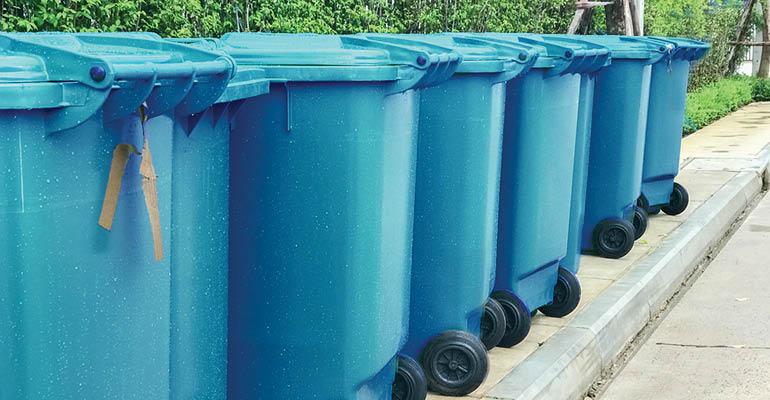 The report is broken up into five chapters and includes The Recycling Partnership’s top five perspectives on curbside recycling in the U.S.

The Recycling Partnership (TRP) has released its “2020 State of Curbside Recycling Report,” an analysis of the dimensions, performance, stresses and opportunities for improvement to curbside recycling in the United States.

The report points out that in order to help curbside recycling in the U.S. take the next steps in its singular purpose of capturing an estimated 37.4 million tons of commodities to feed a circular economy, it must be viewed as a system in which the application of common, broad interventions can help it achieve its full potential.

Currently, the U.S. curbside recycling system is successfully capturing an estimated 11.9 million tons, or about 32 percent of that 37.4 million tons. The Recycling Partnership notes that to create a higher-functioning system, three essential elements—curbside access, participation and participant capture behavior—must receive focused attention. According to the executive summary of the report, those elements can be addressed through smart applications of funding, best management practices and the broadest possible stakeholder involvement. 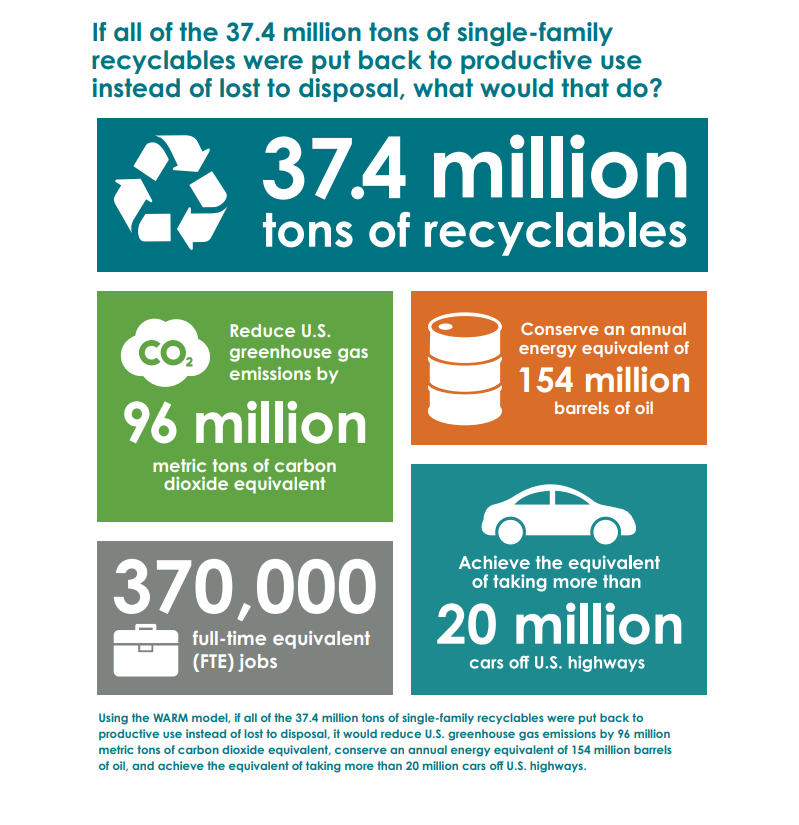 “System interventions are critical now as curbside recycling faces the most stressful time in its 30-year history,” according to TRP. “Dramatic declines in the monetary value of key materials due to dramatic shifts in the global marketplace have imposed higher costs on the local curbside programs that act as the frontline for material recovery in the U.S. This study finds that local programs now pay an average processing fee to materials recovery facilities (MRFs) of $64 per ton, with some programs absorbing fees exceeding $100 per ton.”

“The Recycling Partnership calls on all U.S. curbside recycling service stakeholders to be precise and consistent in adopting the term inbound contamination to measure and specifically differentiate contaminants in collected material from residues in MRFs,” TRP emphasizes in its report. “By focusing on inbound materials, communities can make major strides in addressing the contamination issue using proven best management practices discussed in this report.” 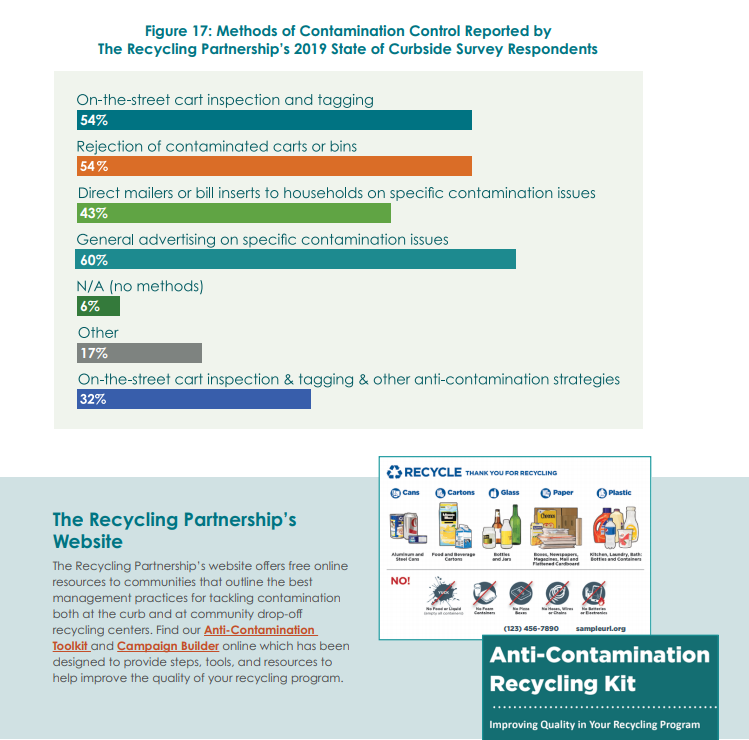 The report, which is broken up into five chapters, also includes TRP’s top five perspectives on U.S. curbside recycling:

“The curbside recycling system in the U.S. has tremendous potential to contribute solutions to some of the world’s most pressing issues, including helping to slow climate change, reducing misutilization of vital resources and creating a circular economy,” the report concludes. “Built over 30 years of program and infrastructure development, accomplished through the exercise of political will in thousands of communities across the U.S. and supported through critical investments by private sector actors, the system is poised to take a leap into Recycling 2.0, a transformed and dynamically improving system.”

“However, that transformation will not occur without dedicated, large-scale intervention by all system stakeholders,” the report states.

According to TRP, strategies to achieve Recycling 2.0 will require: