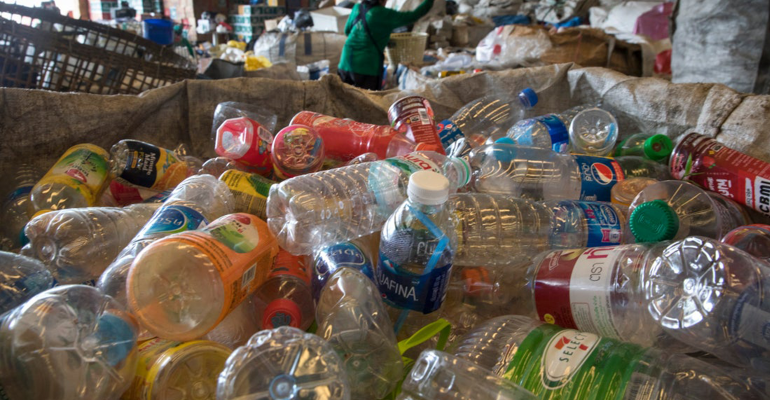 Coca-Cola's press releases and goals have interesting similarities. Goals are usually set for 2025 and 2030 and are usually 25 or 50 or even 100 percent. They also lack specificity. Even more important is what they don’t say.

Coca-Cola recently announced its “industry-leading” target for reusable packaging. Its highly laudable goal is to have “at least 25% of all beverages globally across its portfolio of brands sold in refillable/returnable glass or plastic bottles, or in refillable containers through traditional fountain or Coca-Cola Freestyle dispensers” by 2030. That’s a bit of a mouthful. I think it means one quarter of the beverages they sell across the world will be in refillables instead of single use containers.

In 2020, according to its press release, “reusable” packaging accounted for about 16 percent of the company’s total volume. Which means their goal is to almost double that in less than eight years. I hope they reach this goal. Refillables almost always have a greener footprint than recyclables.

This isn’t Coke’s first press release promising to do green. In 2018 it announced goals of 100 percent recyclability for all “primary” packaging by 2025 and 50 percent recycled material by 2030. The company even had a press release setting a recycled content goal back in 1990. Unfortunately, it abandoned that goal within three years. Oddly, it didn’t issue a press release when that happened.

Coke isn’t the only company putting out press releases announcing recyclability and recycled content goals. Unilever, Mars, Walmart, and a host of other companies are rushing to burnish their green credentials. They are proclaiming their dedication to design for recycling, to use as much recycled content as possible, and to recycle more.

Even more important is what they don’t say. For instance, does the CEO’s performance bonus package include meeting the goals in each year on the way to 2025 and 2030? Just like a teacher teaching to the test, CEOs concentrate on meeting their performance goals. If the CEO has a financial stake in meeting the goals, they are more likely to serious about achieving it. And is the company willing to pay more, if necessary, to meet its goals? I’m not saying they should waste money, but I am asking if they are willing to commit the necessary resources for success.

Progress towards meeting these goals can be shown by yearly press releases showing where they are moving forward and where they aren’t. These yearly reports will show they are serious and not just hoping that all this green stuff will go away and their goals will be forgotten. After all, press releases are forgettable, action isn’t.

Don’t get me wrong, I am glad they are doing this. I only focused on Coke because its refillable press release is the most recent of this genre.  These companies feel pressure from customers and stockholders and want to improve their green footprint. I know many of the people working on meeting these goals and do not doubt their sincerity or their determination. But I would feel better if their companies were candid about how the goals were set, how they intend to meet them and to show yearly progress towards achieving them.

Coca-Cola’s World Without Waste report released in 2021 is a fascinating report chockful of interesting insights. Read it, but don’t ignore the footnotes, they always add clarity. While you are at it, note the “Forward-Looking Statements” at the end of the refillability press release. They provide an interesting look at factors that could disrupt the company’s progress towards meeting these goals. If they succeed, I’ll celebrate with one of their products in a refillable bottle. That will make a nice press release.