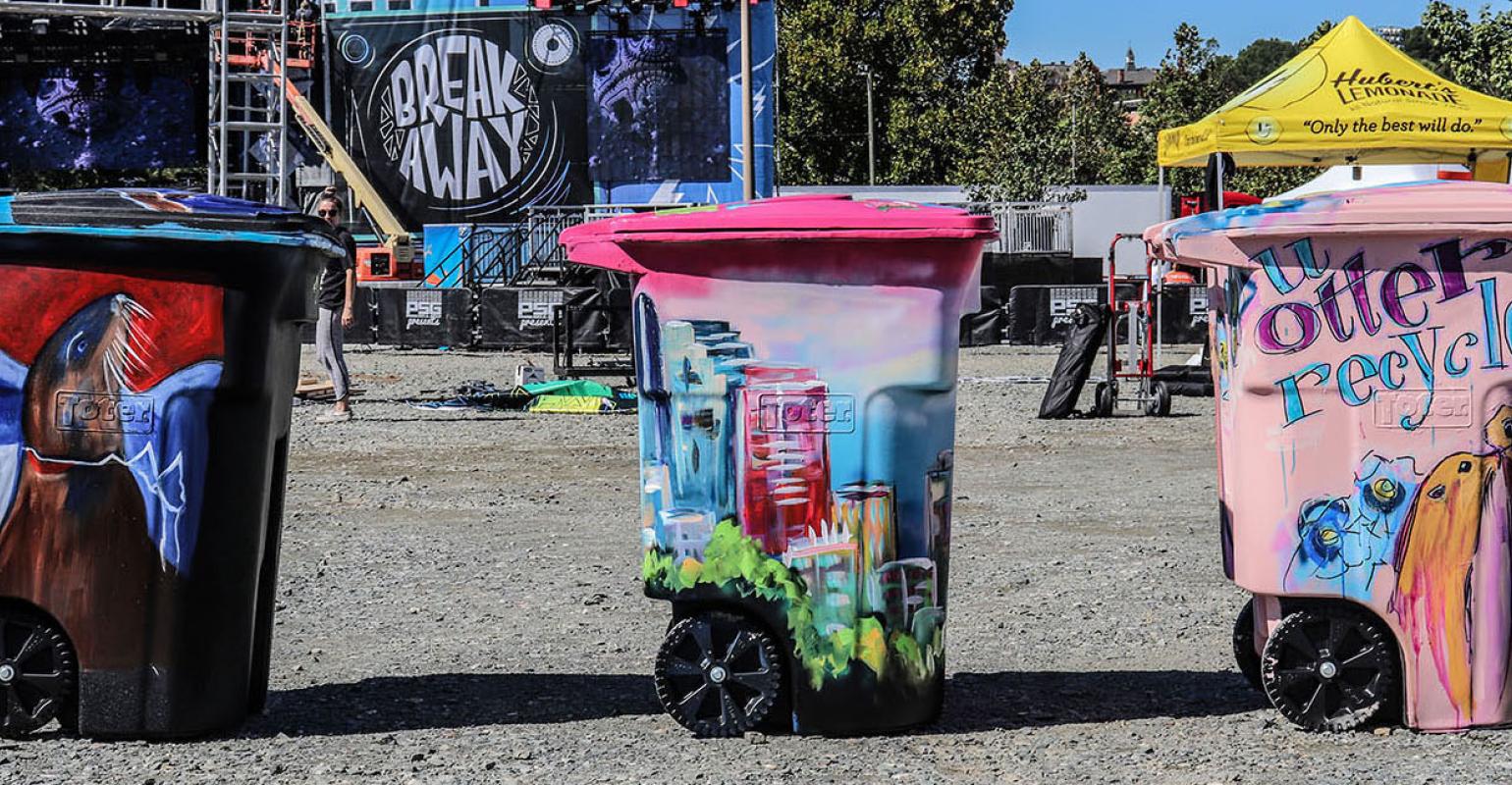 The competition brought artists together to paint 96-gallon Toter carts with themes of recycling and sustainability during the festival.

Toter, North American manufacturer of curbside refuse and recycling carts, recently hosted the I Can Cart Art Competition, which brought artists together to paint 96-gallon Toter carts with themes of recycling, sustainability and the Breakaway Music Festival.

The competition also challenged participants to create “I Can” pledges inside of the cart lids to encourage attendees to recycle and promote sustainability throughout the festival.

“By thinking creatively about our containers on the outside, we are encouraging consumers to think differently about what they put on the inside,” said Kristin Kinder, director of research and waste stream sustainability for Wastequip, in a statement. “Through the I Can Cart Art Competition, Toter is increasing awareness about how community members can commit to rethink the waste that goes from their cart to the landfill.”