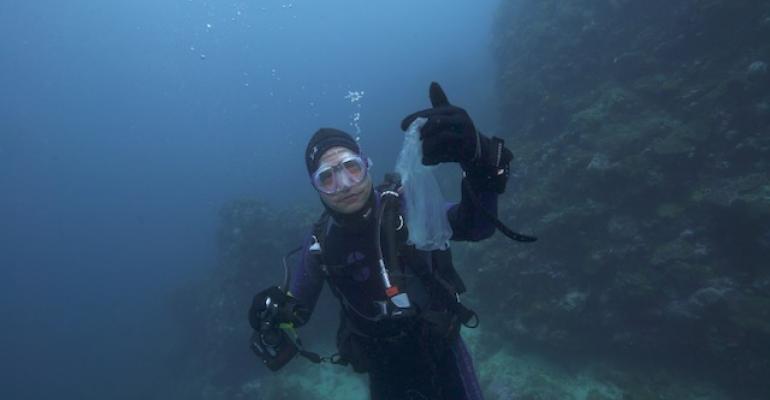 Fisk Johnson, chairman and CEO of SC Johnson, holds up a piece of plastic pollution he found during a dive.
All of the company's plastic packaging will be recyclable, reusable or compostable by 2025.

SC Johnson announced a series of commitments to further reduce its own plastic footprint by boosting recycled plastic content in its packaging, supporting reuse of plastic bottles through concentrated refills and launching an effort to make Ziploc bags recyclable at curbside.

"At SC Johnson, being an environmental leader has been a principle we have worked hard at for generations," said Fisk Johnson, chairman and CEO of SC Johnson, in a statement. "With the increasing spotlight on the global plastic waste crisis, we wanted to share our efforts externally. We hope they inspire other companies to take similar steps toward a circular plastic economy, because the planet simply cannot sustain the status quo."

SC Johnson announced a series of commitments in accordance with the New Plastics Economy Global Commitment to reduce its plastic footprint and encourage reuse and recycling of plastic products: 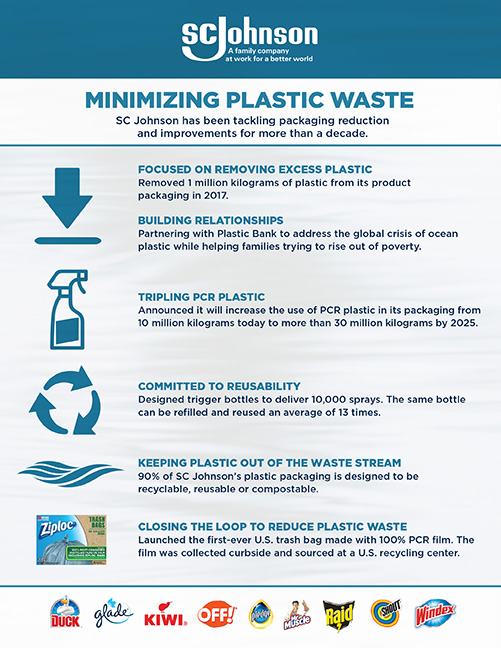 A lifelong diver, Johnson recently participated in a dive with long-time NGO partner Conservation International to explore the issue firsthand in the waters off the coast of Indonesia. He was able to see the diversity of marine life but also better understand the risks of plastic in the water and washing ashore on beaches.

"It is amazing to see firsthand the natural beauty and diversity of our oceans and to fully appreciate what's at stake here," said Johnson in a statement. "I think it's incredibly important that business, governments, civil society and people around the globe work together to solve this really important problem for humanity."