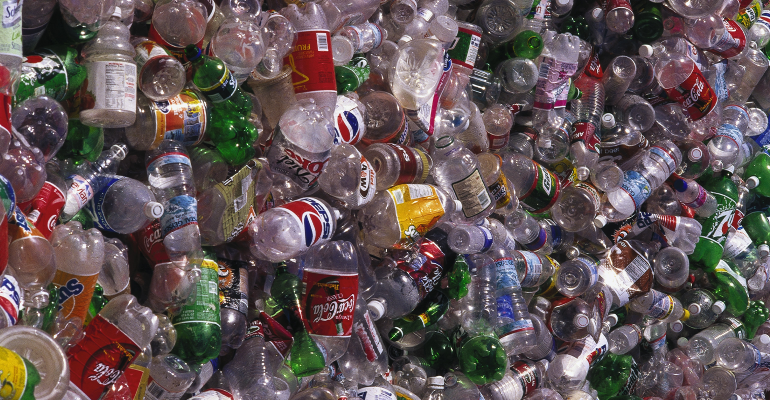 In what it calls a "comprehensive account," advocacy group Beyond Plastics has released a new document that details the repercussions of plastics manufacturing on the global climate crisis.

The New Coal: Plastics & Climate Change examined ten stages in the life cycle of plastics, using the coal-fired energy industry as a benchmark.

"Made from a combination of chemicals and fossil fuels, plastic produces greenhouse gas emissions at every stage of its lifecycle," said Judith Enck, president, Beyond Plastics. "To provide context, if plastic were a country, it would be the world’s fifth largest greenhouse gas emitter, beating out all but China, the U.S., India and Russia."

The industry overall produces 232 million tons of CO2e gas emissions annually, the equivalent of 116 coal-fired power plants, according to data in the report. As the plastics industry expands, Beyond Plastics anticipated that emissions will exceed those of the coal industry by the year 2030. Since 2019, 42 plastics facilities have began operations or are in the building process.

Enck explained that "Plastic production facilities are almost always located in low-income communities and communities of color, as are the landfills and incinerators that serve as the “final resting place” for many plastic products. All of these facilities are highly polluting and take a toll on the health of nearby residents, as well as diminishing property values in their communities."

The report stated the health impact of GHG emissions to low-income and disproportionately represented communities. Once again pointing to EPA data, Beyond Plastics found that 90 percent of emissions reported to the agency occurred in 18 communities centered along the coastlines of Texas and Louisiana. Those residing within 3 miles of a facility reportedly earned 28 percent less than U.S. households and are 67 percent more like to be persons of color.

The Plastics Industry Association (PLASTICS) wrote in response: "It’s no surprise that an organization named Beyond Plastics would cherry-pick data to fit their narrative in order to raise more money for themselves and attack the work being done by nearly one million Americans in the process."

The organization pointed to the weight and durability of plastics, stating that the material's weight translates to a reduced environmental footprint, less energy use and fewer carbon emissions.

In reference to plastics' lighter weight, PLASTICS looked to a 2020 Imperial College of London study that demonstrated plastic's performance in comparison to alternatives. The study, which analyzed 73 lifecycle assessments, found that materials such as cotton, glass or metal have a "significant higher CO2 impact or water usage." It also showed that replacing all plastic bottles with glass would result in CO2 emissions equating to 22 large coal-fired power plants.

PLASTICS continued to make comparisons to other materials in its rebuttal, writing that if plastic packaging alternatives became commonplace, waste and energy consumption would double. The group made reference to a 2020 University of Michigan’s School for Environment and Sustainability study that the environmental impact of single-use glass is greater than that of plastic, especially in terms of lifecycle energy and GHG emissions.

Beyond Plastics addressed the refuting data, writing: "Reports generated by the plastics industry are incomplete and consequently understate the quantities of gases, especially methane gas, it releases. Industry reports are incomplete and the gap in data between what they report and the gases actually released conceals acute short-term implications for the climate. Most significantly, neither fossil fuel producers nor pipeline operators account for leaks that transpire during the manufacture or transport of feedstock, though such leaks are a regular occurrence with regular, measurable outcomes."