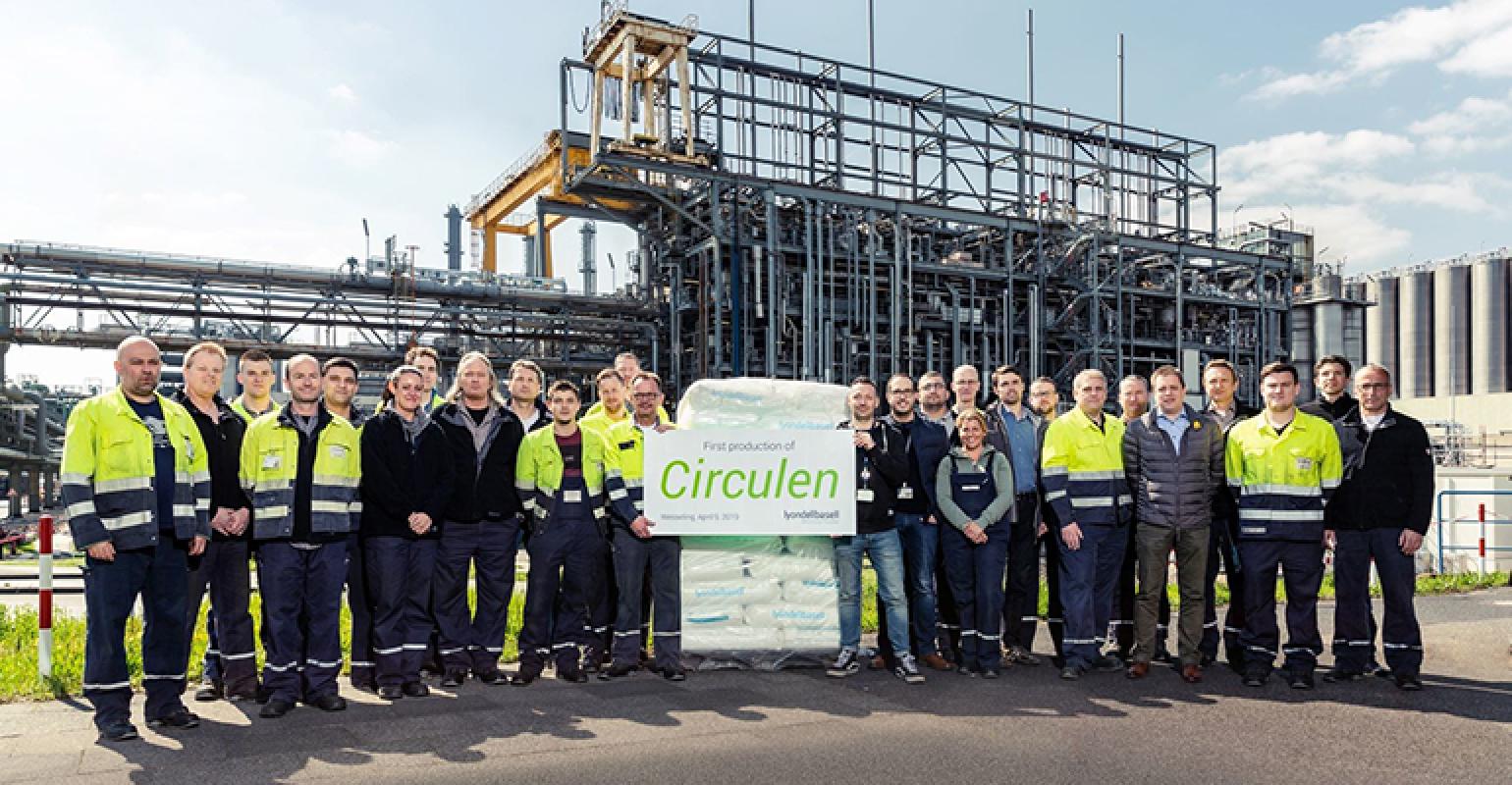 Bio-based polypropylene and bio-based low-density polyethylene were produced simultaneously at commercial scale during the collaboration.

LyondellBasell, a global plastics, chemicals and refining company, and Neste, a producer of renewable diesel from waste and residues, jointly announced the first parallel production of bio-based polypropylene and bio-based low-density polyethylene at a commercial scale.

The joint project used Neste's renewable hydrocarbons derived from sustainable bio-based raw materials, such as waste and residue oils. The project successfully produced several thousand tonnes of bio-based plastics, which are approved for the production of food packaging and being marketed under Circulen and Circulen Plus, the new family of LyondellBasell circular economy product brands.

"LyondellBasell has an innovative spirit that spans decades, and an achievement like this showcases concrete actions we are taking in support of a circular economy," said Richard Roudeix, LyondellBasell senior vice president of Olefins and Polyolefins for Europe, Asia and International, in a statement. "Through the use of renewable resources, we are contributing to the fight against climate change and helping our customers achieve their environmental targets."

"We are excited to enable the plastics industry to introduce more bio-based material into its offering. It is very satisfying to see Neste's renewable hydrocarbons performing perfectly in a commercial scale production of bio-based polymers, providing a drop-in replacement option to fossil materials," said Neste President and CEO Peter Vanacker in a statement. "This pioneering collaboration with LyondellBasell marks a major milestone in the commercialization of Neste's renewable polymers and chemicals business focusing on developing renewable and circular solutions for forward-looking sustainable brands."

LyondellBasell said it sold some of the renewable products produced in the trial to multiple customers, one of which is Cofresco, a company of the Melitta Group and with brands like Toppits and Albal, a European supplier of branded products in the field of household film. Cofresco said it plans to use the Circulen Plus bio-based polyethylene to create sustainable food packaging materials.