HomeRecyclingPlasticsIt’s Time to Remove the Recycling Symbol from Plastics (Commentary)
Recent
This Week in Waste: Top Stories May 23 - May 28
May 27, 2022
Landfill Emissions Measurement: What We Know, What We Need to Know
May 27, 2022
SWANA & Oceans Caucus Foundation Host Congressional Briefing on Recycling
May 27, 2022
Collaboration Leads the Way in Connecticut to New Extended Producer Responsibility Law for Management of Discarded Residential Gas Cylinders
May 27, 2022
POLL
An Uber-Style Service for Curbside Recycling
May 26, 2022
S&B Selected as Contractor for New Hope Energy’s Advanced Plastics Recycling Unit
May 26, 2022
Paragon Textiles Finds Hot Used Clothing Markets
May 26, 2022
Fresh Kills Landfill Reaches Final Certification in Closure
May 26, 2022

It’s Time to Remove the Recycling Symbol from Plastics (Commentary) 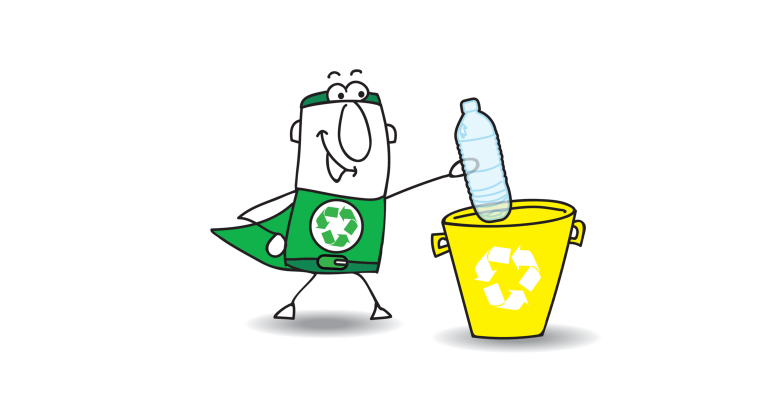 Confusing. Complicated. Frustrating. We’ve all heard these complaints from the public about plastics recycling for years. But in the past two years, the tone of the comments has markedly shifted. Now we hear: Misleading. Fraudulent. Counterproductive.

Our organization has fielded more calls and emails in the past year about the validity of plastics recycling than we have for decades. Prominent headlines challenging or disparaging the legitimacy of plastics recycling are eliciting concern, sometimes fury, even from some of our closest partners: “Are they actually being recycled? C’mon, tell me really,” they ask. “Is it even worth it? Is recycling plastics actually enabling plastic pollution?”

It was one thing when plastics recycling was just confusing. This new mistrust is downright dangerous to the progress we’ve worked hard to make —people are getting fed up with plastics, some to the point of abandoning all recycling all together. But that is entirely the wrong takeaway. Recycling, including plastics recycling when done right, saves energy, reduces carbon emissions, and reduces air and water pollution, all of which helps protect public health. Recycling can and does work for some plastics, and it is an important part of a comprehensive strategy to reduce fossil fuel consumption.

Yet recycling cannot work effectively if people don’t trust it, and right now they see the chasing arrows symbol with the resin identification code (RIC) and ask, “Why can’t it be recycled—it has the symbol on there?” As recyclers, we have spent years explaining that there is a difference between what can be recycled in theory and what is actually recyclable today in practice. In truth, there are very few plastic products that are fully recyclable today, but the chasing arrows symbol on nearly every plastic product in distribution would have the public believe otherwise. As long as we are mislabeling all plastics as recyclable, the shroud of cynicism around the entire recycling system will persist and continue to be a headwind for the recycling industry. What the symbol implies does more harm than good.

The ASTM website, the leading association for all sorts of industry standards, states clearly that the symbols are not “recycle codes” and that the symbol does not “imply that an article is recycled.” Yet whether or not the symbol legally means anything about recycling is irrelevant. The plastics industry fully knows that citizens think that symbol means that the product is recyclable, and that widespread public perception is all that matters. We can’t rebuild the trust in recycling by saying to the 330 million people in the U.S., “Hey, sorry, but you were wrong and you misunderstood what that symbol meant.” Trust comes from taking ownership and addressing the problem head on.

Even the American Chemistry Council admits that the label is confusing, stating that “new and better ways to identify what packaging and products are recyclable have begun to shift focus away from the little symbol.” Agreed, then. We need a better system, and it starts with removing the chasing arrows from the resin identification codes on all plastics.

Let’s be honest about plastics recycling.

People want to recycle and they want to believe that recycling works. But recycling cannot be built on faith alone. Recycling labels have to mean something, and the chasing arrows symbol does more harm than good when we simply say, oh ignore that, it doesn’t mean anything. Less than 10% of plastics ever produced have been recycled, so that means 90% of the time, the chasing arrows symbol is misleading at best, if not completely deceitful. If a product or package is not recyclable, it should not have any markings on it that even imply that it is recyclable. Rather, in some cases, it should clearly say that it is not recyclable in order to combat the growing contamination rates in recycling carts that threaten to undermine the efficiency of the entire system.

Currently, more than half of U.S. states require the chasing arrows and resin identification code on plastics. It was supposed to help plastics recycling, particularly when most of it was done by hand. Now we know the confusion about the symbol does more harm than good. Oregon is one of the first states to propose removing the chasing arrows from plastics. Oregon’s truth in labeling policy concept would prohibit plastic products from using the chasing arrows around the resin identification code. It would further regulate the use of the recycling symbol or the term “recyclable” for all packaging. This is a welcome move to reduce confusion and build toward more transparency and accountability, and on par with other state-level initiatives across the U.S. that aim to do the same for labelling on compostable products.

When a citizen picks up a plastic package in three years and it doesn’t have the chasing arrows symbol on it, they will look elsewhere on the package to figure out if it is recyclable. Maybe they find the How2Recycle or How2Compost labels, which provide much more detailed explanations on if and how the package can be recycled or composted, and are based on a vetted and standardized system. Of course, this standard should not just apply to plastics. It should extend to all other products as well, although I can’t remember the last time someone asked me if an aluminum can was recyclable.

The plastics industry has capitalized on the public confusion about plastics recycling for years and the unfounded belief that most plastics are recyclable. In doing so, they have jeopardized the viability and reputation of the entire U.S. recycling system. That era is over. There is no better way to make that clear to residents and to start to rebuild their trust in recycling than to remove the misleading chasing arrows symbol in favor of a vetted, accountable label.

Kate Bailey is the Policy & Research Director at Eco-Cycle, one of the oldest recycling organizations in the U.S.