Putting a Lid on Paint

Got paint? Many people have gallons of leftover paint stowed in their garages, basements and sheds. Paint accounts for about 50 percent of most household hazardous waste (HHW) programs’ disposal costs and can cost up to $8 a gallon to manage. But instead of viewing it as trash, it should be viewed as a valuable commodity. Properly collecting, recycling and redistributing paint and the containers it comes in will conserve resources, protect the environment and create jobs.

The California Product Stewardship Council (CPSC) is working to make an economic resource out of many costly-to-manage waste products, including paint. The organization is completing a three-county project in California that assists paint manufacturers with the collection and management of leftover paint. The 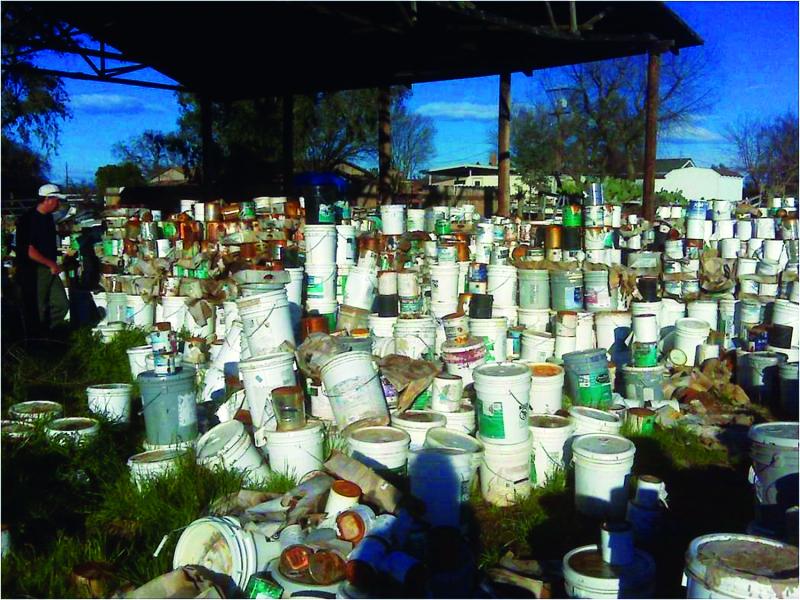 program will impact every paint purchaser and user in the state and could be a model for other states as well.

Leftover paint is a significant economic and environmental problem for local governments across California, as it is for jurisdictions in most states. This article will explain the problem, detail how it is being solved in California and suggest how that solution can be applied across the country.

The California Department of Resources, Recovery and Recycling (CalRecycle), used a grant to foster a partnership between CPSC and three counties: San Joaquin (primarily suburban/agricultural), Tehama (primarily rural) and San Francisco (primarily urban). Together the participants are known as the “Be Paint Wise Partnership.” The partnership’s primary goals are:

More than 74 million gallons of paint are sold each year in California, according to CalRecycle. The department estimates that roughly 10 percent of that paint is leftover and must be properly managed. Due to a lack of convenient ways to recycle paint, contractors, some businesses and even do-it-yourselfers store enormous amounts of leftover paint on their properties. This practice, especially when the paint is stored improperly, can have negative environmental impacts.

Landfilling liquid paint is banned in California, so local governments have been collecting paint through household hazardous waste (HHW) facilities since the early 1990s. Although HHW facilities only take in a small percentage of leftover paint — approximately 5 percent — they still collect 2 million gallons a year, costing them approximately $27 million annually to manage.

Product stewardship, otherwise known as extended producer responsibility (EPR), is a policy approach to managing many types of pro 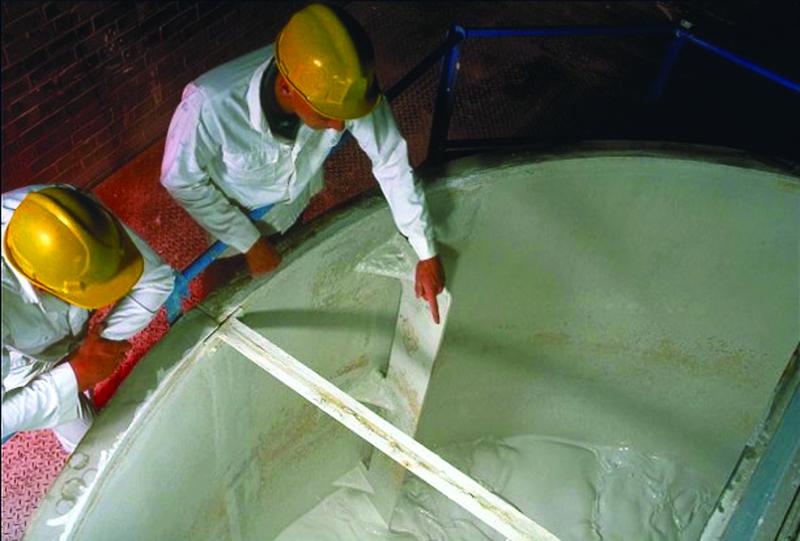 blem waste products, including paint. The approach transfers the cost of product waste management to the producers, who ultimately pass those costs on to the product’s consumers. This means the costs are no longer born by the general public through increased taxes or garbage rates.

In 2010, California became only the second state in the nation to pass stewardship legislation for managing leftover architectural paint when former Governor Schwarzenegger signed AB 1343, introduced by assembly member Jared Huffman. The law, which was supported by paint manufacturers, retailers and local governments, will take effect on July 1, 2012. In accordance with the law, the paint industry will operate a statewide stewardship program for architectural paint through a non-profit called PaintCare. PaintCare also is responsible for Oregon’s paint stewardship program, which launched in July 2010. Data from Oregon will be combined with that collected by the Be Paint Wise Partnership to provide the foundation for California’s forthcoming statewide program.

The Be Paint Wise project started with focus group studies in Sacramento centered on three questions: What does the public understand about the problems surrounding paint disposal? Do consumers know where paint should be taken at the end of its useful life? And why do consumers overbuy? Based on this and other information, CPSC drew several conclusions:

These findings helped the CPSC to develop the partnership’s message and logo, ensured that public education materials on how to buy the right amount were at the point of sale, and revealed the need for more convenient collection locations, such as retailers.

The project was successful at recruiting 17 retailers in the three counties to serve as paint collection locations. CPSC learned that the public responded to two things: advertising and convenience. Some retailers reported that if there was an ad in the newspaper or on the radio, they might subsequently receive 100 phone calls in one day asking about paint drop-off. Retailers expressed enthusiasm for the program, collecting more than 9,000 gallons in just one year in the three California counties.

“Our goal is to create a network of take-back sites throughout the state to make it easier for do-it-yourselfers and contractors to recycle leftover paint,” says PaintCare Executive Director Alison Keane. “We’re currently working with stakeholders to understand the current infrastructure and develop the parameters for establishing collection sites.”

The program will include many existing HHW programs and is expected to increase the total number of collection sites throughout the state significantly, giving consumers convenient, local options for paint recycling. “Ideally, we’d like you to be able to recycle leftover paint at the same place you purchase new paint,” Keane says.

Consumers can expect an increase in the cost of new paint in order to fund the take-back program. Although California’s fee structure hasn’t been determined yet, it is expected to be similar to Oregon’s per-container assessment fee structure:

Abby Boudouris, household hazardous waste coordinator with the Oregon Department of Environmental Quality, explains the program’s benefits in her state: “Local governments are saving money. We’re seeing collection sites in places where there previously was no service, and the services that were already in place are now more convenient for consumers.”

Product Care, the non-profit organization responsible for Canada’s paint stewardship programs, is an advisor to PaintCare. Product Care President Mark Kurschner explains that some painting contractors were wary of paint stewardship at first: “It’s not unusual for people to be concerned about how a new system will actually play out. But the response has been very positive, and we’ve been able to help many painting contractors properly recycle large quantities of paint.”

Of the paint that is collected, some may be reused or recycled into new paint. If it is unsuitable for reuse as paint, it can be recycled into other products, such as a cement additive, or burned (oil-based paint) as a fuel.

Another major goal of the Be Paint Wise Partnership was to increase awareness and sales of recycled content paint. Three retailers were successfully recruited to carry Green Seal-certified recycled paint. Recycled paint costs less than virgin paint, and is rigorously tested and certified by the Master Painters Institute. Recycled content paints certified by Green Seal are posted on the organization’s website.

To achieve Green Seal certification, the new paint has to be filtered, PH tested, and ultimately must pass the same performance tests as virgin paint. Green Seal certification means that a product has been scientifically tested, works as well or better than other non-recycled products in its class, and has been evaluated without bias or conflict of interest.

Creating market demand for recycled paint helps ensure an end-use for this material while reducing costs to local governments. Ultimately, this benefits businesses because as garbage ratepayers and taxpayers, businesses fund hazardous waste programs operated by local governments. Encouraging the use of recycled-content paint is a primary goal of the Be Paint Wise Partnership as the partners recognize that the future viability of the recycled paint market depends on consumer demand.

The simplest and best use for unwanted paint, and the most cost-effective way to manage leftovers, is to give it to someone who can use it. Many HHW facilities and Habitat for Humanity locations around the country offer a “paint swap” location where people can leave usable paint to be claimed by others. 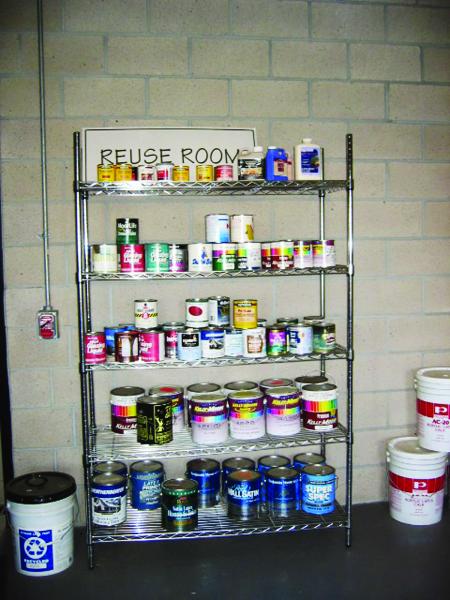 The Be Paint Wise Project successfully established paint swaps at one retail store, one landfill and one transfer station. The project showed that retailers have many fears about becoming a swap location, including the financial risk of offering free paint that competes against the purchase of new paint. The only retailer CPSC was able to convince to become a swap location did so under two conditions: the free paint was only advertised to low-income groups and the shelf containing it wasn’t located near the front of the store.

Through the Be Paint Wise Partnership, CPSC has gleaned a lot of information and developed models that can be used by other states to institute paint stewardship. It is hoped the upcoming statewide implementation of the paint industry’s stewardship program in California will help relieve local governments of some of the $27 million per year in paint disposal costs. But the benefits extend beyond cost savings for taxpayers and garbage ratepayers. Carpet recycling legislation in the state has caused the number of carpet recyclers in the state to triple (from two to six). Thus, an increase in green jobs is a safe bet as California’s paint recyclers gear up to handle more paint.

Heidi Sanborn is the executive director of the California Product Stewardship Council (CPSC), based in Sacramento, Calif. She speaks internationally on producer responsibility and is recognized as an expert on EPR policy in the United States.