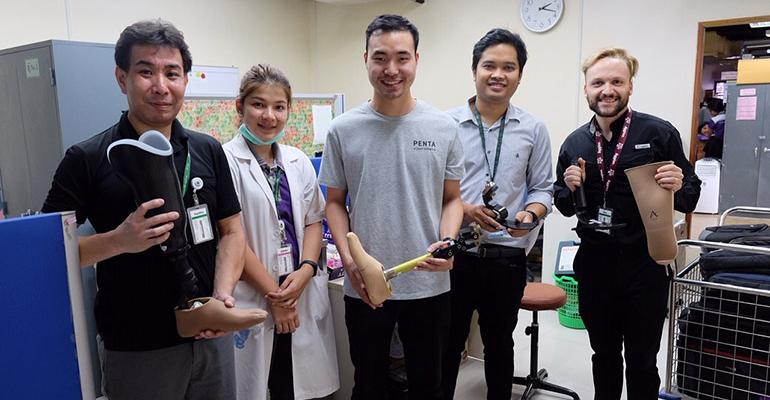 Penta Medical Recycling is looking to repurpose prosthetics by providing used ones from the U.S. to six developing countries.

The World Health Organization reports that 85 to 95 percent of the estimated 40 million people worldwide who need prosthetic or orthotic devices do not have access to care. Due to regulations and red tape, prosthetic devices cannot be reused within the U.S.

“Penta has already sent more than 850 used components to our partners, which in turn have provided more than 400 people with life-changing prosthetic devices,” says Kacha (Shogun) Mahadumrongkul, chief operations officer for Penta Medical Recycling. “In 2020, we hope to fit 1,000 more people with prostheses and to bring Penta to even more countries around the globe.”

By turning what is otherwise considered medical waste into viable prosthetic equipment, Penta operates with a sustainable model.

“So far, we have diverted $5 million worth of medical equipment,” says Henry Iseman, executive director and co-founder of Penta Medical Recycling. “By donating to Penta, medical facilities and individuals can clear clutter that is useless to them in a sustainable, healthy and meaningful way, instead of sending it to a landfill.”

Penta Medical Recycling also tries to make the donation process as personal as possible to encourage people to give their used components. 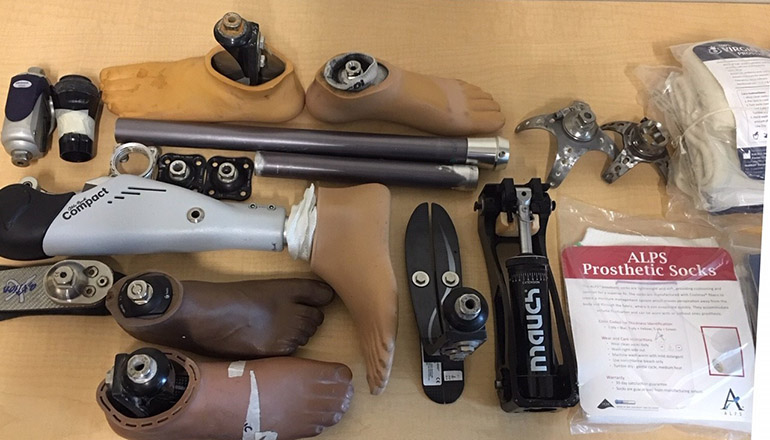 “When someone donates a gently used prosthesis, Penta makes an effort to track where that donation goes and share with the donor the story of the person on the receiving end. It’s a very special process, and, ultimately, at Penta, we want to create connections and foster relationships,” says Mahadumrongkul.

Penta Medical Recycling was established in 2016 and has support from Yale and Brown universities. In 2017, Penta won the Yale College Dean’s Challenge on Social Innovation and was awarded a $15,000 grant from the Yale Entrepreneurial Institute Fellowship.

“Penta was founded in 2016 by me, my Yale classmate, Victor Wang, and his now wife, Trang Duong, who was at Brown, to tackle an issue of enormous waste in the U.S. and help people around the world desperately in need of prosthetic care,” says Iseman. “Through our domestic and international partners, Penta collects used prosthetic limbs from around the United States that would otherwise go to landfill and repurposes them for amputees in Vietnam, Thailand, Sri Lanka, Pakistan, Guatemala and Ecuador.”

The initiative began in Vietnam, where hundreds of thousands of people were missing limbs, and 95 percent of them did not have access to prosthetic care or the means for a prosthesis.

“Through the course of research into solving this inaccessibility to care, we calculated that some 300,000 functional yet slightly outdated or worn prostheses were being replaced and discarded each year in the U.S.,” says Iseman. “We turned these two problems into an innovative solution. We could repurpose what is labeled as ‘medical waste’ here and give someone far away and in desperate need the gift of mobility.”

Penta mostly repurposes the hardware components of prosthetic legs, such as feet, pylons and knees.

“We have found that lower limb prostheses are the most needed in the countries in which we work. In addition, other necessary and unused equipment such as special liners, socks and gels are donated through Penta to our partner organizations,” says Mahadumrongkul. “We have specific guidelines pertaining to donations: prosthetic devices must be in gently used condition or used for no more than three to five years, they should not be broken or include rusted components and if they do contain a broken part, the piece should be marked accordingly and not compromise the other components.”

In 2020, Penta is looking to expand into Cambodia and Laos, as they border with and connect Vietnam and Thailand. The nonprofit also is developing relationships with organizations in India and some countries in West and North Africa.

“We have grown quite rapidly and want to make sure we don’t bite off more than we can chew. As much as we want to help everyone, we need to take a calculated and strategic approach to our expansion, considering how to spread regionally and into new parts of the world while making sure communities in our active countries are not left behind,” says Iseman.

As Penta continues to grow, it has received more requests from its partners overseas for upper limb prostheses as well as orthotic devices.

“It’s a whole new set of rules and components to learn about, but we are excited to help people in need of these as well,” says Iseman. “Further in the future, other devices that provide mobility such as a wheelchairs and crutches could certainly be a possibility.”