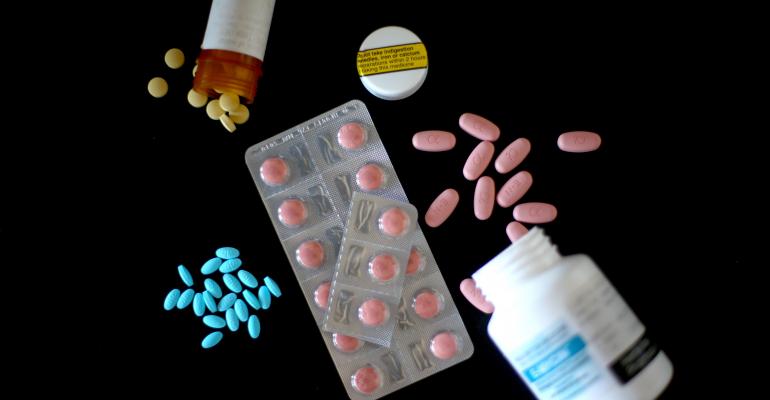 Start Slideshow ›
Companies, government leaders and others work to provide safe and convenient collection and disposal methods for expired or unused prescription drugs.

Too often, unused and expired prescription drugs find their way into the wrong hands because they are improperly disposed. So much so, in fact, that the opioid epidemic has grown over the years, taking the lives of many.

In an effort to raise awareness about the opioid epidemic and safe and convenient disposal options, companies, government leaders and others have launched campaigns, rolled out take back programs and passed legislation.

In 2017, Stericycle Inc. joined the National Safety Council as the exclusive medication disposal partner for its “Stop Everyday Killers” national education campaign, which addresses the opioid epidemic, illustrates the faces behind the numbers, educates people on the scope of the problem and promotes solutions to address the crisis.

And earlier this year, the National Waste & Recycling Association urged its members to contact their senators in support of the Synthetics Trafficking and Overdose Prevention (STOP) Act, which would prevent the shipment of powerful opioid drugs to the U.S. via the international mail system. It would also impose tough, new requirements on the U.S. Postal Service and Custom and Border Protection to curb the flow of synthetic opioids into the U.S., particularly from places like China.

To help raise awareness this National Prescription Drug Take Back Day (October 27), we highlight five companies, programs and legislation that aim to safely collect and dispose of expired and unused pharmaceuticals.