Trying to Decode the Message within EPA's Cleaner Trucks Initiative 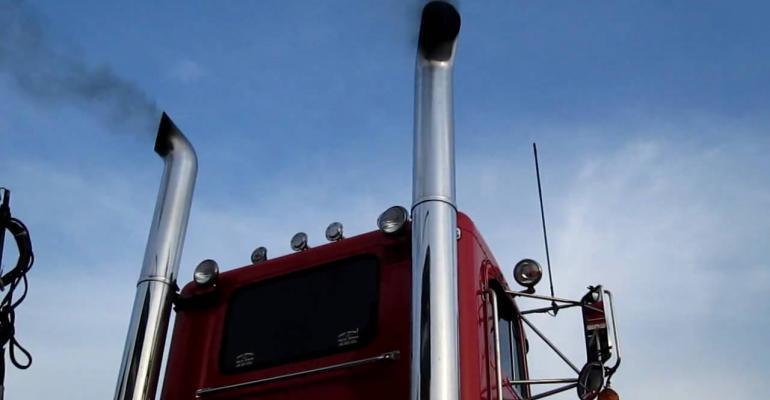 A rush announcement one week after the midterm elections, EPA's sudden interest in NOx raised some eyebrows. Now comes the hard part: can the agency meet its own 2020 deadline?

Take the announcement of the first fuel economy and greenhouse gas regulation for medium- and heavy-duty trucks. In May 2010, President Obama hosted dozens of industry officials and the chief executives of competing truck and engine manufacturers for a well-orchestrated signing ceremony at the White House.

However, a different scene played out on Nov. 13 at the Environmental Protection Agency (EPA), as acting administrator Andrew Wheeler announced the launch of the Cleaner Trucks Initiative (CTI), aimed at decreasing nitrogen oxide emissions from heavy-duty trucks.

While several trucking officials were alongside Wheeler, who has since been nominated by President Trump to become the permanent administrator, the announcement felt extremely rushed and a bit at odds with many of the deregulatory actions the federal government has taken since Trump took office.

To get insight on how the Cleaner Trucks Initiative came about and what it could mean for fleets in the coming years, I turned to Glen Kedzie.

As energy and environmental counsel for American Trucking Associations (ATA), Kedzie has been heavily involved in the development of truck emissions rules. He also worked at EPA earlier in his career, putting him in a unique position to build support for the framework of emissions agreements, while making sure they do not rely on unproven technologies.

Kedzie explained that back in June 2016, a group of state and local environmental agencies including the South Coast Air Quality Management District in California and 18 local and state air quality agencies across the nation petitioned the federal government to adopt a tougher NOx standard for heavy-duty trucks.

By the end of that year, a total of 20 local and state entities had joined the effort to seek tougher rules, leading EPA in the final days of the Obama administration to acknowledge “there is a need for further NOx reductions from heavy duty on-road trucks, buses, and other vehicles to reduce adverse health impacts.”

EPA added its goal was to develop a program that could be adopted by all 50 states, and thus eliminating the chance of a separate California regulation that could spread to other states.

However, Kedzie said there had been “radio silence” from the agency until very recently. He noted there had been some buzz there could be an announcement just ahead of ATA’s annual meeting in Texas the last week of October, but that never happened.

Then, in the week after the midterm elections, Kedzie said things went “boom, boom, boom” and the initiative was unveiled on Nov. 13. It first was reported by the national and trade media one day earlier – on the Monday the nation observed Veterans Day.

Kedzie said there are several theories as to why it came about this way, most of them surrounding the current political environment.

With the Democrats regaining control of the U.S. House of Representatives, and Rep. Nancy Pelosi of California considered the favorite to become House speaker, EPA’s action certainly could be viewed as a “green olive branch,” Kedzie said.

Likewise, with the next presidential election less than two years away, it also could be a signal EPA and the administration are more willing to listen to the “green vote” than in the past.

Furthermore, there are disagreements between the administration and California and other states on fuel economy rules for light-duty vehicles, so this CTI could also be meant as a way to build common ground moving forward.

Regardless of the exact motivation, Kedzie said it could be “extremely difficult for this rule to be completed” by the proposed 2020 timeframe. Traditionally, it has taken about three years to craft a rule before it is finalized.

“If you rush something through, there is great opportunity that someone can ultimately challenge it, and it may not stand up to legal scrutiny in the end,” Kedzie said.

Beyond the condensed development period, Kedzie pointed out the EPA staff that will be working on this proposal is quite small.

They remain busy on other rules, including the continued implementation of the phase 2 greenhouse gas regulation. (He noted it is not yet clear exactly how the disputed trailer and glider kit provisions will play out.)

As for the Cleaner Trucks Initiative, Kedzie said he expects a federal rule to happen, but offered one more note of caution.

“It will be somewhat tricky to develop a regulation in the current environment of deregulation,” he said.