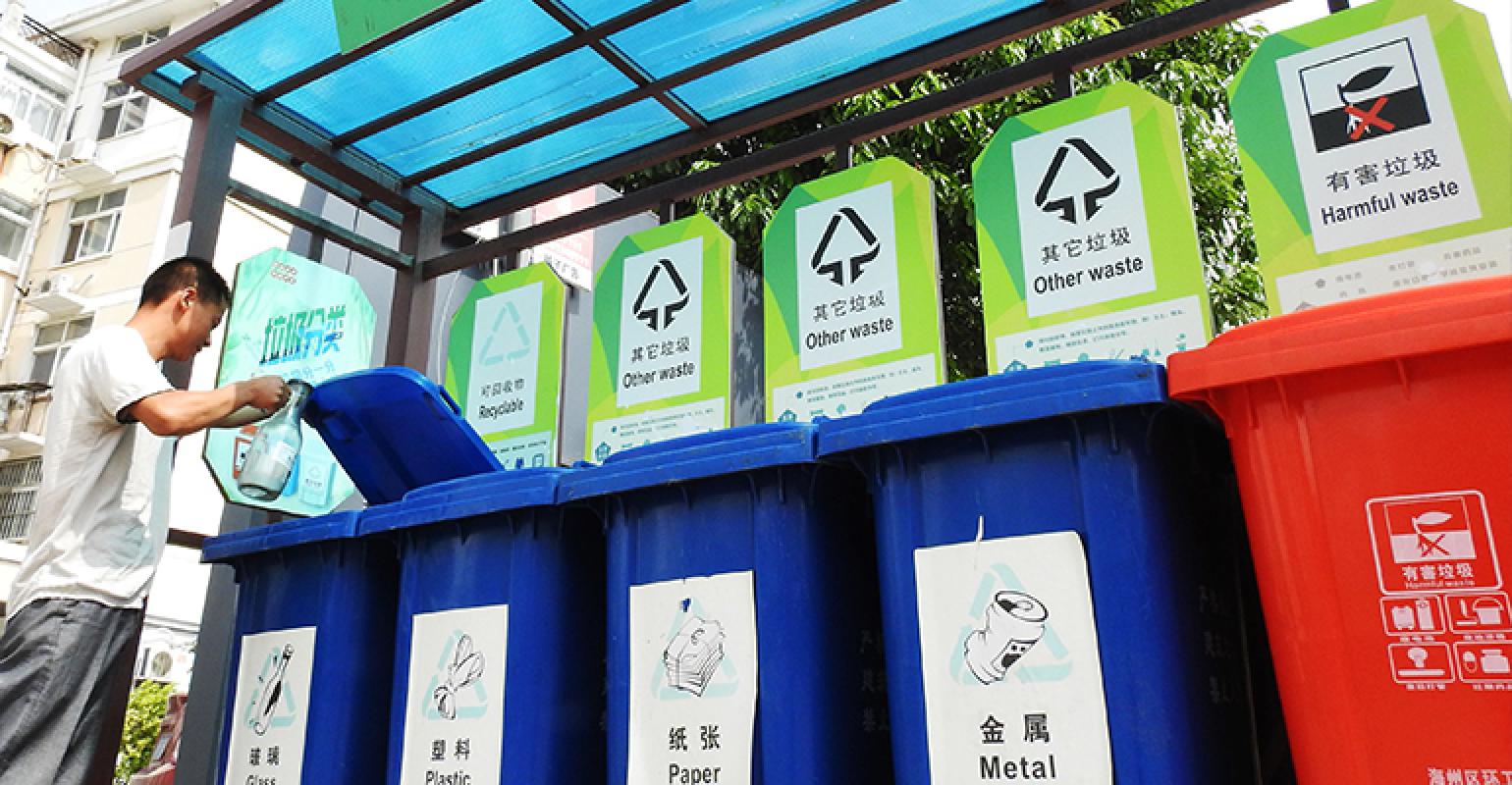 Shanghai has set rules requiring residents to sort their household waste in one of four color-coded bins, but the new law is creating confusion among residents.

To help boost its recycling rate, Shanghai is implementing rules that require residents to sort their household waste in one of four color-coded bins—dry, wet, recyclable and hazardous.

The rules, however, around what type of trash belongs in what bin are unclear, causing confusion and frustration for Shanghai residents.

Shanghai is the first city in a nationwide push to raise China’s recycling rate, The Guardian reports. By 2020, China hopes to bring its 20 percent recycling rate up to 35 percent in 46 cities, and by 2025, it hopes to to implement a nationwide urban waste sorting system, the report notes.

For the last two weeks, Shanghai residents have grappled with a singular question: “What kind of trash are you?”

The question is aimed at the city’s daily 22,000 tonnes of household waste that, according to new rules implemented on 1 July, must be sorted into one of four colour-coded bins: dry, wet, recyclable and hazardous.

While the categories may be clear, the rules are not. Chicken bones should go into the wet waste bin, but pork bones are considered dry waste. Cell phone batteries are harmful waste but older batteries go into the dry garbage. Rubbish is to be delivered to designated points at certain hours in the morning or in the evening under the supervision of volunteers.