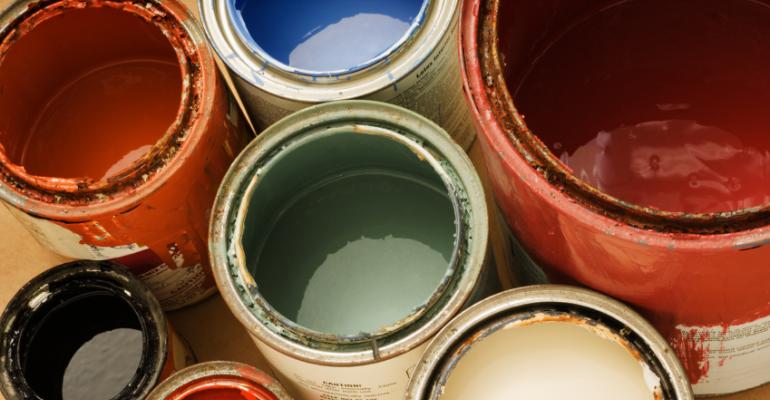 Under the new law, more than 2 million gallons of paint is expected to be recycled annually.

Residents and businesses across New York State will soon be able to recycle their unwanted paint thanks to a new law that was recently approved by the New York State Legislature and signed by Gov. Andrew Cuomo. According to the New York Product Stewardship Council (PSI), more than 2 million gallons of paint will be recycled annually under an industry-managed paint recovery and recycling program.

Almost all unwanted paint is currently disposed of in landfills or waste-to-energy facilities. The new program will create recycling sector jobs in the reprocessing of millions of gallons of paint for reuse and recycling and reduce the financial burden of waste management that local governments now shoulder.

The program is anticipated to take effect in early 2021 and will offer hundreds of drop-off locations throughout the state. There will be no cost to residents and businesses when dropping off their unwanted paint for recycling; funding to run the program is included in the cost of new paint.

New York is the 10th state (in addition to the District of Columbia) to adopt this program, which will be managed by PaintCare, a nonprofit organization created by the paint industry through the American Coatings Association. The other states that have enacted similar legislation over the past several years are Oregon, California, Colorado, Minnesota, Connecticut, Rhode Island, Maine, Washington and Vermont, as well as the District of Columbia.

"We look forward to building on our 10 years' of experience in other states to launch a program in New York that not only works for the paint industry but also meets public demand for convenience, efficiency and cost effectiveness," said Heidi McAuliffe, vice president of government affairs for the American Coatings Association, in a statement.

The recently passed legislation is based on the extended producer responsibility (EPR) model of assigning the responsibility of collection, recycling and disposal of unwanted products to the manufacturers of those products. The model paint bill was mediated by the Product Stewardship Institute over a decade ago and has been used as a basis for launching the 10 other statewide PaintCare programs since that time. The bill adds a small recycling fee to the price of new paint to finance the industry’s management of the program, ensuring a level playing field among all manufacturers. The collection sites in the program are expected to be paint stores and local government sites, which can participate voluntarily.

"With leadership from the paint industry and persistent engagement by many stakeholders, New York State has taken a big step forward by establishing extended producer responsibility for paint," said Scott Cassel, PSI's chief executive officer, in a statement. "The new paint program will collectively save local governments across NY State millions of dollars each year, increase environmental benefits and create recycling jobs."

Small local retailers, in particular, have supported the program around the country because it provides increased customer traffic and allows them to provide a valuable community service for customers, who will be able to safely and responsibly reuse and recycle unwanted paint and paint containers.

To date, PaintCare has processed more than 38 million gallons of paint and saved local governments millions of dollars. With more than 1,700 voluntary collection sites (77 percent at retail locations), the program has created convenience for consumers to drop off leftover paint, stains and varnishes.