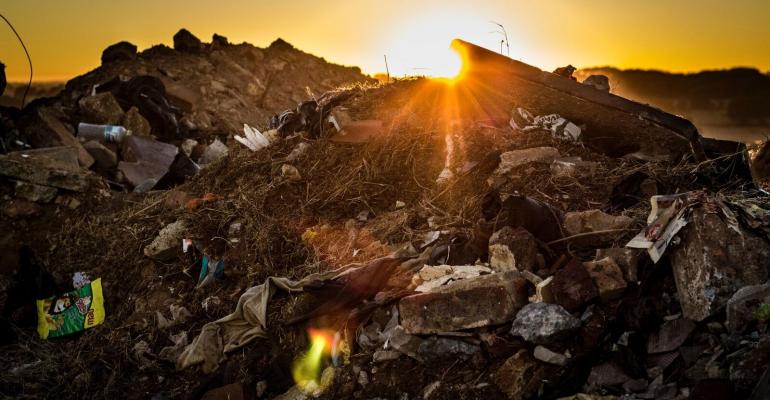 Part three of a three-part series examines the movement to push for federal policies.

In a three-part series this week, Waste360 takes a look at the main issues around food waste and explores what’s going on at the state and federal levels. Read part one here and part two here.

Forty percent of food in the U.S. is thrown out every year, contributing to economic, environmental and social problems that have catalyzed a movement to push for federal policies. In September 2015, the U.S. Environmental Protection Agency (EPA) and the U.S. Department of Agriculture (USDA) established a national goal to cut food waste in half by 2030. Shortly after, the Federal Food Recovery Act was introduced into the Farm Bill, the nation’s first comprehensive proposed law around food waste.

The act’s recommendations, which include food date labeling as well as money for food waste prevention research and for innovations, prompted a lot of back-and-forth negotiations. Finally, in June 2018, the Senate and House approved different versions of the Farm Bill, with very different provisions for the Food Recovery Act, and is now working to produce a compromise bill that has yet to pass both chambers.

Meanwhile, Harvard Law School and Food Law Policy Clinic (FLPC), which helped shape the Food Recovery Act language, continues to push for public policy. FLPC and Rethink Food Waste through Economics and Data (ReFED) are working together on one of policy advocates’ greatest priorities: to get standard date labels. For now, they are working with industry on a voluntary standard label.

“We are focusing on this at a federal level because no standardized date labels creates confusion and is responsible for 20 percent of consumer food waste,” says Chris Hunt, ReFED communications director.

Their work with the Food Marketing Institute and Grocery Manufacturers Association recently led to a voluntary standard of “use by” and “best if used by.” The focus now is on trying to get the standards implemented on a larger scale.

“We are seeing momentum. But the biggest challenges are consumers understanding the labels and lack of federal regulation,” says Emily Broad Leib, director of the Harvard Law School Food Law and Policy Clinic.

Policy advocates are also working collaboratively to strengthen protections for those who donate surplus food. Current federal law, the Bill Emerson Good Samaritan Act, protects businesses that donate to nonprofits, but the focus now is on establishing protections for making direct donations to individuals.

There was plenty more in the proposed Food Recovery Act, and despite the 2014 Farm Bill expiring on September 30, policy advocates hope the initial work will lead to food waste law being incorporated in the 2018 Farm Bill.

“The House merely included a provision to create a Food Loss and Waste Liaison in the USDA to coordinate federal programs to measure and reduce food waste,” she says.

“The Senate placed greater emphasis on food waste by both calling for a comprehensive study of food waste and directing financial resources toward interventions … focusing on funding to improve storage life of specialty crops,” adds Civita. “It would retool a program around donation of dairy products, establish a local agriculture market program that could make grants to programs that promote business opportunities and marketing strategies to reduce on-farm food waste [among areas such as promoting programs and research around biogas].”

Still, she says, “While this may seem like an impressive array of programs, their scope is tiny both compared to the Farm Bill as a whole and to the size and complexity of the food waste problem itself. Ordinarily, I might applaud progress on this issue at any scale, but given that food waste is a major driver of the climate crisis, I fear that these efforts are too little to support rapid development and deployment of solutions.”

The federal government has an important role in the continued effort to implement combined solutions, believe policy folks.

The EPA is exploring its potential role through efforts like facilitating regional coalitions to work on solutions and improving data. The two focuses can work together, according to Kathleen Salyer of EPA.

“Data shows where opportunities are for partnerships to prevent and reduce food waste,” she said earlier this year at a Food Waste Summit hosted by FLPC and ReFED.

USDA Secretary Sonny Perdue stated in May that he would prioritize food waste and work collaboratively with stakeholders from farm to fork.

“Secretary Perdue wants to reach out more aggressively to other federal agencies to develop a systematic way across the federal government to address issues,” said Elise Golan of USDA during the Food Waste Summit.