Are We Entering the Era of State Pollution Taxes? 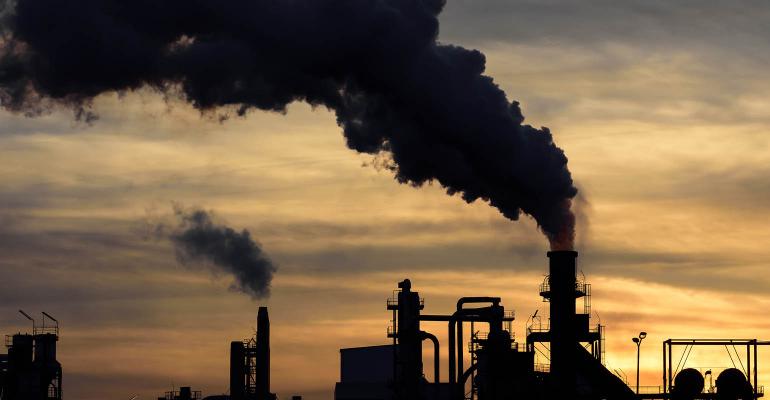 It’s no secret that the current administration favors environmental deregulation and corporate tax breaks to incentivize domestic production and boost economic growth. Rollbacks targeting a variety of previously adopted environmental policies were initiated, with more expected. Across the board, philosophical differences on the cost of environmental and social harms versus the regulatory benefits are the dominant drivers.

Leadership publicly questions man’s contribution to climate change. Eradication of the Clean Power Plan along with pushback and dismissal of the Paris Climate Accord illustrate that skepticism. Top on the list of regulatory changes are existing controls over activities, products and processes that elevate greenhouse gases.

Ironically, the trickle-down effect of these actions might not resemble those anticipated. There is mounting evidence that the reduction in federal regulation is fueling new state and city approaches to address a host of environmental and related issues. Climate change and greenhouse gas reductions are at the forefront of concerns.

As an energy-intensive industry, we need to follow and participate in the development of local climate action plans and be cognizant of how each will inevitably affect our operations.

State and local governments' reaction to new federal policies varies. One thing, however, is clear: Support for efforts to counteract the impact of those policies is not constrained by party lines. Even in an election year, platforms that include climate action strategies and producer responsibilities are not limited to incumbents nor challengers.

To be clear, there isn’t a sudden spurt in environmental activism by elected officials. Their interests are much more pragmatic. The economic and financial effects of increasingly severe weather and its impact on public infrastructure are draining local resources. Ask any mayor or governor strapped with the aftermath of a catastrophic storm if climate change is real.

To illustrate how widespread the concerns are, let’s look at Alaska’s dilemma. Here is a state whose budget is almost totally reliant on revenues from oil production and exports to the lower 48 states. The idea of somebody in Sarah Palin’s backyard uttering the words “carbon tax” seems improbable, yet that is an option being discussed openly by legislators these days.

The consequences of global warming are hitting Alaska rapidly and on a large scale. Serious potential for its very infrastructure to crumble haunts Alaska’s officials as the permafrost foundation beneath the state progressively thaws. The rural village of Newtok is planning to relocate residents threatened by erosion and flooding. The U.S. Army Corps of Engineers estimates the total cost of this relocation at $150 million. Even more sobering is knowing there are 31 Alaskan villages in similar jeopardy.

To date, Democratic and Republican governors from 17 states have joined together under the United States Climate Alliance to cut carbon pollution by more than 26 percent by 2025. Similarly, 175 mayors of large and small cities formed America’s Pledge, another bipartisan climate action movement. These organizations represent 40 percent of the nation’s population. Only the United States and China exceed their combined GDP of $9 trillion.

Despite their ambitions, getting there won’t be easy. Lacking federal support, local governments will be assuming greater responsibilities in an arena filled with powerful players.

New or revamped taxes, fees and other monetary incentives are being considered to drive results in the low-carbon movement. Economists share widespread agreement that taxation costs less and reduces more pollution than the traditional American way of establishing environmental regulatory standards to attain these goals.

Pollution or environmental taxes/fees aren’t new. There are lessons to be learned from past experiences. Controls over who manages the funds and how the revenues will be spent are essential. Commonly overlooked is the reality of a tax effective in achieving its mission to reduce or eliminate a pollutant. As it succeeds in that objective, eventually it will generate little to no revenue. For that reason, pollution or environmental taxes should be used in conjunction with other forms of sustainable financing.

Renewed Interest in Cap and Trade

Cap-and-trade programs place an absolute limit on pollution levels, which in turn are represented by credits equal to a unit of pollutant emitted. Via auction, each affected source must acquire enough credits to cover its emissions or face heavy fines. Capping the number of credits available enhances their value. The sources are permitted to “trade” or sell credits among themselves.

After an absence during the Christie administration, New Jersey recently rejoined. Virginia is in the final approval stages of its proposal to join RGGI, which would make it the first member from a southern state.

Cap and Trade for Transportation

To date, California is the only state with a cap-and-trade program that includes gasoline and diesel distributors. Emissions from the transportation sector now pose a greater problem than those from power plants, prompting other states to follow California’s lead.

At the heart of this movement is the Transportation and Climate Initiative (TCI). The group includes all the RGGI states plus Pennsylvania and the District of Columbia. TCI is exploring models to cut transportation-generated greenhouse gas emissions, inclusive of an RGGI-like arrangement that would establish limits and prices on vehicle fuel emissions.

TCI was slow moving at first but is now gaining momentum since it launched public outreach sessions in member states. The biggest holdup doesn’t seem to be whether to implement cap and trade, but where in the chain the charge should be imposed. An option to put the carbon charge on the entities that bring fuel into the area shows the most promise thus far. For the TCI region, almost all the fuel comes from out of state.

Carbon tax programs differ from cap and trade in that they establish the price of emissions per ton rather than rely on the uncertainty of an auction. In addition, they allow free market conditions along with the monetary incentive to drive down emissions. Within the past year, at least 10 states have considered proposals to create a tax on carbon emissions or, at a minimum, to study the feasibility of such a tax.

All Eyes on the State of Washington

When it comes to carbon-related legislative initiatives, the State of Washington is the one to watch. Should the “Protect Washington Act,” pass, it would become the first fee on carbon in the country—and the first law adopted at the state level that resembles a carbon “tax.”

The initiative proposes a “fee on pollution,” thus avoiding the fearsome word “tax.” Backers claim it is technically a fee—like a highway toll—because a fee ensures that funds go straight to a designated purpose. In this case, that means 70 percent for clean energy and clean air, 25 percent for maintaining water sources and forests and 5 percent for helping communities prepare and adapt to challenges caused by climate change.

Meanwhile, the number of states and cities with pending bills that impose fees or a combination of bans and fees on single-use plastic bags is growing. Similar restrictions are also popular for other take-out containers. How many will succeed is yet to be known.

Clearly, state and local governments are looking for much-needed funds to combat the effects of climate change. The new federal cap on deductions for state and local taxes will make it even harder to increase taxes on income and real estate. Switching out income taxes for carbon taxes was an idea previously floated by leading Republicans before the current tax reform package. While it was supported in theory, legislators never brought it to a vote. Although replacing existing taxes is unlikely, seeking added revenues through carbon pricing isn’t beyond current political will.