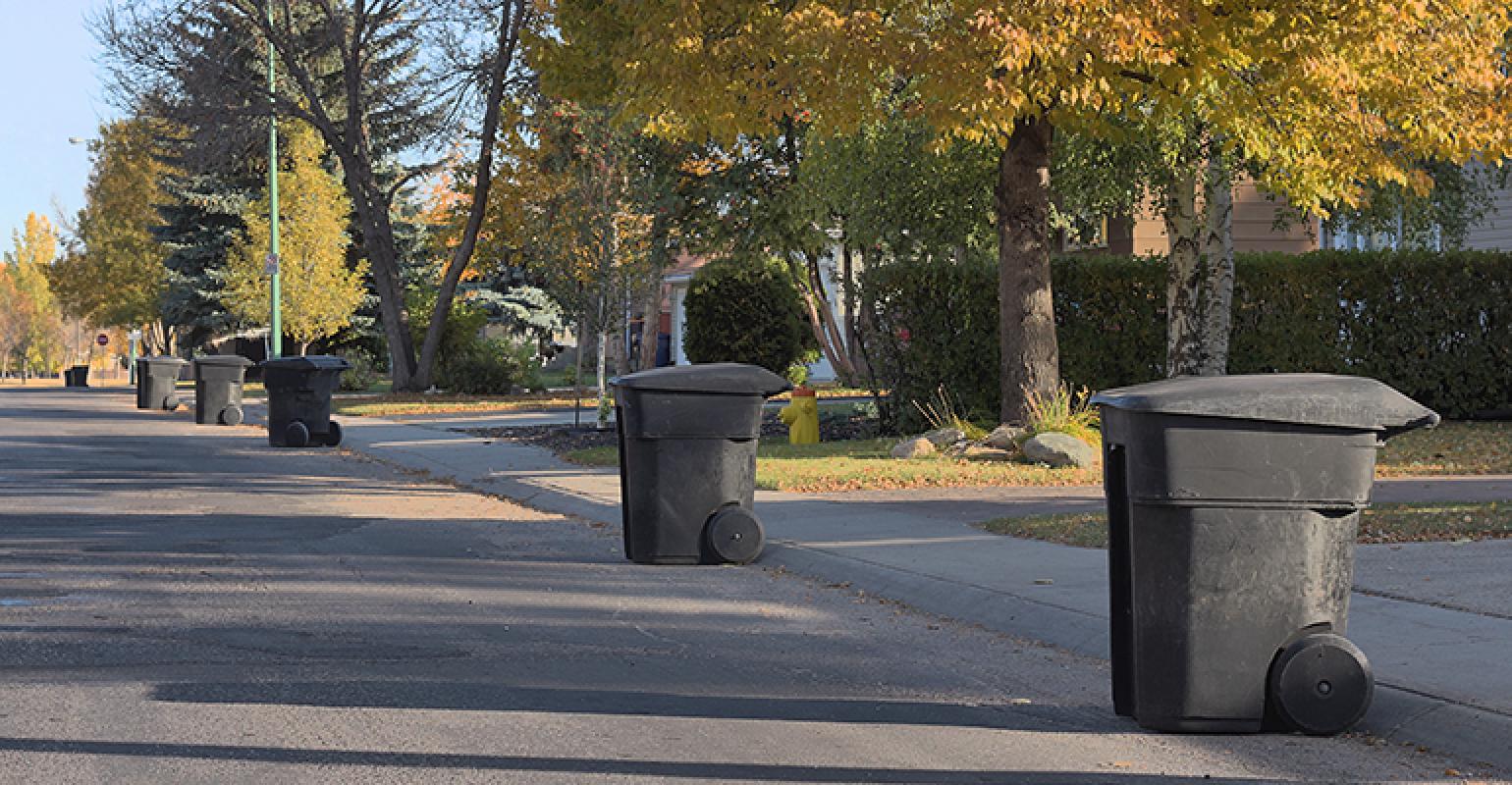 When a Trash Can Becomes a Roadway Hazard

An injured motorcyclist and his wife filed a lawsuit in Louisiana alleging a residential trash can "negligently created a roadway hazard."

"Every act whatever of man that causes damage to another obliges him by whose fault it happened to repair it," states Louisiana Civil Code, Art. 2315. When all other methods fail, it’s the job of courts to determine wrongdoing according to well-established rules, and sometimes judges can decide these cases without a full-blown trial.

Situated on the eastern bank of the Red River, Bossier City, La., is closely tied economically and socially to its larger sister city, Shreveport, on the opposite bank. On Saturday, April 8, 2017, David Strozier, while riding a motorcycle on Caplis Sligo Road in the city, was seriously injured when he struck a trash can that was in the roadway. The trash can belonged to Terry Loux and Evelyn Loux, whose house was insured by United Services Automobile Association (USAA). Allied Waste Services had emptied the can the previous day.

After all the parties took sworn testimony from potential witnesses in depositions, the Louxes and USAA filed a motion asking Bossier Parish District Judge Jefferson Thompson for a ruling in their favor on the legal merits. They argued, among other matters, that "while Ms. Loux may have had a duty to act reasonably to prevent her trash can from impeding the roadway, there is absolutely no evidence that she breached such duty."

Later on, Allied also moved to have the case dismissed, arguing that the plaintiffs were unable to prove that Allied was negligent nor that its conduct caused the injury. According to Allied, its employee emptied the trash can approximately 30 hours before the accident occurred and removed it from the roadway. Allied further maintained that it had "no further control over the trash can" after its employee moved it from the roadway, and it "had no responsibility after it completed its work."

These motions were supported by deposition testimony from multiple witnesses beginning with Evelyn Loux. She testified that she left her home at about 11 a.m. CT on April 7 and did not return home until April 9. Before leaving town, she noticed her trash can had been emptied and Allied had left the empty can "in its normal spot, about three feet off the road." She moved the can to a ditch on her property, where she placed the can on its side nowhere near the roadway.

Jamie Chandler testified that when she went to the Louxes’ residence around 5 p.m. CT on April 7 to put their dogs inside the house, she did not notice the trash can as she was driving onto the property. She returned on April 8 at approximately 7 a.m. CT to feed the horses and to let the dogs outside. She did not then notice the trash can.

Andrew Lunsford, a deputy sheriff, testified that he went to the Loux residence around 3:30 p.m. CT on April 7 to perform a wellness check. He did not notice the trash can on or near the roadway. He would have moved the trash can if he noticed it in the roadway because "[o]ur job is to make sure roadways are clear of any kind of debris."

David McPherson, another deputy, testified that he conducted a "vacation check" of the Loux residence on April 8 at about 8:30 a.m. CT, which customarily includes a "full perimeter sweep on the outside of the house." He would have moved the trash can if he had seen it in the road "as a matter of public safety," but he did not recall seeing a can in the roadway on that morning.

Separately, Allied supported its motion for dismissal with the deposition testimony of Jamarious Buggs, one of its drivers. Buggs stated that he has been the driver on the same route for approximately two years. Trash cans on Caplis Sligo Road were emptied every Friday morning between 7:30 a.m. and 9 a.m. CT. The helper gets off the truck, places the trash can on the tipper to empty it, removes it from the tipper and puts it back at curbside. On Caplis Sligo Road, which has no curb, the helper pulls the cans from the roadway to the other side of the white line.

It is not questioned that Strozier made contact with the trash can used to service the Loux residence. However, Plaintiffs have not produced any explanation as to how the trash can made its way into the roadway. Whoever placed the trash can in the roadway created a dangerous situation and would be answerable to Strozier.

Under Louisiana law, the deposition testimony supporting the defendants’ motions created an obligation on the plaintiffs to produce evidence of key facts in dispute. “While it appears as though there is an unidentified third party who moved the trash can after both Allied and Ms. Loux ensured that the can was outside of the roadway, Plaintiffs have failed to provide any evidence or information regarding the identity of such an actor," the judge continued. "Plaintiffs failed to produce any factual support sufficient to establish that any of the Defendants breached their duty. While Plaintiffs would clearly have a cause of action against this potential third party, those rights do not extend to Loux, USAA or Allied."

On appeal, the plaintiffs argued that Judge Thompson was wrong to rule in favor of the defendants because serious and consequential facts were indeed in dispute. The three-judge appellate panel, however, was unconvinced.

To prevail on a negligence claim, a plaintiff must prove that (1) the defendant had a duty to conform his or her conduct to a specific standard; (2) the defendant breached that duty; (3) the defendant's conduct caused the plaintiff's injuries; and (4) actual damages.

Although the trash can was, indisputably, in the roadway on April 8, 2017, when the collision occurred, the plaintiffs did not present any evidence establishing that the actions of either the Louxes or Allied caused the trash can to be in the roadway. It was not enough for the plaintiffs to simply state that Evelyn Loux was not being truthful about her moving the trash can to the ditch or that Allied's employee may have left the trash can in or near the roadway. "[T]he plaintiffs failed to present factual support sufficient to . . . satisfy their burden of proving causation at trial," said the appeals court. "Consequently, we see no error in the district court's grant of summary judgment in favor of the defendants."