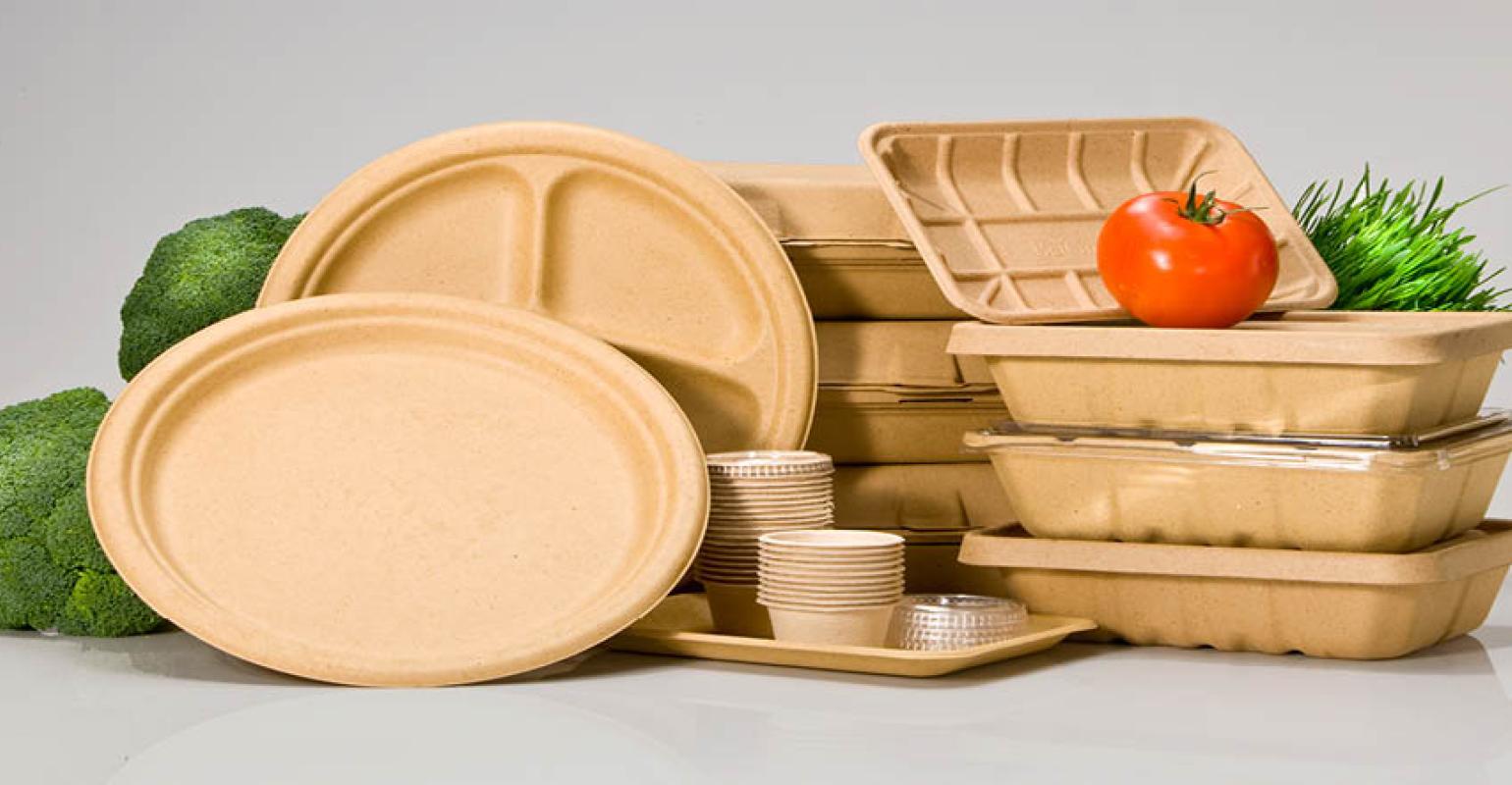 One firm manufactured an additive that it claimed would speed the degradation of treated plastics. But the FTC eventually challenged the claims as deceptive.

Much plastic waste ends up in landfills, where it can take thousands of years to biodegrade. Increasingly, some environmentally conscious consumers have rejected traditional plastics and turned to products that decompose at a more rapid rate. Seeing an opportunity, manufacturers of plastic products have begun to look for ways to increase the biodegradability of their products.

ECM BioFilms Inc. manufactures an additive that it claims would speed the degradation of treated plastics in a landfill. The company's assertions regarding its product have changed over the years. Before 2009, ECM did not claim a specific time frame for biodegradation, but did represent that ECM plastic would biodegrade "in timeframes that would be similar to things like wood or pieces of sticks." When, in 2009, demands arose for specific time frames, ECM began advertising that its plastic would "fully biodegrade" in a "landfill" within nine months to five years.

The company also provided plastic manufacturers with material to market their products as biodegradable, including a logo marked "ECM Biodegradable" against a tree design. Millions of plastic products were manufactured with this representation or similar representations, including plastic dinnerware, straws, and “clam shell” carry-out containers, restaurant and grocery bags, trash bags, and shampoo and conditioner bottles. Some of ECM's plastic-manufacturer customers also advertised that their plastics would biodegrade in nine months to five years in a landfill.

The Federal Trade Commission (FTC) is a bipartisan federal agency with a unique dual mission: to protect consumers and promote competition. The FTC serves consumers by halting unfair, deceptive or fraudulent practices in the marketplace. It conducts investigations, sues companies and people that violate the law, develops rules to ensure a vibrant marketplace, and educates consumers and businesses about their rights and responsibilities. The FTC also challenges anticompetitive mergers and business practices that could harm consumers by resulting in higher prices, lower quality, fewer choices, or reduced rates of innovation.

In 2012, the FTC revised its "Green Guides," which are intended to help producers avoid making environmental marketing claims that are unfair or deceptive under federal law. The 1996 version of the Guides stated that an unqualified claim that a product is biodegradable "should be substantiated by competent and reliable scientific evidence that the entire product or package will completely break down and return to nature ... within a reasonably short period of time after customary disposal."

Going further, the 2012 Guides noted that "[i]t is deceptive to make an unqualified degradable claim for items entering the solid waste stream if the items do not completely decompose within one year after customary disposal." Additionally, with regard to items customarily disposed of in landfills, the 2012 Guides advised that any unqualified biodegradable claim would be deceptive "because these locations do not present conditions in which complete decomposition will occur within one year."

When the 2012 Guides appeared, ECM revised its marketing materials and logo. The company clarified that "[p]lastic products manufactured with [the ECM additive] will biodegrade in any biologically-active environment (including most landfills) in some period greater than a year." Nevertheless, ECM continued to make the "nine months to five years" claim on its website until late 2013, and in direct communications with customers until January 2014.

In October 2013, the FTC enforcement staff filed an administrative complaint alleging that ECM's biodegradability representations were false and misleading under federal law. The complaint asserted that ECM's express representation that ECM plastic would completely biodegrade within nine months to five years was unsupported by scientific evidence. It also alleged that consumers were “likely interpret unqualified degradable claims to mean that the entire product or package will completely decompose into elements found in nature within a reasonably short period of time after customary disposal." Because ECM plastic does not fully biodegrade within a reasonably short time, the complaint alleged, this implied claim was misleading.

An FTC administrative law judge (ALJ) held a three-week trial in August 2014. The proceeding provided a rare opportunity to see and hear testimony and evidence on a common, but hard-to-nail-down concept: biodegradability. As it turns out, reputable scientists disagree on a precise definition of the term. They commonly define biodegradable material as a substance that can be decomposed by biological agents. But a complicating factor is that biodegradation occurs at different rates in different environments. Therefore, scientists focus instead on its "intrinsic biodegradability” without regard to the time for complete biodegradation. They evaluate the material's rate of biodegradation in various environments, as well as how this rate compares with other biodegradable materials.

At the trial, testimony was presented on the most practical and widely-used scientific method for measuring the intrinsic biodegradability of a material: gas evolution testing. In particular, the D5511 protocol is said to provide the best approximation of plastic biodegradation in landfill conditions, which are predominantly anaerobic environments. However, even the D5511 protocol has its limits. Claims of performance must be confined to the numerical result obtained in the test, cannot be used for unqualified “biodegradable” claims, and the test results cannot be extrapolated past the actual duration of the test.

A number of different laboratories performed D5511 biodegradation tests on plastics manufactured with ECM's additive. The company pointed to nineteen laboratory tests that, it claimed, demonstrate that ECM plastic biodegrades at a faster rate than traditional plastic. In one test, for instance, ECM plastic biodegraded 49.28 percent over 900 days, whereas traditional plastic biodegraded just 0.12 percent over the same time. The FTC, on the other hand, pointed to thirteen tests that, it alleged, indicate that ECM's additive does not accelerate biodegradation. Both ECM and the FTC relied on surveys to establish consumer understanding of biodegradability claims. The FTC's survey was done by Dr. Shane Frederick of Yale University's School of Management. Using an online survey tool, he asked respondents one of 60 different questions, collecting nearly 29,000 responses. He found that, at a minimum, adding a "biodegradable" label to a plastic bottle increased the percentage of respondents who believed the bottle would fully decompose within five years from 13 percent to between 44 percent and 49 percent. Similarly, adding a "biodegradable" label to a plastic "Tupperware" container increased the percentage of respondents (from 16 percent to 44 percent) who believed the container would fully decompose within five years. Adding a "biodegradable" label doubled the number of respondents (from 21 percent to 41 percent) who believed that a plastic bag would fully decompose within five years. Based on this data, the Commission concluded that adding the biodegradable label leads a "significant minority of reasonable consumers to believe that the plastic product will biodegrade within five years."

For its part, ECM engaged Dr. David Stewart of Loyola Marymount University. Dr. Stewart surveyed 400 respondents by landline telephone asking five questions, some of which contained one or more sub-questions. In one question, respondents were asked, "If something is biodegradable, how long do you think it would take for it to decompose or decay?" Of the respondents who provided an answer to this question with a number and unit of time, nearly two-thirds said that it would decompose within five years. By Dr. Stewart's own calculations, these respondents represented 23 percent of the survey's 400 respondents.

Following the hearing, the ALJ concluded that ECM's express claim that its plastic would completely biodegrade in a landfill within nine months to five years was false and unsubstantiated. As the ALJ observed, "All of the experts in this case agreed that ECM Plastics do not fully biodegrade in 9 months to 5 years in a landfill." He also determined, however, that the FTC had failed to prove that ECM's remaining biodegradability claims were misleading because the FTC could not establish that ECM had made an "implied one year claim." The ALJ's decision was based, in part, on perceived methodological problems with Dr. Frederick's survey.

After both sides appealed, the five-member Commission affirmed the ALJ's decision with regard to ECM's express claim that ECM plastic would fully biodegrade within five years, concluding that "the clear consensus among both parties' experts" was that "ECM lacks substantiation for its express and implied claims that ECM Plastics fully biodegrade in landfills within 5 years." ECM no longer contends otherwise. The Commission reversed on the other biodegradability claims, finding that ECM indeed had made implied claims that ECM plastic would fully biodegrade within a reasonably short period of time—that is, five years.

Attempting to overturn the ruling, ECM petitioned a federal appeals court where it argued that the Commission’s finding was unsupported by substantial evidence, that the Commission invaded EPA’s jurisdiction, and that ECM’s rights under the First Amendment and the Due Process Clause of the Fifth Amendment had been violated. The court disagreed and dismissed the petition.

ECM’s second argument was outright bizarre. The company insisted that the Commission's order should not be enforced because it unlawfully impinged on EPA’s authority to manage solid waste disposal. ECM claimed that the Commission's order will “coerce the plastics industry to abandon products that biodegrade in more than five years; the plastics industry will either produce more traditional plastics or develop plastic that biodegrades within five years; rapidly biodegrading plastic produces more methane gas, which is worse for the environment; and the EPA is engaged in an effort to collect methane gas at landfills, which would be frustrated by rapidly-biodegrading plastics.” By shifting market incentives, so the argument went, the Commission will set national waste policies and thus invade the EPA's jurisdiction. The appeals court summarily dismissed ECM’s argument with this riposte: “This far-fetched scenario is unworthy of serious consideration.”

The company also contended that the FTC order unlawfully restricts its First Amendment right to disseminate truthful scientific information. It also argued, in the alternative, that its proposed disclaimer would have cured any deception and that the FTC's required disclaimers are unduly burdensome.

“Because ECM has not provided—and in all likelihood cannot provide—scientific evidence that ECM plastic will completely decompose within five years after customary disposal (i.e. in a landfill), the Commission's order effectively requires that any use of the word "biodegradable" be accompanied with disclaimers,” the appeals court said. “This restriction is not a prohibition on speech; it does not ban ECM from using the word "biodegradable" (or any other word) in its advertisements nor are the disclaimer requirements so onerous that they effectively preclude ECM from making qualified biodegradability claims.”

Finding this contention without merit, the appeals court said: “The complaint here . . . alleged that ECM's various biodegradability claims were false and misleading, and it identified specific marketing materials containing these claims. It also informed ECM of the main issues in dispute: the scientific validity of the claims; the rate of biodegradation of ECM plastics after customary disposal; and whether consumers "interpret unqualified degradable claims to mean that the entire product or package will completely decompose into elements found in nature within a reasonably short period of time after customary disposal."

Barry Shanoff is a Bethesda, Md.-based attorney and general counsel of the Solid Waste Association of North America.