The Balance of Power in Kentucky's Solid Waste Management Legislation 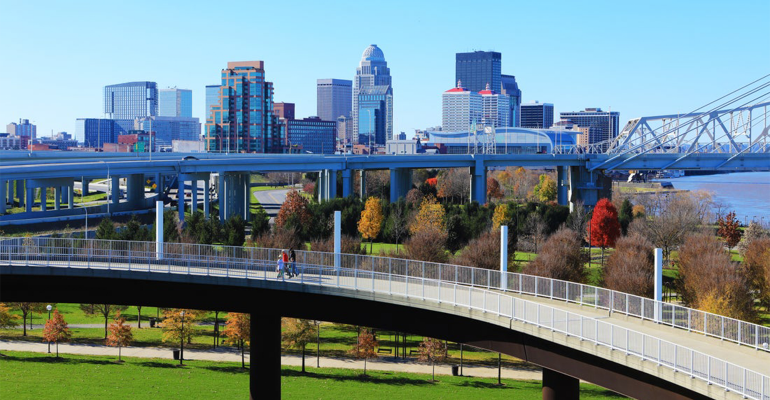 “It is emphatically the province and duty of the judicial department to say what the law is,” Chief Justice John Marshall famously wrote in Marbury v. Madison (1803).  “The constitution controls any legislative act repugnant to it.”

This bold assertion of authority – the U.S. Constitution itself contains no wording on who is empowered to decide that an act is repugnant – established that the Supreme Court has the final word on which laws run afoul of the founding document.  (Incidentally, the ruling represents a classic example of begging the question.  Justice Marshall essentially said, “That’s just how it is.”)  Afterward, as the nation took shape and without much ado, state courts adopted or assumed the same stance with respect to state laws and constitutions.

The Commonwealth of Kentucky Supreme Court is, according to its website, “the court of last resort and the final interpreter of state law.”  The justices, in a high-profile case, recently ruled unconstitutional a legislative attempt to allow municipalities in the most populous county to ignore city-county metro government waste management regulations.

Lawmakers first passed comprehensive solid waste management legislation on a statewide basis in 1966. Thereafter, the legislature made a number of changes but all of them applied to every county and city.   When litigation arose about the respective role of cities and counties in garbage collection, the legislature responded with a new enactment, in 1982, making clear that counties are the paramount local government unit in solid waste matters.  As time went by, the state courts, in a series of decisions, reaffirmed county primacy under the statutory change.

The District’s governing board, in 2014, adopted a regulation requiring that yard waste be placed in paper bags and prohibiting the collection of yard waste in plastic bags.  The intent was to reduce waste going to the landfills by directing the green portion of the waste stream to composting facilities. Opposition to this change was fierce among city officials elsewhere in the county.

Under pressure, in 2017, the legislature passed and the governor signed into law HB 246 (the Act) which, among other effects, (a) prohibited the District from interfering with materials recovery by home rule cities located in the county, (b) made District rules and regulations unenforceable within the boundaries of such cities until approved by the legislative bodies within these cities, and (c) permitted the cities to opt out of the District’s solid waste management plan.  The Act, however, did not relieve cities from their obligation to comply with federal and state environmental statutes and regulations.  In addition, no city could reject a District rule or regulation if, by doing so, it would violate that city’s solid waste management plan.

Louisville Mayor Greg Fischer put it bluntly in a statement to local news media:  the legislation was an “attack on Louisville.” The District responded by filing suit in Franklin Circuit Court to challenge the Act.  The trial judge ruled that a section of the Act related to the appointment of District board members constituted a reasonable classification under the Kentucky Constitution, but the balance of the Act was unconstitutional.  An intermediate appeals court affirmed the lower court decision concerning board appointments but reversed the unconstitutionality ruling on the remaining sections. At the District’s request, the state supreme court agreed to take up the case, limiting its review to certain sections of the Act and particularly the limitation on District waste management rules within municipalities. After considering the arguments of counsel for both sides, the high court sided with the District.

Section 156a of the Kentucky Constitution authorizes the legislature to pass laws creating, consolidating and dissolving cities and addressing their functions, operations and affairs.  Lawmakers may also classify cities based on population, form of government, or any other reasonable basis.  However, all such laws “relating to cities of a certain classification shall apply equally to all cities within the same classification."  Thus, if the legislation was to survive the District’s legal challenge, Section 156a had to permit it.

The legislature enacted, in 2015, a comprehensive revision of the classification of cities. Louisville Metro remained a city of the first class, but all other cities were classified as "home rule class."  According to membership figures from the Jefferson County League of Cities, the county hosts, as of November 2020, some 80 home rule cities.

Supported by a friend-of-the-court brief from Kentucky Resources Council, the District argued that the Act violates Section 156a for the simple reason that no home rule cities outside of Jefferson County possess the same authority over decisions of a waste management district – whether couched as veto rights, opt out rights, or merely the power to decide.

For their part, the municipal parties answered that the Act does nothing more than rebalance the power over waste management between the consolidated local government, its waste management district, and the home rule cities in the county.  The cities speculated that the legislature's action was based on the size difference between Louisville Metro and a Jefferson County city, like Bancroft, in terms of tax base and resources, thereby leaving Bancroft (population 494 at the 2010 census) with little input into District decisions.

The justices, however, were unpersuaded by the cities’ arguments.  “If the home rule cities in Jefferson County need protection from the power and influence of Louisville Metro, we fail to perceive why smaller home rule cities all over the Commonwealth would not require the same protection from their larger neighbors,” wrote Justice Laurance B. VanMeter in an opinion joined by six of the high court’s seven members.  “In other words, the Act violates Section 156a's requirement that ‘[a]ll legislation relating to cities of a certain classification shall apply equally to all cities within the same classification.’"

The justices sent the case back to the circuit court with instructions to enter judgment in favor of Louisville Metro and the co-plaintiffs consistent with the ruling.