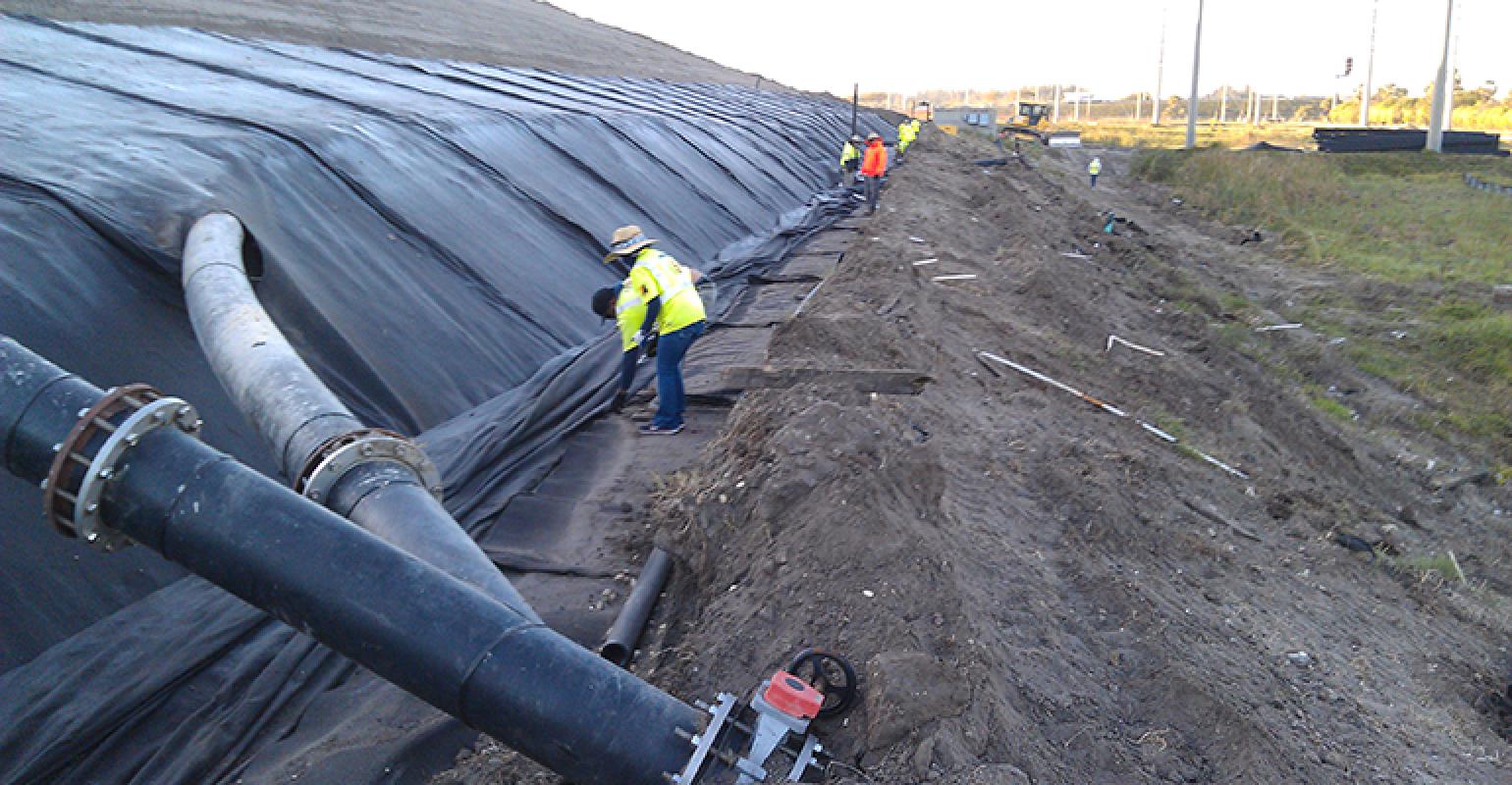 Emerging Design Concepts to Facilitate Flow of Liquids on Landfills

Three engineers elaborate on what landfill operators should know about liquids’ behavior and emerging design concepts to facilitate flow and circumvent problems.

About a decade ago, some waste companies and environmental engineers began noticing a concerning occurrence: liquids were not draining vertically through waste into the floor of the leachate collection system as efficiently. This happened as facilities began receiving more waste types, and it especially caught engineers’ attention when they began noticing elevated temperature landfills, with the latter concern ultimately driving development of more robust liquid collection and removal designs, as there is a correlation between saturated waste masses and elevated temperatures.

The ultimate goal is to see that liquids flow easily through waste to the bottom of the slope, and there are multiple considerations for achieving that goal, such as hydraulic conductivity (how water moves through soil), drainage materials and slope of the leachate collection system.

Waste360 spoke with three environmental engineers about what landfill operators should know about liquids’ behavior and what emerging design concepts help facilitate flow and circumvent problems.

Because of directional hydraulic conductivity, leachate does not travel straight down. It travels vertically, then horizontally, traveling more horizontally than vertically, which can trigger breakouts on slopes. So, flow must be directed vertically to facilitate movement to the bottom of the landfill, explains Milind Khire, environmental engineering professor at University of North Carolina at Charlotte.

Drainage material is key, too. Material should have hydraulic conductivity of greater than .01 centimeter (cm) per second, but the higher the better, in order to prevent clogging.

Khire recommends pea gravel. “It has high leachate drainage capacity [due to its large pores] so clogging chances are small,” he says.

The slope to the sump should be at least 2 to 3 percent for drainage, he advises, explaining a lesser slope can contribute to landfill settlement, further reducing the slope and causing stagnating pockets of leachate.

An emerging trend has been stone columns that extend vertically through the waste mass to collect liquids at different levels. The system penetrates all layers of waste that may have cut off flow in the past, says Steve Menoff, senior vice president of Civil & Environmental Consultants.

Key has been installing these systems from the bottom, before cells are constructed, and increasing their height as the landfill is developed in order to prevent formation of perched zones (where liquid is trapped).

These more substantive systems are relatively new technology, a trend Menoff projects will increase in popularity.

Ali Khatami, vice president of SCS Engineers, has developed standards for building tiered vertical gas wells that extend from the bottom all the way up.

It’s basically a circular hole with a gravel pipe in the middle, constructed at different stages of landfill filling operations, which enables water to flow through quickly while removing gas.

“How many tiers are installed depends on waste thickness at different locations within the landfill. It can go up to four or five tiers,” he says.

Creating these structures entails drilling a roughly 3-foot-diameter hole that becomes a tier of the vertical gas well, which is back filled with gravel with a perforated pipe placed in the middle. A vacuum applied to the pipe causes the gas to flow up inside the pipe while liquid flows down through the gravel outside the pipe.

“This way, while gas flows up, you remove it and convey leachate fast to the bottom, which can help prevent elevated temperature conditions,” says Khatami.

He also developed the concept of leachate toe drain systems to address problems tied to seeps below the final cover geomembrane. These seeps ultimately occur in one of two scenarios, which each depend on how the cover is secured.

If the final cover geomembrane is anchored, liquids can accumulate underneath and ultimately contaminate surface water or groundwater, and if liquids enter the perimeter berm, they can impact slope stability. This anchor system is not recommended as long as there is a bottom liner that the cover can be welded to.

In the second scenario, the final cover geomembrane is welded to the bottom liner, and leachate can accumulate behind the cover, ultimately damaging the cover and leading to leachate accumulation above the toe of the slope, which softens soil below the cover. The best option in this scenario is to install a leachate toe drain system behind it.

Overall, says Menoff, “Where we are heading as an industry is to design and build more substantive drainage features that will maintain their integrity over time. We are designing larger collection systems from the bottom up, and in the past two or three years, we have seen waste companies start to invest in these systems to avoid problems they’ve had in the past. And we are seeing good performance.”