Home>Landfill
Waste Expo
BROUGHT TO YOU BY 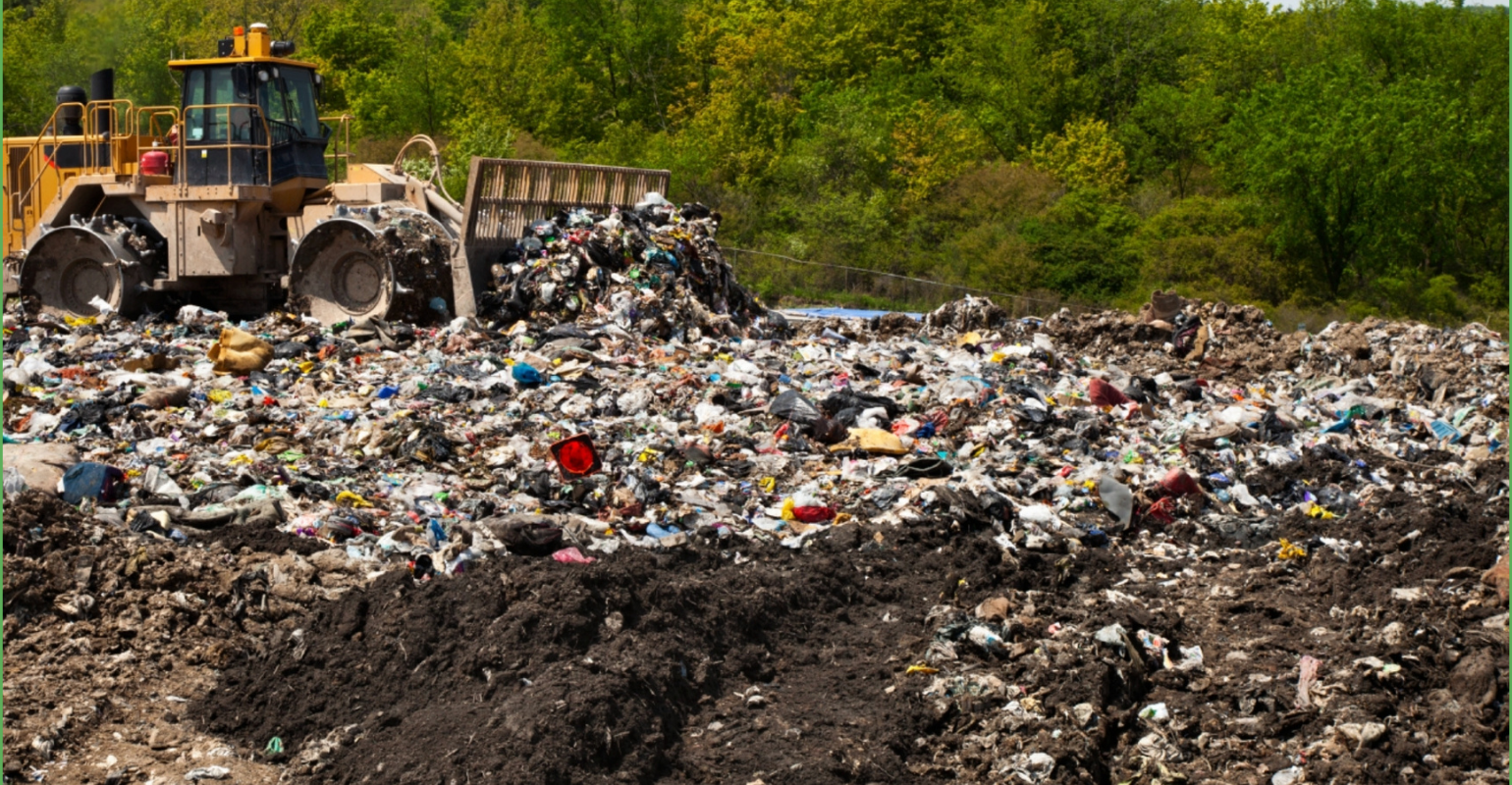 PFAS Complexities: What’s Down the Pike?

Thoughts and decisions around PFAS as they relate to waste management are changing rapidly bringing uncertainty, including new and varying regulations and permits, impending surface water standards, as well as new information garnered from research, which often generates more questions. Landfill operators should brace for change and for the reality that whatever the future holds with regard to PFAS management could significantly impact their facilities and their costs.

The regulations change day to day and beyond that vary by jurisdiction in the regions that are taking action, Roy told attendees. Each state is honing in on different numbers and different selections of PFAS compounds. Additionally, some have set their own specific regulatory limits.

New Hampshire for example has focused on PFOA and PFOS, which are most common PFAS types, but they are also looking at two other PFAS types: PFHxS and PFNA. Massachusetts and New Jersey also expanded their list beyond PFOA and PFOS. And Michigan has created a considerably longer list yet as well as adopted a standard around a replacement compound, GenX.

So not only is there a struggle for operators managing multiple facilities in several states to keep the numbers straight, but they also need to know which state is focused on which compounds, Roy said.

Another complexity is that certain states such as New Hampshire, New Jersey and Michigan have compound-specific regulatory limits whereas others, including Massachusetts and Vermont, look at combined totals rather than individual numbers for each compound.

“So this is really becoming an incredibly challenging regulatory framework to try and follow,” Roy said.

Moving on to toxicology/health impacts, Zemba pointed out that, with a lack of federal regulations, “Every state is on its own and having to interpret a different set of toxicological data, which given all the uncertainty is hard to do, so many are adopting very low numbers to be careful.”

For now, the sole focus around toxicology is the potential impact from PFAS that’s in groundwater and drinking water.

“If you have PFAS in drinking water, especially PFOA and PFOS, chances are you are going to see it in your blood,” Zemba said.

Typically, people have PFOA blood levels of 2 parts per billion (ppb), but it could be higher if this compound is in drinking water. He pointed to a community in Ohio where PFOA was found in residents’ blood at ten-fold that level.

With PFOS, the national average is between four and five ppb, but one individual living downgradient of a landfill that took a lot of PFAS- containing material tested at 3,200 ppb in her blood, “and it scares people, and it scares regulators,” Zemba said.

There also is a believed relationship between PFAS and COVID-19, as PFAS may have affected children’s immune systems, increasing their susceptibility when they are older, though quantifying is almost impossible due to limited studies. And it appears that pregnant women can transfer PFOA to their children. Some of these concerns around potential immunological effects on children are leading to the establishment of very low acceptable thresholds.

“People are guessing and putting in extra safety factors … there is so much uncertainty in models, and we could do better toxicity studies than we are,” Zemba said.

The session focus shifted to surface water, beginning with the trend where a few states are starting to look at surface water that have not fully adopted standards. Here, too, the move is to set standards of very low acceptable concentrations due to uncertainty, mainly around PFOS.

Michigan and Florida are among them, with Florida being especially conservative.

The relationship between landfills and wastewater treatment plants has also garnered attention in light of PFAS concerns—specifically around whether PFAS are passed from one of these operations to the other, and what may happen to these compounds if and when they move from one facility type to the other.

Many landfills send leachate liquid to wastewater treatment plants and those plants often rely on landfills to take sludge.

One Vermont study looked at sludge, C&D materials such as carpeting, as well as bulky items like mattresses and waste from suspected industries. With some materials, the amount of PFAS coming into landfill was larger than the amount going out.

“That’s a good argument that there is sequestration going on in landfill,” Zemba said.

He did mention that sometimes more PFAS is coming out in landfill leachate than coming in, though studies that made this conclusion may not have provided an accurate or full picture due to the specific materials sampled.

In summary, he said, “The lesson is the PFAS cycle is complex, and landfills and wastewater treatment plants should not be making hasty decisions … about whether to accept waste or not.”

Stormwater was another session focal point, with Roy sharing findings at the Coakley landfill, a superfund site in New Hampshire where high concentrations of PFAS were detected in nearby water bodies and wetlands. This led to a stormwater investigation report to try and understand the relationship between stormwater, groundwater, and surface water.

Researchers sampled material such as from landfill cover systems, that would have contact with stormwater and found high concentrations and numbers of PFAS in the topsoil.

They concluded that PFAS in materials in the cover system dissolved in stormwater and were transported via surface runoff from precipitation and via stormwater infiltration, subsequently discharging to wetlands.

“So you must think about where topsoil is coming from and what the amended portion [such as biosolids with a beneficial use designation] is and where it comes from … as it is a potential source of PFAS in stormwater,” Roy said.

The 24-inch layer portion of the cap also had high PFAS concentrations,  and there are a lot of questions around closure turf with limited data. The main takeaway was that multiple portions of the cover system need to be considered with regard to their potential impact on stormwater and surface water.

Stormwater has also been an area of concern at wastewater treatment plants.

Zemba referenced waste studies where sludges were analyzed from industries that had no reason to suspect that sludge contained PFAS compounds, yet they are showing up, possibly from years earlier, and slowly leaching out of the soil.

“There are going to be surprised. People are going to have loadings they did not know anything about … So it’s a huge issue on the wastewater treatment side.”

Roy warned that as wastewater treatment plants in some states are impacted by NDPES discharge permit requirements they can stop taking leachate in order to meet required surface water standards.

“So although NDPES permits don’t always directly apply to landfills, recycling facilities or transfer stations, I think the implication is that this is coming, and landfill [operators] will need to be really keeping their heads up about how to deal with this in leachate. The cost of monitoring will be significant,” Roy said.

PFAs air emissions are another emerging area of concern, which Zemba predicted will be a big issue in a year or two when data start coming out and he said PFAS will probably be found in landfill gas and there will be exposure concerns.

“Every landfill has fugitive emissions of landfill gas .. and a lot of people are questioning whether we can destroy these compounds. Are they destroyed by incineration? Do landfill flares destroy or convert PFAS? And are those systems releasing PFAS in the environment?” he asked. “This is unknown territory with so many questions, but data will emerge in the next few years.”

Some are being looked at for landfill applications, like ozone fractionation where gases are bubbled through PFAS groundwater, and PFAS constituents form on the outside of the bubbles and generate a foam on the surface that’s removed and destroyed.

“There are also adsorbents like biochar and modified clays. And we are now looking at a technology for pilot scale use for modified clay that has tremendous ability to absorb PFAS constituents,” Cooper said.

But there is a caveat. “Most destruction technologies have only been examined at labs, with little peer-reviewed information available, especially for landfill leachate destruction, and some require elevated temperatures and or are complicated and costly,” said Cooper.