A Look at Experiments Adding Liquid to Landfill 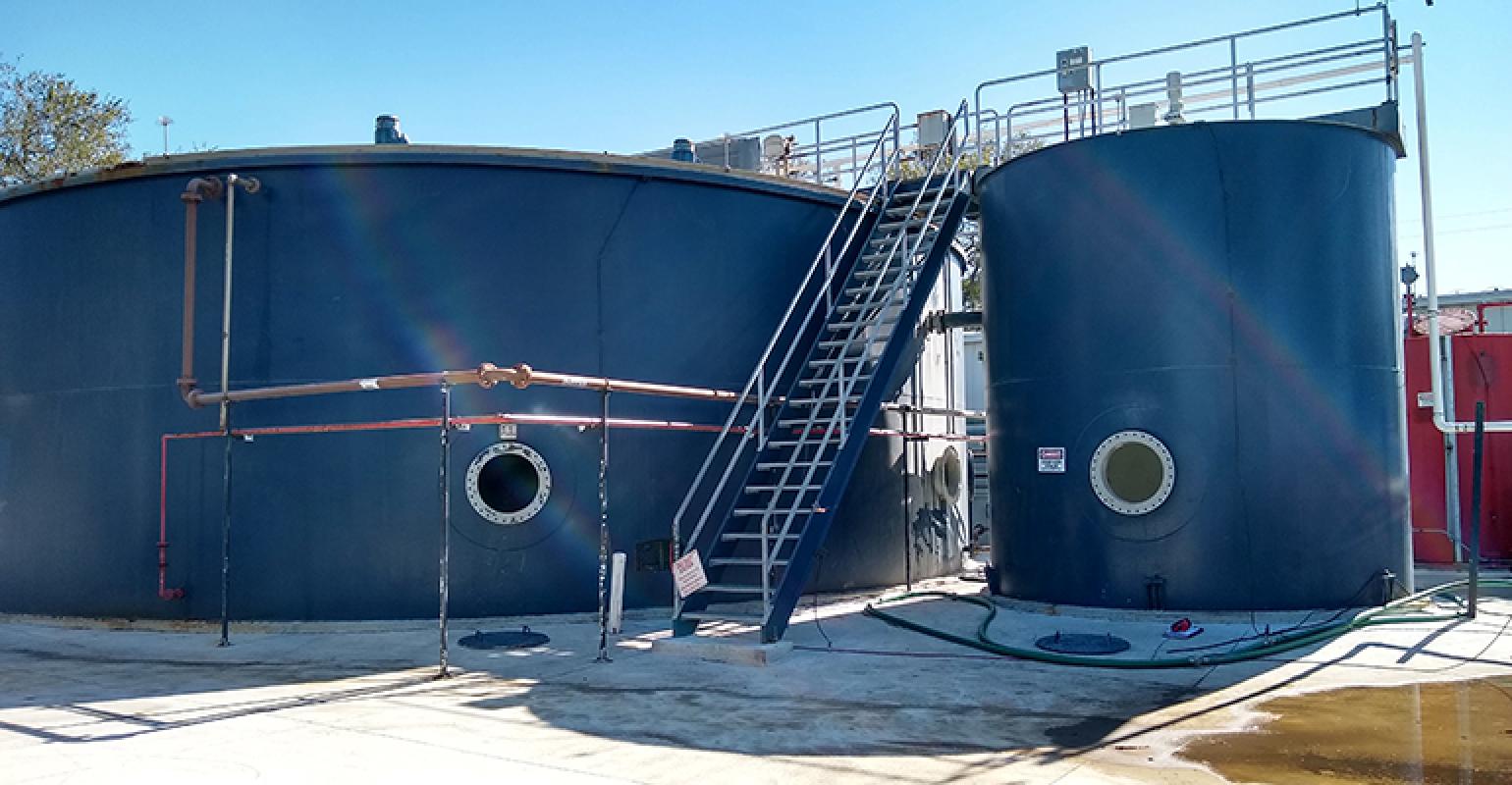 Adding liquid to landfilled waste must be done in a very controlled manner, or operators can run into problems.

Adding liquid to landfilled waste has potential benefits; such processes can help stabilize these sites by compacting the material. They can accelerate decomposition and ultimately increase gas generation for beneficial use. But liquid addition must be done in a very controlled manner, or operators can run into problems.

Some landfill operators have secured research development and demonstration (RD&D) permits to experiment with liquid addition, and now the U.S. Environmental Protection Agency (EPA) is considering incorporating guidelines into Subtitle D that might open more opportunities.

But liquids recirculation is not a new concept; research in this area started in the 1970s, and to date, there have been more than 50 pilots, says Stephanie Bolyard, Environmental Research & Education Foundation (EREF) research and scholarship program manager.

“Some facilities are practicing different forms of liquid addition to run their facilities as bioreactors [where liquids are injected or pumped into landfills at a prescribed rate to increase gas generation and stabilize waste],” says Bob Gardner, a senior vice president at SCS Engineers. 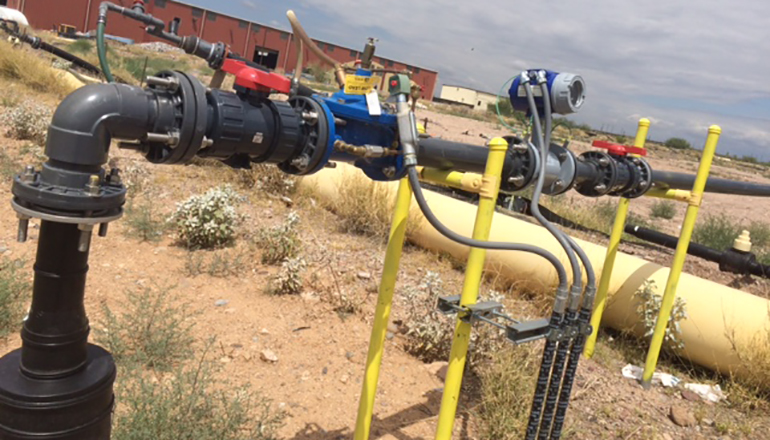 He and those in his industry have found limits to how much liquid can be added; tipping that balance can lead to outbreaks on side slopes, stability issues and odors.

One preferred method is spraying to recirculate liquids, enabling operators to move water trucks easily as the landfill progresses, opposed to the alternatives of a fixed drainage system.

Horizontal drainage trenches are the second favored approach, and then comes vertical wells to inject liquids back into waste. The latter—distribution via injection—is often problematic as the waste has fairly low permeability at depth. So, it’s difficult to distribute liquids within waste mass, notes Gardner.

The waste company has followed the research involving injecting or pumping liquids into waste to produce gas to run its onsite generators. WCA further processes some gas to generate electricity to power plants or to be distributed to the grid for residential and commercial use.

“There’ve been pilots around liquid injection technology, but we have yet to see how this bioreactor system evolves,” says Marcos Elizondo, vice president of landfill operations and engineering at WCA.

“We have tried recirculation at the working face where we sprayed leachate in a controlled and prescribed way. We put a limit on what we recirculate to be sure waste does not get oversaturated,” he says. 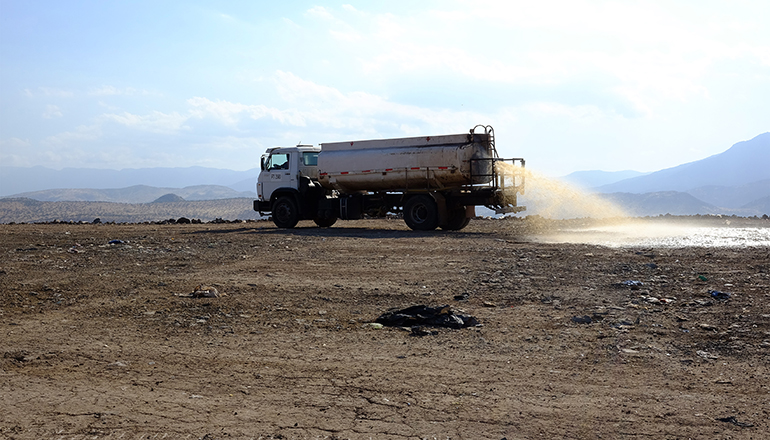 WCA has applied up to 10,000 gallons of leachate a day on 4,000 tons of waste. It’s found that keeping a saturation rate of less than 15 to 20 percent has been enough to increase moisture and improve compaction.

The company has leveraged opportunities from taking customers’ liquids.

“We take their liquids more to provide a special waste disposal service. But we can put that liquid through a basin and mix in solid material like fly ash or sawdust. While the material becomes solid, it still has a high moisture content, and we can dispose it in the landfill,” says Elizondo.

EREF has funded research on liquids addition. Among projects is field scale testing of granular blankets (to promote horizontal distribution of leachate into the landfill and reduce clogging) for leachate recirculation. Others have monitored hydraulic performance and temperature in bioreactor landfills, investigated the performance of full-scale bioreactor municipal solid waste landfills and looked at treatment of leachate before injection into a bioreactor landfill.

“Our findings in general are that too much water can be a problem. Gas wells can fill with water, the head on the liner could exceed regulatory limits and geotechnical stability issues could arise,” says Bolyard.

Further, it is difficult to control exactly where water goes. 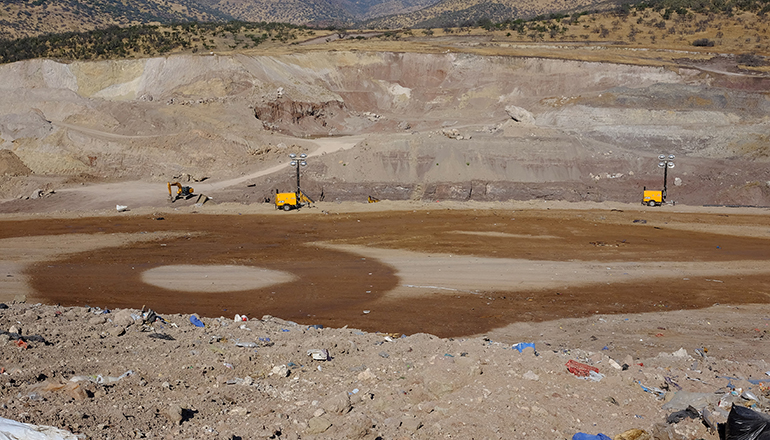 A research and demonstration project at Northern Oaks Landfill in Harrison, Mich., yielded successful results: a moisture content of 35 percent was achieved with horizontal leachate injection/recirculation pipes. Laying the pipes on top of the compacted waste enhanced lateral movement of leachate.

Applying 25 to 30 gallons per cubic yard of compact waste did not limit biological activity. Although while gas production was enhanced during the summer, it was limited in the colder months, says Bolyard.

It is important to monitor the overall volume of liquid applied, punctuates Mort Barlaz, head of the department of Civil, Construction, & Environmental Engineering at North Carolina State University, Raleigh.

“I have met operators who do not want to exceed an overall moisture content of 35 percent on a wet weight basis. Others have gone as high as 40 percent,” he says, adding that when estimating how much liquid to add, it is important to remember that moisture distribution is uneven.

“Thus, an overall moisture content of 35 percent might still mean that some waste is at 50 percent and some is at 20 percent. The waste at 50 percent could result in surface seeps or well flooding,” he says. 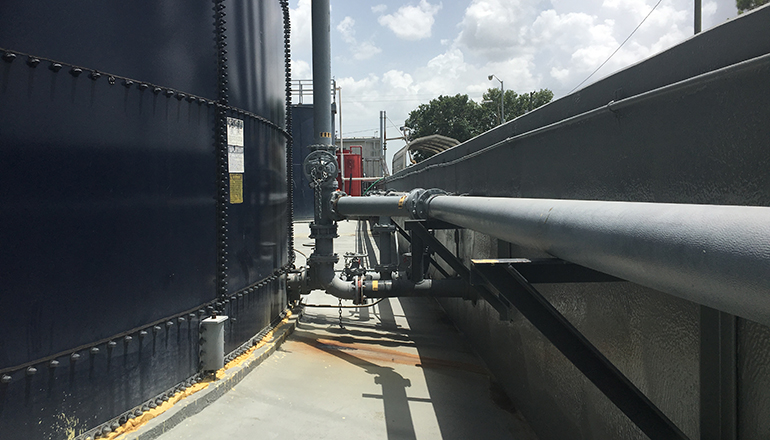 Currently, many of these procedures require an RD&D permit. But operators who applied for the first such permits are reaching their final expirations. As those expiration dates approach, EPA is considering incorporating bulk liquid addition guidelines into Subtitle D.

“We understand that EPA is looking at opening up opportunities to approach liquid management differently. However, we recommended that bulk liquid restrictions remain in place, but with some exceptions,” she says.

Such recommendations include granting exemptions for sites that already have RD&D permits to manage bulk liquid. Or that bulk liquid addition be considered in states that adopt design or operations criteria to accelerate biodegradation.

“But, for the most part, we are recommending that EPA maintain bulk liquid restrictions,” says Germain.