India’s Ghazipur Landfill Could Grow Taller Than the Taj Mahal 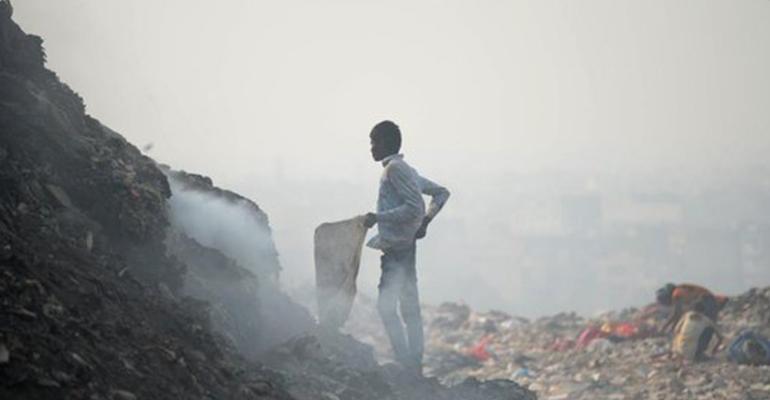 The trash pile at New Delhi's Ghazipur landfill is more than 213 feet tall and has been given the nickname “Mount Everest” by locals.

An expansive mountain of trash in India, dubbed “Mount Everest” by locals, is continuing to grow at such a rapid pace that within a year it is set to be higher than the Taj Mahal.

The trash pile at New Delhi's Ghazipur landfill is more than 213 feet tall, and India’s Supreme Court has warned that it’s “well overdue for some aircraft warning lights,” according to a Science Alert report.

The landfill first opened in 1984 and reached capacity by 2002. According to the report, nearly 2,000 tonnes of garbage is dumped at Ghazipur each day, amounting to about 10 meters of growth each year.

Last year, two locals were killed in a landslide after a section of the trash mountain collapsed from heavy rains.

As tall as the towers of London Bridge, New Delhi's Ghazipur landfill continues to grow at a startling pace. Within a year, it is set to rise higher than the Taj Mahal, one of the country's most iconic monuments.

When Ghazipur first opened in 1984, this was - of course - never the intention. By 2002, the landfill had reached capacity at 20 metres and should have been closed. Today, the 21 million people living in New Delhi rely mainly on this ever-growing monstrosity and two other landfills, all of which hit maximum volume at least a decade ago.