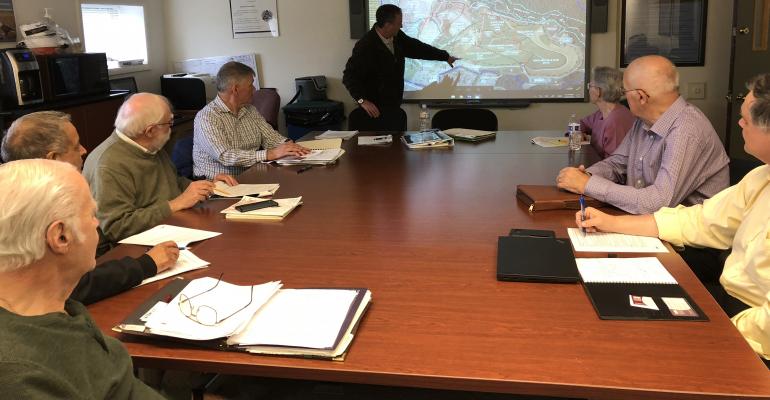 Prince William County, Va., residents now view the county's landfill as a potential asset instead of a nuisance.

In 1988, Prince William County, Va., expanded its landfill by 1,000 acres, moving closer to residents and sparking plenty of pushback. Neighbors wrote and called public officials, and a few of them even staked out nearby to look out for potential problems to protest.

It would be 10 years before the local government had the community’s trust. Its work to do so began early, when the county board of supervisors established a citizens advisory committee in 1986 with residents regularly sharing input on how the site should be run.

Joan and Norman Moon and their neighbors, Steve and Marilyn Markman, are potentially the most impacted by the expansion.

“When we bought our home, the landfill was a little spot off of Route 234, and we never envisioned it coming as far north as it does now,” says Joan.

The portion now actively used as a landfill is just more than half a mile from their yards but, says Steve, “If either of us steps off our front lawns, we are on landfill property.” He and Joan have been showing up for meetings for 30 years.

One of their early concerns was when Fairfax County and several other jurisdictions were bringing in trash so the county could increase revenue.

“We saw it as we were giving up landfill space to help another county. We were worried it would end up filling up so fast that they would eventually have to use the buffer zone that bordered our properties,” says Steve. “We stood out on Route 234 and counted trucks coming in and took our data to our county supervisor. They listened to us. And we’ve continued to be an integral part of much of their decision making since.”

Odor was one main concern.

“When new waste comes into the landfill, you get that fresh trash odor. We’ve had issues, but generally we work it out,” he says, citing proactive approaches like horizontal gas collectors that capture gas as cells are filled as a measure that’s made a difference. But community relations have been a big part of preventing and resolving problems, he says.

“We did a lot of chasing odors. A couple of times it was the landfill when they couldn’t cover trash fast enough. For a day or two, there would be odor, but they manned up and it was fixed,” says Steve.

It turned out the landfill was not usually the source. Once the stench was caused by a builder constructing a lot on a swale.  Another time, it was the sewer line. And once a poorly functioning high school pumping station.

“The [landfill] worked as hard as we did to figure out where it was coming from every time. After chasing odors forever, we began to believe them,” says Steve.

When the landfill is at fault, says Smith, saying so is the first step.

“By admitting the problem, then letting citizens know we are working on it, and having a plan and timeline, we eventually earned their trust,” he says.

Governments that have been less open have run into trouble. Not long ago, Williamsburg County, S.C., planned for a landfill, with the community first learning about it once the decision to purchase land and build was approved. Residents began showing up at meetings and protesting to commissioners, with their voices amplified by the media. The project was abandoned.

Some other governments prioritize ongoing dialogue with residents. Los Angeles County Sanitation Districts have a hotline to field residents’ odor complaints and has sent out patrols.

Prince William County has done more than include residents in trying to solve and prevent problems.

With the committee’s input, the county established an eco-park on the landfill, a 383-acre forested buffer with streams, wildlife and trails. The community’s schools will use this resource for education programs.

Other jurisdictions have leveraged their waste operations to better their communities. Northwest Portland receives money from garbage disposal revenue for neighborhood improvement projects.

To finally see the solid waste folks as a potential asset has bettered Prince William, too, figures Joan.

“When we came to center and saw the whole picture, we realized how lucky the county was to have its own landfill. We’ve just all worked together to make it better,” she says.