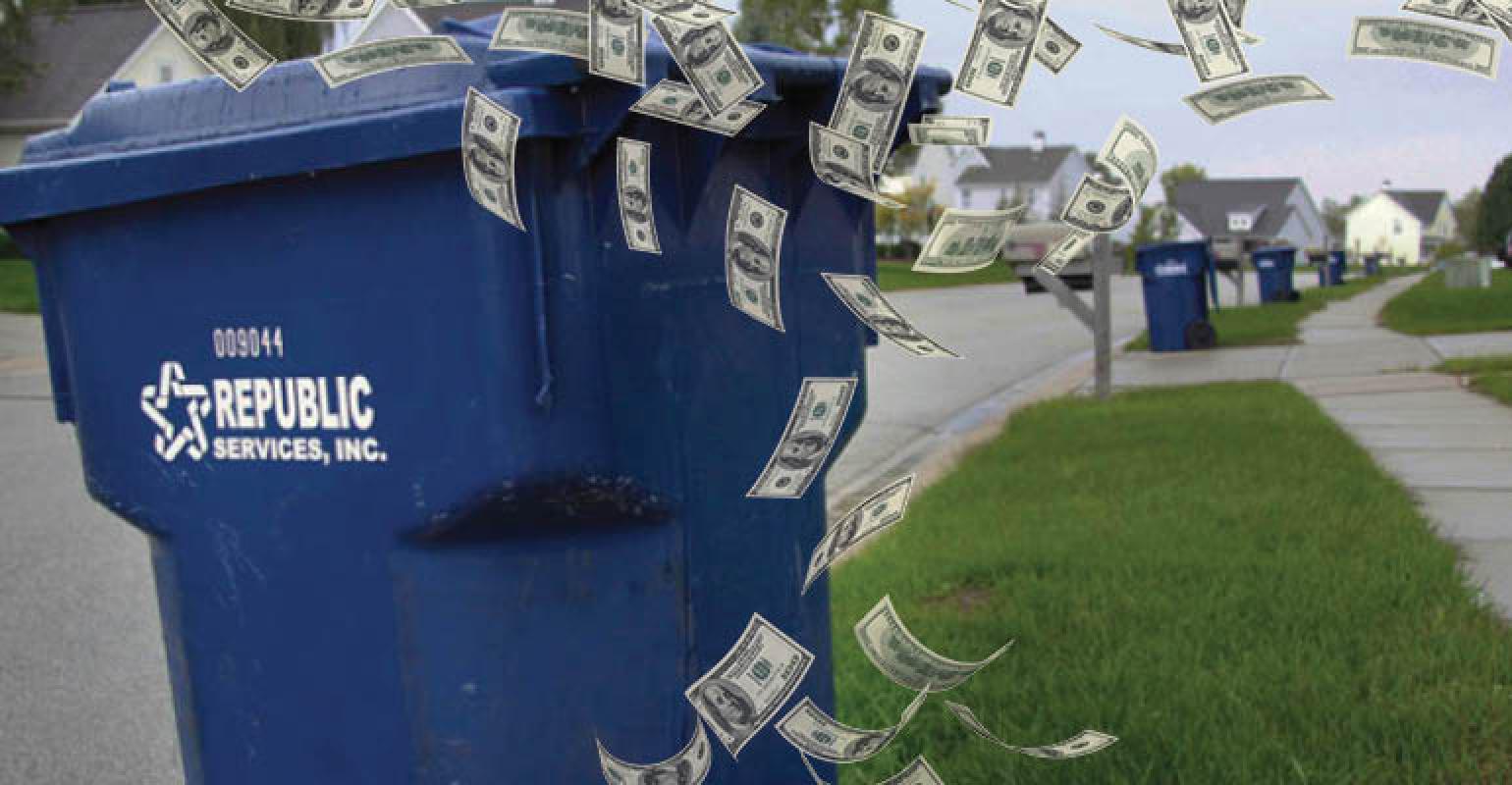 Republic's revenue increased 7.5 percent over the prior year, the company's highest level of growth in more than eight years.

Phoenix-based Republic Services posted revenues of $2.53 billion in the second quarter—up from $2.35 billion in the same period a year ago. Total revenue increased 7.5 percent over the prior year, the company's highest level of growth in more than eight years.

“It’s a broad-based recovery. It’s across all lines. It’s across all areas of the business. … I’m pumped,” Republic President and CEO Donald Slager said during a conference call with investors.

MSW volume growth did lag some of the other waste categories, but Slager explained that it fit with the overall shape of the recovery in the sector.

“We’ve always said we’re in a slow growth business,” he said. “It depends on population growth, and housing formation. Those dynamics are consistent and strong. But we’re only at 1.2 million in terms of household formation. There is still room to grow as that gets back to a new norm.”

Slager also said the company was pleased with its retention levels for drivers and technicians.

“Especially in a time with construction jobs growing, we‘re holding on to our people,” he said.

The company was recently named to the Forbes 2017 America's Best Large Employers list, an elite employer ranking based on the results of an independent survey conducted among 30,000 U.S. workers at companies and institutions across the country, as well as a recipient of the Glassdoor Employees' Choice Award which is based on employee reviews about Republic Services on Glassdoor.com.

“This is not the first time we’ve seen this kind of thing from China,” Slager said. “We’ve been through this a number of times. We have a high quality pack that we make. We’ve never had an issue with quality rejection. … We’ve never had a slowdown in shipping our materials.”

Slager also noted that only about 35 percent of Republic’s recycled materials go to China.

“There is more domestic capacity than people realize,” he added.

The company reported that it is has continued to convert contracts from CPI to a more favorable pricing mechanism for the annual price adjustment. It now has approximately $440 million in annual revenue tied to a waste-related index or a fixed-rate increase of 3 percent or greater.

Republic also said it has now completed its standardized maintenance initiative and the entire fleet is now certified under the program.

Republic invested $36 million in tuck-in acquisitions during the second quarter and $91 million year-to-date.

Morristown, N.J.-based Covanta Holding Corp., meanwhile, posted revenues of $424 million, up from $418 million in the second quarter of 2016.

"Our second quarter results highlight strong underlying operating performance, continued improvement in waste markets and our ability to drive incremental value through our Covanta Environmental Solutions platform," Covanta President and CEO Stephen J. Jones said in a statement. "Resumption of waste processing at Fairfax is now expected in the fourth quarter, but we expect insurance recoveries to continue to mitigate the cost of the downtime. I am proud of our team's performance in the first half of the year, and I look forward to an even stronger second half and further growth in 2018."