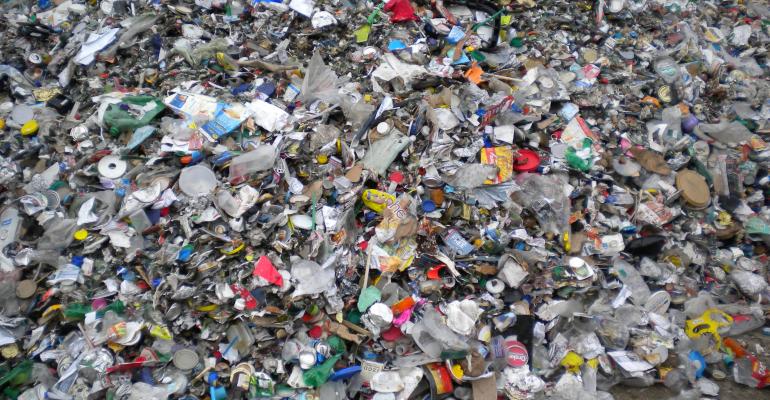 Part two of a three-part series this week looks at Denver’s closed loop system and why that system is lagging.

A three-part series this week focuses on how some local governments and the waste industry are partnering to capture and reuse glass. Part two looks at Denver’s closed loop system and why that system is lagging. It also gives a glimpse of a project to try and raise the bar. Read part one here. Read part three here.

In Colorado, there is infrastructure and a market to support a closed loop system to ensure end-of-life glass bottles are turned into new bottles. But that’s if the bottle can be captured.

The state is home to two major bottle manufacturers, many materials recovery facilities (MRFs) that capture mixed glass and a processor that makes cullet from that glass.

But even with these resources, there are major shortcomings. The reason is there are challenges in residential and commercial collections, and there is no mandate to recycle glass, says Laurie Johnson, executive director of nonprofit Recycle Colorado.

“Multiple haulers collect residential and commercial glass that goes in the system. But in the greater Denver area, where most of the infrastructure is, we collect less than 30 percent of this material,” says Johnson.

To try and figure out how to improve that figure, Recycle Colorado recently launched a six-month glass recycling pilot with 22 multifamily unit buildings and 15 businesses participating for free.

Momentum Recycling collects the glass and makes it into cullet. Rocky Mountain Bottle Company (a venture between MillerCoors and Owens-Illinois) is taking the cullet and making it into bottles. Rehrig Pacific provided all the carts. Alpine Waste & Recycling and Republic Services helped with securing pilot participants. 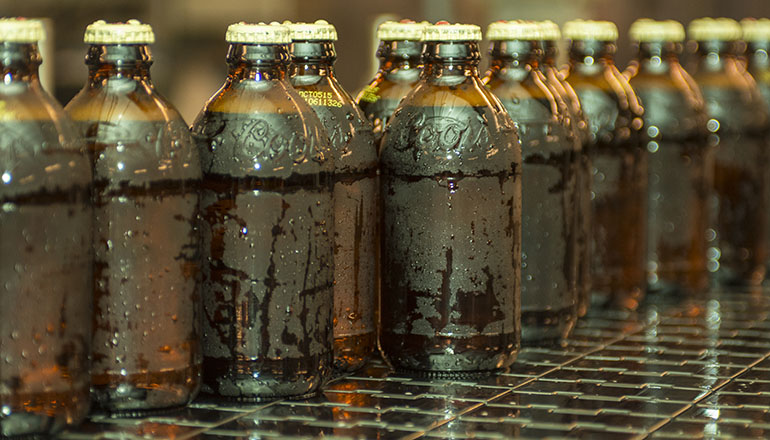 Partners hope to learn why more people don’t recycle this material as well as to identify how much glass is available in these businesses and multifamily homes. Colorado Recycle will collect and report data from the project as well as show environmental and economic benefits.

“We will show participants that it keeps material in the loop. We will show, in the worst case, it’s cost neutral to businesses and sometimes saves money on their trash service while indirectly creating jobs,” says Johnson.

Glass processor Momentum is, for now, offering free curbside collections to pilot participants. Before, it got all its glass from MRFs, which is typically less clean.

“We are getting a couple of tons a month or more from the pilot—enough to prove there is an underserved subset in the region,” says John Lair, CEO of Momentum. Since late November, the company has recovered about 12 tons of glass.

Momentum bought a small truck just for this project, deployed bins and hired a driver and a logistics coordinator.

It was a relatively low-risk investment because the company has a glass processing plant in Salt Lake City and could reallocate its investments there if needed.

“But we are hoping it will work here, and signs are strong that it will. We are seeing reasonable volume, and we are starting to offer collections to businesses outside of the pilot at a fee,” says Lair.

“While we hope participants eventually become paying customers, our primary goal is not to generate profit from collections. It’s to get more glass for recycling. We don’t want it landfilled,” he says. 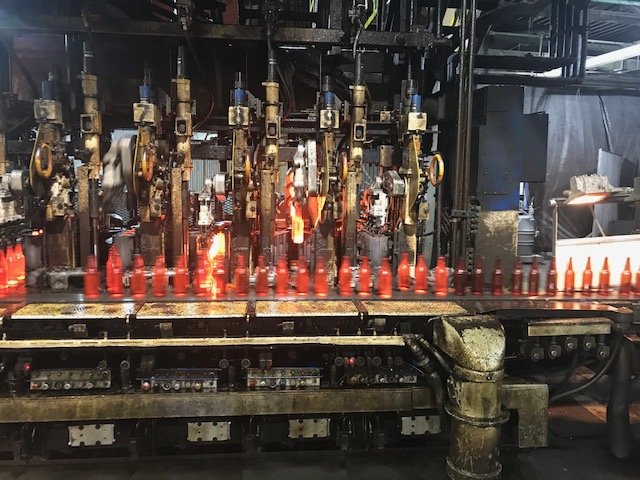 Rocky Mountain Bottle Company produces about 3 million bottles a day, 360 days a year. They are shipped to MillerCoors breweries in Golden, Colo.; Milwaukee; Irwindale, Calif.; and Forth Worth, Texas. The company hopes participation in this pilot will lead to more recycled glass availability from Colorado.

“About 30 percent of our raw material is recycled glass. But we could use as much as 70 percent of recycled glass in our furnaces to make bottles if we could get it,” says Bill Dillaman, plant manager at Rocky Mountain Bottle Company. “Our goal is to use more recycled glass from Colorado so that we can reduce the amount we have to import from Michigan."

“We want to see more glass being collected and sent to Momentum and, in turn, have it end up in our furnaces instead of the landfill,” notes Dillaman, adding this aligns with MillerCoors’ sustainability goals to reduce its environmental footprint.

Rehrig Pacific, cart manufacturers, provided 50 carts to Denver businesses participating in the pilot and shipped them from its Kansas plant to Momentum, which delivered them. The cart maker and supplier wanted to support the city’s closed loop system.

“As a manufacturer, sometimes people see us simply as a vendor verses a company that can support higher industry initiatives. But we place a lot of importance on supporting the industry’s initiatives and goals and helping our customers respond to recycling market challenges,” says Andrew Moore, West regional sales manager for Rehrig Pacific.

Denver is growing quickly, which compounds its recycling challenges, including glass.

“As the city grows, my hope is it finds a good solution to these challenges. That’s why we are involved. It’s about contributing to the industry and our customers’ goals,” says Moore.