HomeRecyclingGlassACE Glass to Open Glass Recycling Facility in Little Rock, Ark.
Recent
Machinex Upgrades West County Resource Recovery in California
May 27, 2022
EREF Hosts Record-Breaking Charitable Auction, Proceeds Directly Support Scholarships and Scientific Research
May 27, 2022
This Week in Waste: Top Stories May 23 - May 28
May 27, 2022
Landfill Emissions Measurement: What We Know, What We Need to Know
May 27, 2022
POLL
SWANA & Oceans Caucus Foundation Host Congressional Briefing on Recycling
May 27, 2022
Collaboration Leads the Way in Connecticut to New Extended Producer Responsibility Law for Management of Discarded Residential Gas Cylinders
May 27, 2022
An Uber-Style Service for Curbside Recycling
May 26, 2022
S&B Selected as Contractor for New Hope Energy’s Advanced Plastics Recycling Unit
May 26, 2022
Need to Know
brought to you by 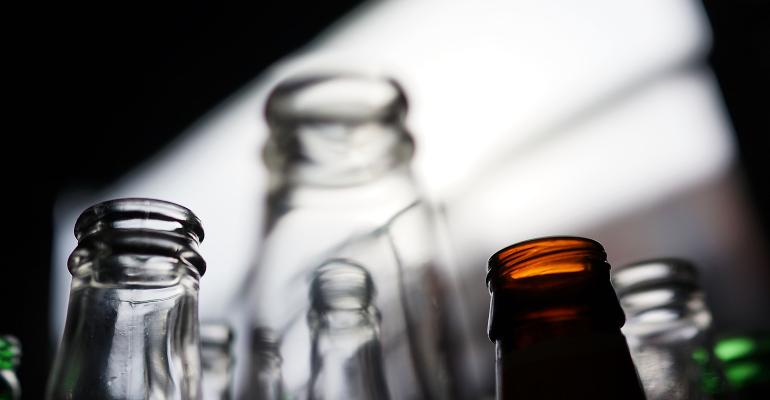 The company hopes the facility will boost glass recycling across the state.

ACE Glass, a Little Rock, Ark.-based glass and construction company, is set to build a new, multimillion-dollar glass recycling facility in Little Rock that it hopes will boost glass recycling across the state. Currently, about 200 tons of glass is recycled in central Arkansas each year, and according to ACE Glass Owner Courtney Little, that number should be closer to 8,000 tons.

Once the glass is sent to the facility, it will be processed, de-labeled, cleaned and prepared for a final glass product, which will be sold locally in an effort to bring tax dollars and more jobs to the state.

This facility also aims to combat the obstacles that glass recycling has encountered in recent years, with cities and counties like Kingsport, Tenn., DeKalb County, Ga., and New Orleans all shutting down curbside glass recycling programs in 2017.

ACE Glass started as a construction company. But now it has grown into an innovative, glass recycling hub. ACE Glass owner, Courtney Little, said he was inspired to make a change in glass recycling when he learned how the process worked.

“In central Arkansas, we do single stream recycling where we combine glass, paper, plastic and aluminum in the same bucket and that's inefficient for glass because the glass doesn't make it through or get utilized,” he said. “It harms the rest of the stream and contaminates it.”

He said that right now, central Arkansas recycles around 200 tons of glass each year and that’s a problem.

“If you scale that against other cities in the region, we should be producing something like 8,000 tons a year,” Little said. “Glass is something that should be or could be infinitely recycled, but it is thrown in the landfill and sits there forever.”