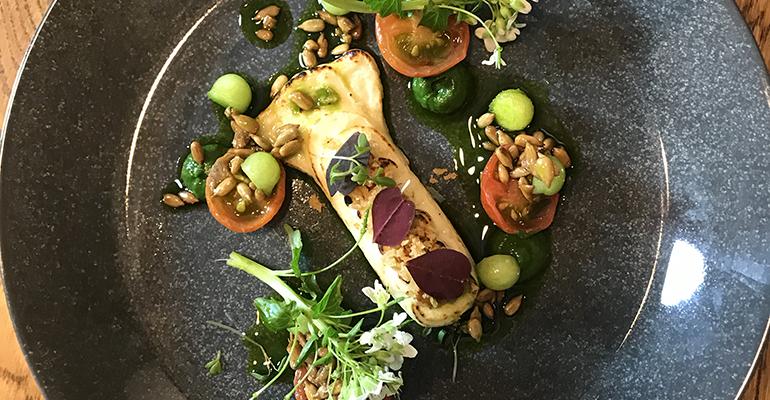 Natural Machines has created a 3D food printer called Foodini, which uses food rather than ink to “print” dishes and reduce food waste.

A Barcelona, Spain-based kitchen appliance manufacturer, Natural Machines, has designed an innovative tool that enables chefs to create unique dishes from food scraps that otherwise would be tossed. This tool also aids in minimizing scraps even before they are produced.

Natural Machines’ product is a 3D food printer called Foodini; it uses food rather than ink to “print” dishes. Fresh foods are put through the machine, shaped and formed.

“The whole point is to be able to customize manufacturing, even down to the ingredients. You print the precise amount of food you need and no more,” says Lynette Kucsma, co-founder and chief marketing officer of Natural Machines.

Kucsma is making headway selling to restaurants and food manufacturers, as well as education and research institutes. For now, customers, who are mainly chefs, mostly buy into Foodini because it enables them to take their creativity to a new level. Natural Machines is still early in its work to sell the technology, not just as an instrument to make beautiful dishes but to impress on end users its value as a sustainability tool. 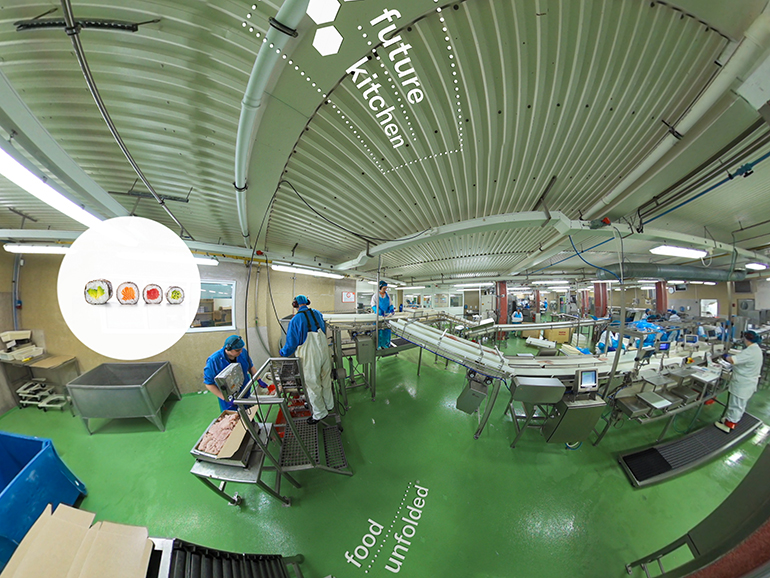 “In general, chefs are becoming more conscious about lowering food waste, and they are coming at the problem in different ways. Foodini is among some of those different ways,” says Kucsma.

The food printer has been used, for instance, to make crunchy toppings from carrot peelings or potato skins that are seasoned and fried.

Natural Machines' first leap into the food waste prevention niche recently materialized through a partnership that’s taken Foodini all the way to Iceland. There, the manufacturer is working with food and biotech company Matís on a proof of concept exercise to illustrate how the 3D printer can put would-be waste from fish to good use.

Fish waste is a big problem not only in Iceland but globally. Only 20 percent of the seafood processed each year ends up eaten. The rest is lost at varied levels along the supply chain, from the time of harvest, to processing, to distribution, then to the end consumer, explains Holly Kristinsson, innovation consultant at Matís.

“One big issue is the need to better utilize our seafood, and at the same time bring the presentation of lower-value food to consumers in a way where they not only think about the problem but where addressing it is exciting,” says Kristinsson. 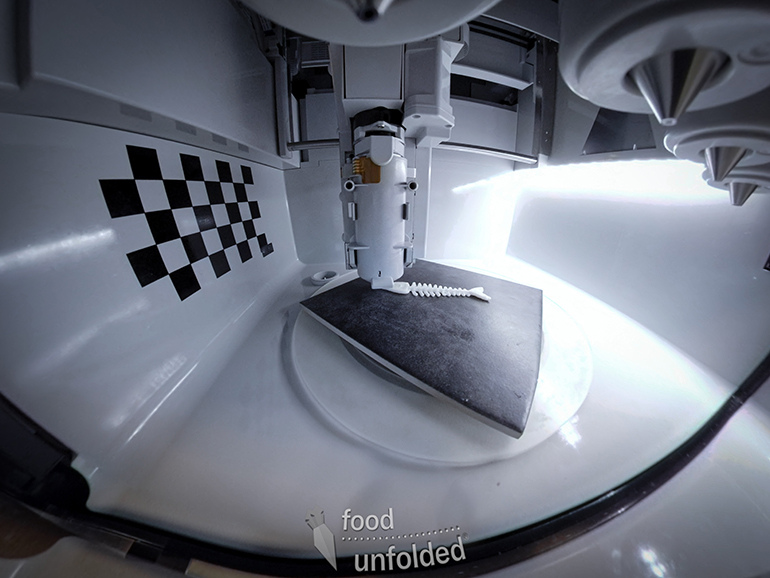 So, Matís is showing fish processors, chefs, institutions and universities how they can use trimmings and meat scrapings from bones to make their presentations, using the 3D food printer. These stakeholders are Matís’ targets as they are in positions to have an impact on food utilization higher on the supply chain (where a lot of the loss occurs).

The trimmings left after fish are filleted are good material to eat but not aesthetically pleasing. But they can be processed to make clean protein products, like fish balls, filling for eggrolls or surimi, which is typically used as a crab substitute.

While Matís is working with stakeholders in the seafood industry to take Foodini for a test run, it has a second focus: educating consumers and food professionals about fish waste, why it’s a problem and calling on them to be part of the solution.

With funding from European Institute of Innovation & Technology, a food innovation initiative, Matís and partners created a series of virtual reality videos called Future Kitchen. Posted on a digital platform, the videos tell the story of fish food waste. And through this virtual reality format, they appear to take viewers onto the water, into a commercial kitchen and even inside of the 3D food printer.

“The intention is to give an immersive learning experience whereby viewers connect with the issues around food waste and with food technology to address them,” says Kristinsson.

In the U.S., Foodini has captured the attention of Closed Loop Partners, which has invested in the technology through Closed Loop Ventures.

“We see 3D printing of food as a path to using more imperfect produce as well as rightsizing quantities to the size of the audience on site,” says Bridget Croke, vice president of external affairs at Closed Loop Partners. 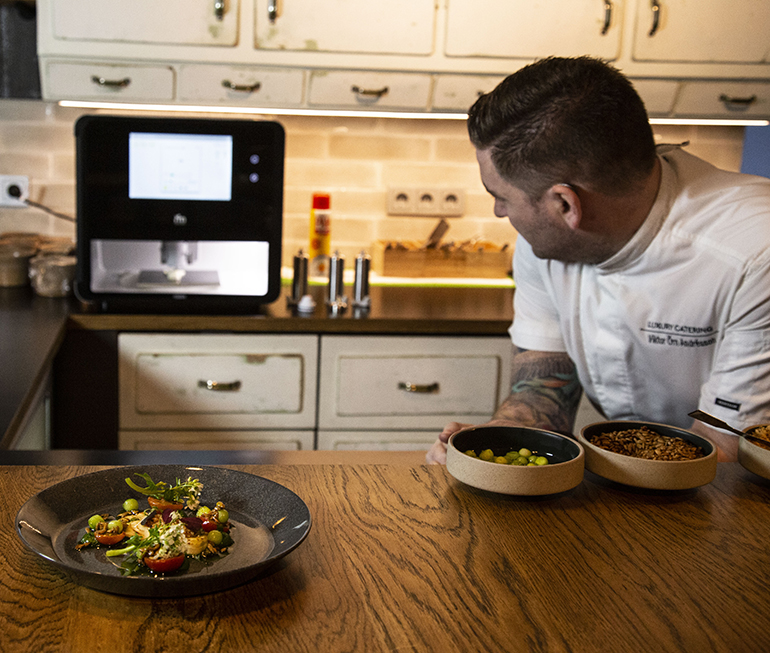 For example, he created an hors d'oeuvre by mixing haddock trimmings with meat from langoustines.

“I hadn’t known that you could print food. When I heard about it, I thought what a fun way to present dishes. You can create dishes in entirely new ways and do things you otherwise couldn’t do. We have created some amazing, fun shapes, and I think it’s a great technology to reduce food waste and utilize raw materials that may not be normally used,” says Andrésson.

Kristinsson echoes his point that Foodini is an effective resource to utilize what are ordinarily low-value products.

“And it’s also a fantastic tool to get the word out about better seafood utilization,” she says.