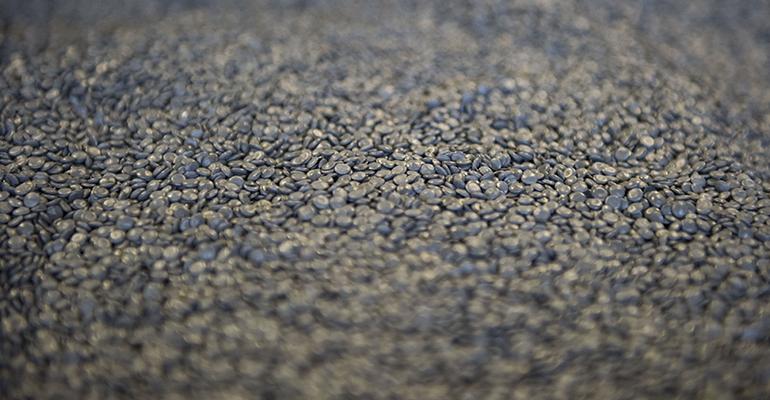 Much of plastic material is recyclable and even more would be if in its next life it could stand up against virgin plastics. Some tech companies say it can be done.

Most of the billions of tons of plastics that have been produced over the years is never recovered. In fact, almost 90 percent of it piles up on landfills, floats in oceans or gets burned, reports Closed Loop Partners. As it accumulates as trash, demand for plastics grows—it’s forecast to triple by 2050.

Much of the material is recyclable and even more of it would be if in its next life it could stand up in quality to virgin plastics. Now, some technology companies say it can be done. They, along with high-profile brands like Procter & Gamble and IBM, are working to advance such offerings.

In its study, Closed Loop Partners looked especially at processes that could break down plastics to take them closer to their original form.

“There are technologies out there that take polymers back using something other than a mechanical process. A mechanical process physically cuts material into small pieces and sometimes melts it, but depending on plastic type, it gets downgraded, so it can only be recycled so many times,” says Bridget Croke, vice president of external affairs for Closed Loop Partners.

Three technology categories to repurpose plastics caught the investment firm’s attention: decomposition, conversion and purification. Through its analysis, Closed Loop estimates these technologies could generate $120 billion in revenue in both the U.S. and Canada alone. 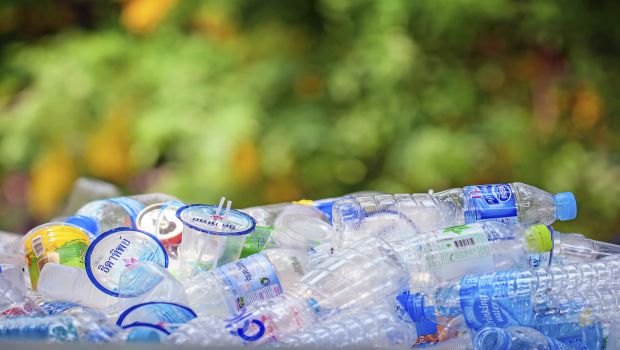 Decomposition separates polymers and takes them back to a monomer, which is one component in the plastic chemical chain, enabling it to be built into plastics of a virgin quality.

Conversion leverages heat technologies like pyrolysis, which takes plastic back even further than a monomer. It goes back to hydrocarbons and Petra chemicals. Then, it can be turned into various outputs.

Purification does not change the chemical structure of polymers but extracts impurities. It leverages a catalyst to decontaminate polymers and remove color and odor.

Loop Industries, a Montreal, Canada-based technology company, has a depolymerization process that breaks down polyethylene terephthalate (PET) and polyester into their base ingredients. The process eliminates dyes’ coloring and impurities.

“First, we eliminate non-PET materials. Then, we purify monomers back to their original form. Then, we build them to a new PET or polyester fiber of a higher quality,” says Daniel Solomita, CEO of Loop Industries.

“By breaking it down into base ingredients, returning each one to its purest form and building it up, we can make it what it used to be. Or we can make something of a higher quality. That’s the essence of a circular economy,” says Solomita. 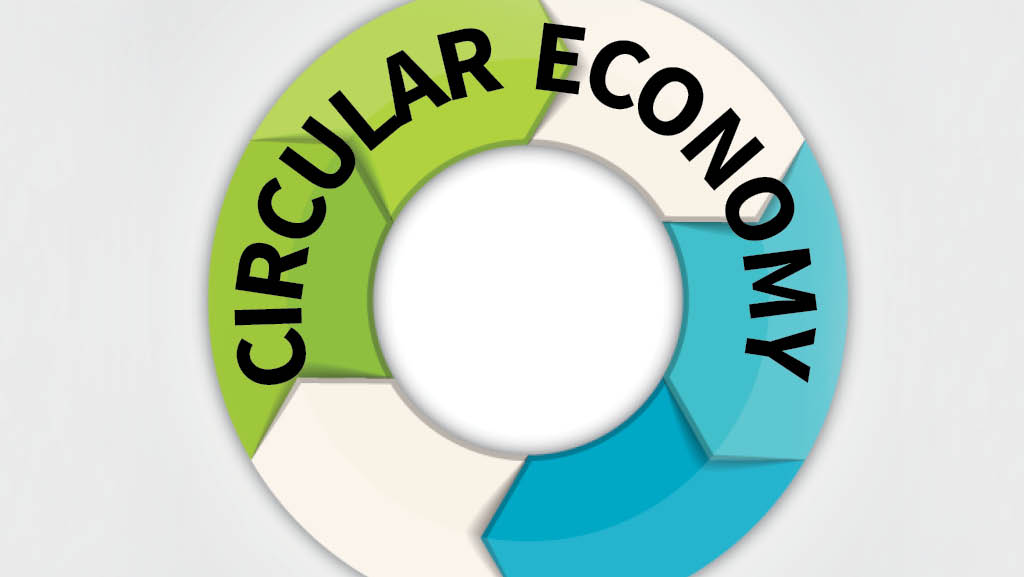 The feedstock may come from carpets and textiles and be turned into water bottles for manufacturers.

Loop has long-term contracts with Coca-Cola, Pepsi, Dannon and other brands and is also doing trials with several brand owners.

The company is building its first full-scale manufacturing facility in Spartansburg, S.C., in partnership with PET producer Indorama. Slated to launch at the end of 2020, it will make 90 million pounds a year of PET resin to go into bottles.

ThyssenKrupp, a global firm that builds Petro chemical plants, is designing and constructing the plant. The plan, says Solomita, is to continue working with the company to build facilities around the world.

Procter & Gamble and PureCycle Technologies have introduced a technology that purifies feedstock that works with polypropylene (PP).

Rather than unzipping plastic molecules back to fundamental building blocks, the technology uses a dissolution process. It decontaminates, sorts and cleans, eliminating colors and odors. It’s simpler with fewer steps and uses less energy, according to John Layman, section head of corporate research and development for P&G.

Brantford, Ontario, Canada-based GreenMantra Technologies redesigns plastic molecules through a chemical process that falls under conversion technology. The process redesigns the molecule of a plastic but keeps the chain of building blocks connected. This allows the ability to maintain the plastic’s integrity and create new materials that have more applications. 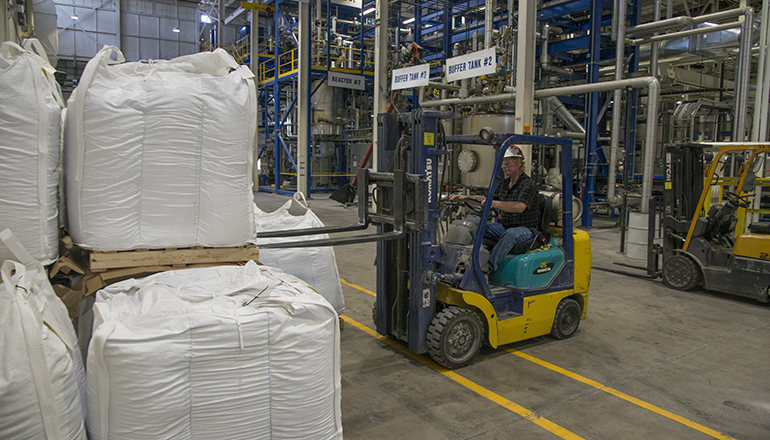 “We are essentially making the chain of polymers shorter and in doing so are changing the properties of plastic. We can convert waste plastic to polymer additives that go into other products to improve performance,” says Domenic Di Mondo, co-founder of GreenMantra Technologies and vice president of technology and business development.

The company’s commercial plant in Brantford converts thousands of tons of PE and PP a year including bottle caps, carpet fibers and plastic film. It plans to double the facility’s capacity by the end of 2019.

Wax is the primary commercial product, which is used in asphalt roofs, roads, plastic wood decking and other materials with plastic parts.

“By redesigning the molecule, rather than just remelting plastic or turning it into fuel, we create what can go into markets and applications that other waste plastic couldn’t in their traditional form. We can take advantage of underutilized streams that may have been landfilled while creating new markets and, as a result, demand for recyclers,” says Di Mondo.

Commenting on the evolution of these new technologies, John Standish, technical director of the Association of Plastic Recyclers says, “While there are a wide variety of ways to recycle plastics and we want to encourage evaluation/development of all of them, my view is that collection of plastics is the major hurdle we need to address for recycling processes to be effective … The success of these ventures requires new approaches for collection, sorting and aggregation of waste materials to feed their processes.”