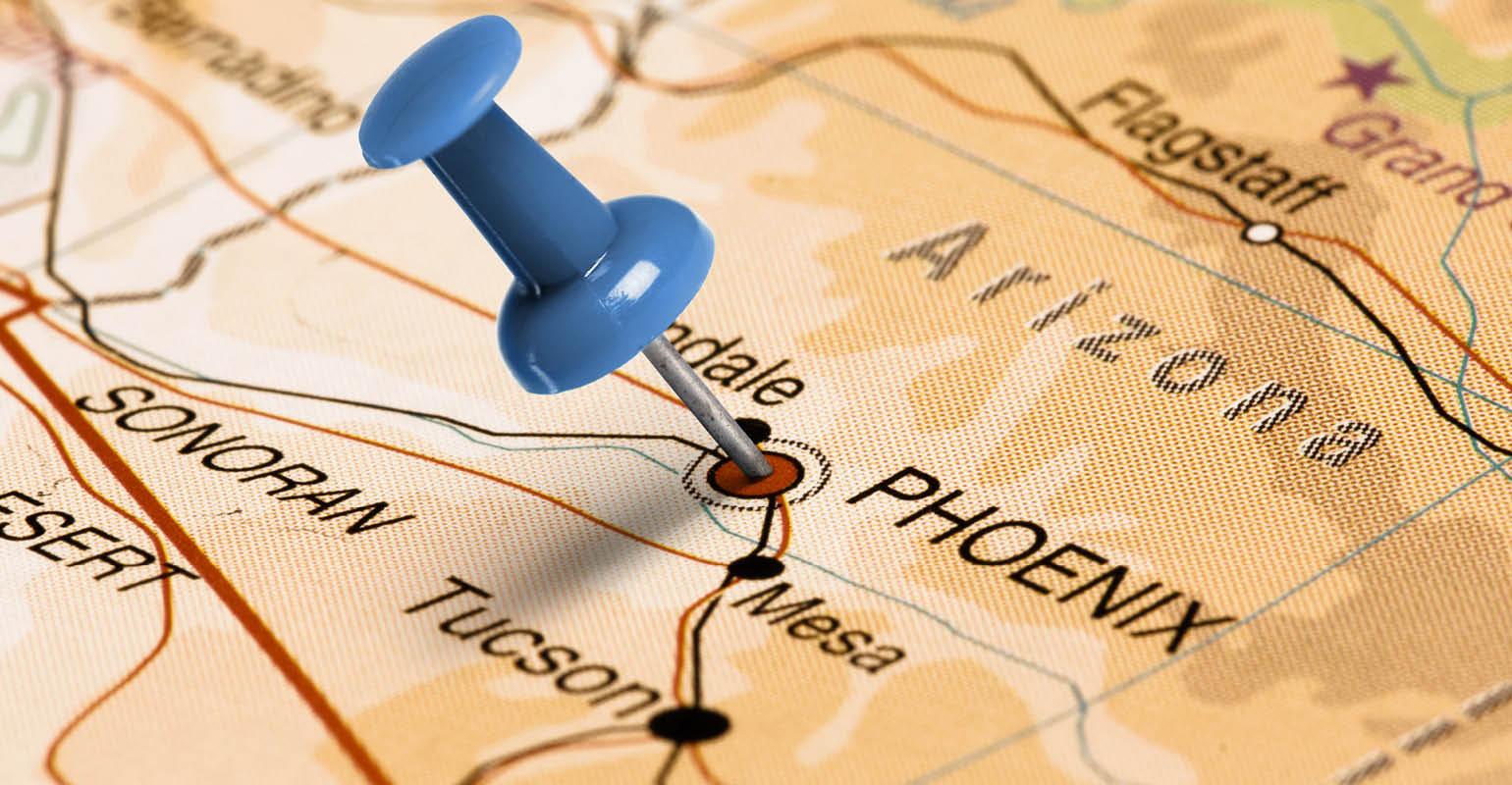 The city of Phoenix set some ambitious waste reduction goals in 2013, including achieving a diversion rate of 40 percent by 2020 and reaching zero waste by 2050. In the years since it has launched several initiatives to achieve those goals. The most recent push includes the launch of the Green Business Leader Program, which aims to encourage businesses to establish recycling and waste diversion programs.

While the city’s public works department handles collection and disposal of solid waste and recyclables for more than 350,000 households and some small multi-family units, thanks to a decades-old ordinance, city does not provide solid waste collection service to commercial or industrial establishments or to any building with more than 30 multifamily dwelling units. Some environmental groups and residents of multifamily buildings hope to persuade the city to change the law. In the meant time, the city has put forth the green business program to encourage commercial recycling, and to recognize businesses establishing policies and practices for waste diversion.

Excluding public and private businesses, makes it difficult to gauge how much those companies and large multifamily buildings are recycling, as they are not required by law to report diversion rates. Still, Joe Giudice, the city’s assistant public works director, estimates the city has a 20 percent diversion rate and as programs and efforts continue to build and grow, he expects the diversion rate to improve.

The goal of the business leader proram is to connect with businesses to provide assistance where needed to implement or expand recycling programs at their locations, says Giudice. Through the program, the city can provide resources for the company while learning about practices happening in the business community and an idea of how successful businesses are in diverting waste through quarterly reporting required to keep certification.

It builds on other efforts under the Reimagine Phoenix umbrella. The city has also partnered with Recyclebank to help give residents incentives for recycling and is working with Arizona State University on the Resource Innovation and Solutions Network (RISN), a platform where the public and private sectors can come together to develop and share ideas for turning difficult waste streams into opportunities.

Law firm Steptoe & Johnson LLP is a participant in the program. Kami Galvani, a counsel and chair of the firm’s community services committee, says she knew replacing plates and cutlery in the kitchen with paper and reusable plates and cutlery in the kitchens along with its single-stream recycling program would likely qualify them for the city’s program. Additionally, the 30-year-old Phoenix firm offers employees a collective donation program to pass on old clothing, tattered towels and other items that employees may no longer have a use for at home. It allows for collection of those items that are greatly needed by animal shelters and other charitable organizations. Everyday items like plastic bottle caps, toilet paper tubes and fabric are sent to a reuse store for teachers for use in classroom activities.

That is an example of the circular economy that Giudice says the city of Phoenix is hoping to accomplish with both residents and businesses, keeping products from being buried at landfill and instead finding a way to reuse or repurpose them.

As it turns out, Galvini was right. Steptoe & Johnson earned its Green Business Leader Program certification in June. However, that’s not the end of the story.

Last week, the law firm started composting program. In what Galvani considered a great indication of what composting will add to the catalog of environmental endeavors, a catered luncheon, attended by all employees, was held as the program launched. Everything leftover at the luncheon was destined for either the compost bin, the recycling bin or the sink for washing. Just soy sauce packets and fortune cookie wrappers headed to the trash bin.

“When lunch was over, there was almost nothing left in the trash can,” says Galvani.

It was city hall, she says, which has its own composting program, that introduced Galvani to a hauler who picks up a bin full of food scraps and exchanges it for an empty bin.

Composting is something Giudice says will play a larger role in the coming years to curb the amount of waste headed to landfill.

“As we work toward zero waste organics is a large component by weight,” says Giudice.

City hall and other city buildings are composting to help reduce the amount of organics going to landfill and to be an example to area businesses like Steptoe & Johnson, as to what can be done with that waste.

As the programs at the law firm continue and steps toward these environmental practices continue, from management to employees, Galvani says everyone seems to be on board.

“Most of them are very, very excited about it,” she says.